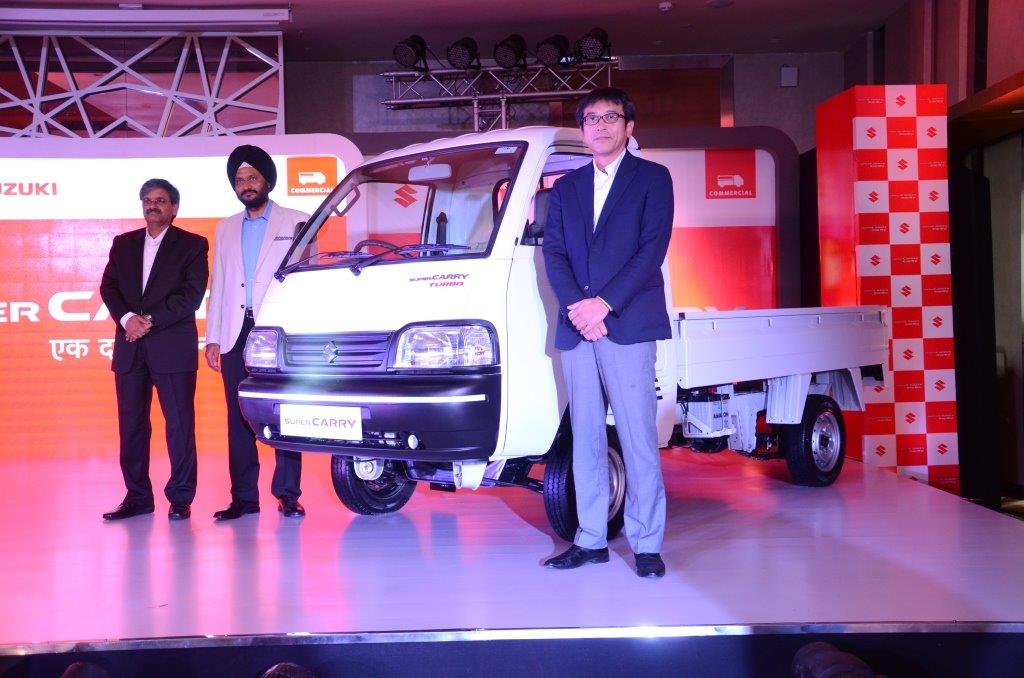 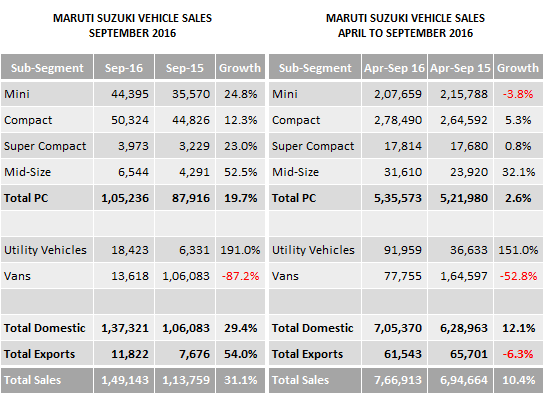 Over the course of the month, the company commenced sales of its newly launched Light Commercial Vehicle “Super Carry” (it sold 44 units in September, totaling 83 units for this year). It comes armed with 793 cc diesel engine it comes with a loading capacity of 740 kgs. Maruti has invested Rs. 300 crore towards the development of this vehicle. The target currently stands at 50 showrooms (the dealerships will be set up in a small area of 500 sq ft to keep dealer overheads low) across five states exclusively for its LCV sales via a new commercial sales channel by the end of 2017. Super Carry is also exported to South Africa and Tanzania and will be exported to SAARC countries in the future.

Mid-September, the company entered into an MOU with Uber to train over 30,000 individuals/Uber partner-drivers safe driving over a period of 3 years. As per the MoU, Uber will provide qualified leads of potential driver-partners to Maruti Suzuki for facilitating them with commercial driver training.
More recently Maruti Suzuki attained cumulative exports of 15 lakh (1.5 Million) vehicles exported to over 100 countries including Europe, Latin America and Africa. In 2015-16, the top five exported destinations include Sri Lanka, Chile, Philippines, Peru and Bolivia.
Related Post: Hero MotoCorp Rides Into The Festive Season With Its Highest Ever Sales In a Month
Maruti has also kickstarted its pricing war on account the festivity seasons and also is closing the launch of its first compact crossover, the Ignis. Ignis will be the first Maruti Suzuki car in India to feature the Harmon Cardon audio system.
Here is a video captured by the user during on road testing: 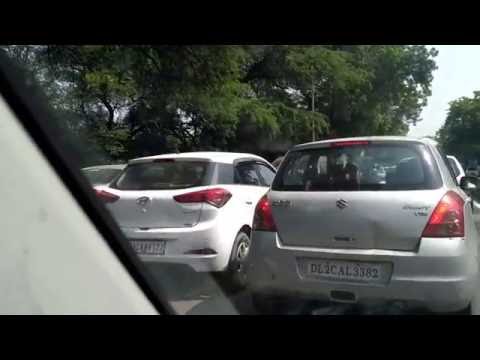 Suzuki Motorcycle has laid plans to use Maruti Suzuki dealers to sell Suzuki motorcycles in India as well as create a common pool of suppliers to both the companies so as to bring down cost of components.
Maruti Suzuki has already deputed some of its staff to Suzuki’s key roles in plant production and purchase while Suzuki Motorcycle has shifted its office to the same building in Delhi’s Vasant Kunj where Maruti Suzuki is headquartered.
Maruti’s Gujarat plant is well on its track to start production in Q4. The company’s Marketing Head – R. S. Kalsi mentioned that the company may start off the production with the Baleno which currently has over 35 weeks waiting period along with Vitara Brezza. However we think the company may have plans for the production of the LCV Super Carry so that it can start exporting them from the close by Mundra Port to the International Market.
Like it or hate it, do leave us with your reviews in the comment section below.