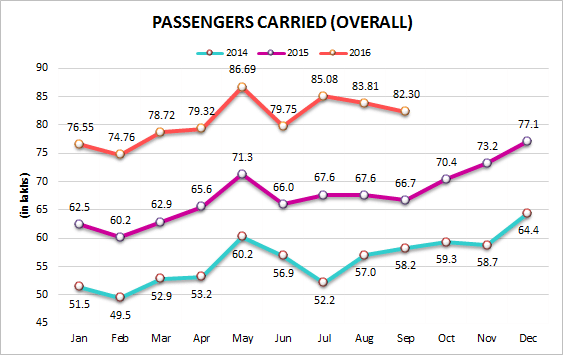 We bring you the “Domestic Airlines Report Card for India” for the month of September, 2016. We take a look at the Number of Passengers carried, Market Share of Each Carrier, Passenger Load Factor and others. (Here is the Report Card for August, 2016) 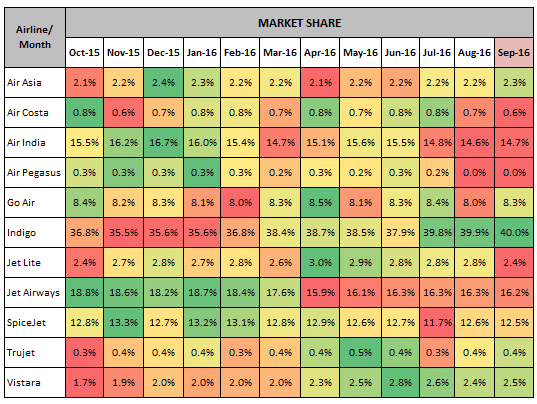 Indigo Airlines  – the market leader with 40% market share, carried 32.96 lakh passengers compared to 24.3 lakh passengers during the same month of the previous year, resulting in a growth of 36%. 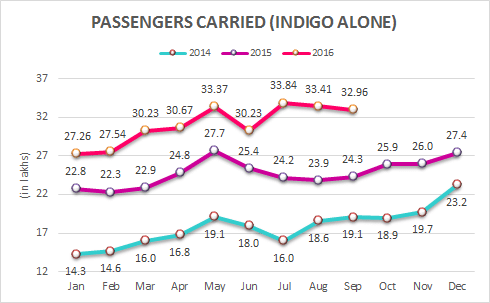 Passenger load factor, or load factor, measures the capacity utilization of public transport services. It is generally used to assess how efficiently a transport provider “fills seats” and generates fare revenue.
Go Air and SpiceJet reported better Load Factor i.e. >85%. Indigo reported PLF at 82.1% maintaining an avg. of 84.1% over the past 12 months. The company also received its 4 additional A320 neo’s taking the tally to 10 currently. 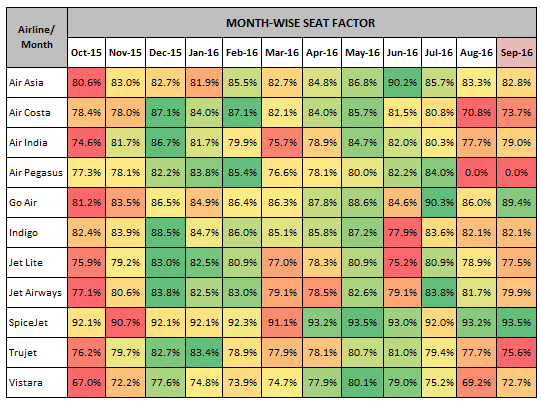 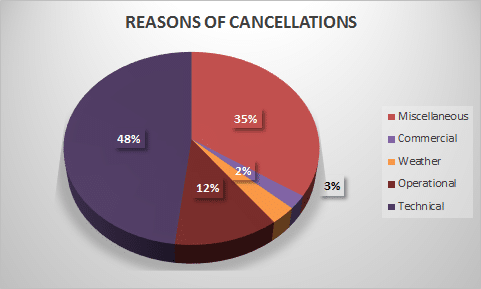