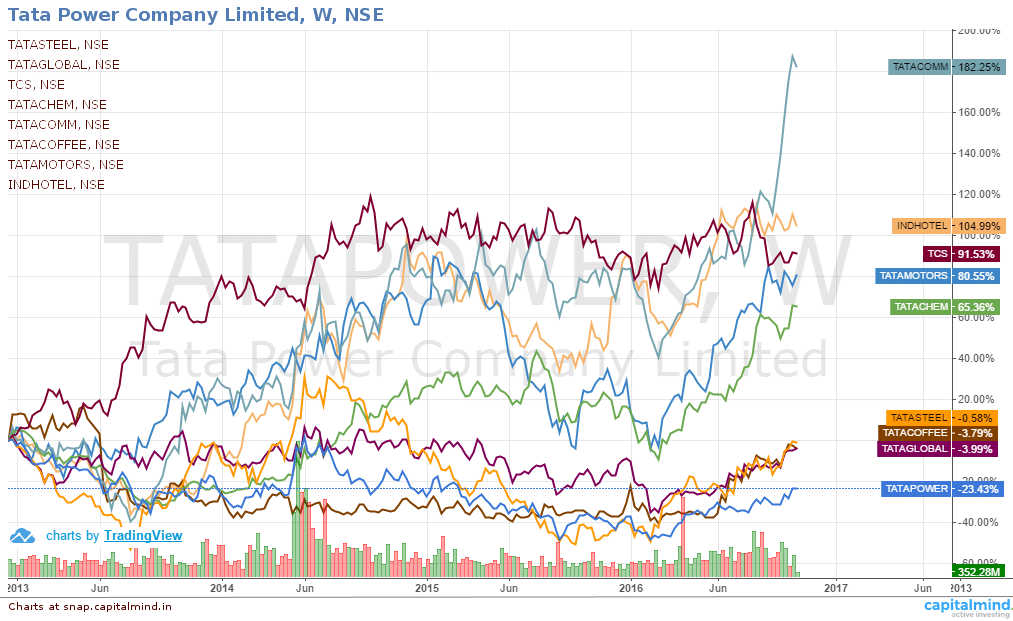 Cyrus Mistry has been removed from the helm of the Tata Sons businesses. In a tersely worded press release, the Tata Sons’ board, which oversees ownership of many Tata companies, said that Mistry was no longer the Chairman and that they have a committee selected to look for the next Chairman. Till then, Ratan Tata will be at the helm.
There are suggestions that this might be led by performance, or the lack of it. Or to his “avoiding difficult decisions and not doing enough to restructure” the Tata group. (FT) And then, in hushed whispers, people ask if there was something more to it. Already people wonder if he was trying to rock the boat too much, by selling non-core assets and low margin businesses, and getting more focussed on productivity.
The Tatas don’t do anything in a hurry. Even their replacement for Ratan Tata (by Cyrus Mistry) was a year-long affair. They wouldn’t just replace someone for “not enough performance” – given that he had really no clue that, for instance, steel prices would crash to massive lows or that post-Brexit things would turn rough for JLR.
It does mean that things have happened in certain Board meetings that we will never be privy to, and those things may be what resulted in an abrupt departure. But let’s not have too much in terms of conjecture – we can invent anything in our heads and make stories that are detailed enough to be believable, but don’t we get enough from a certain chief minister anyhow?
Let’s take a look at some of the bigger Tata companies and how they’ve done in the time Mistry was at the head:

This doesn’t include Tata Elxsi which is off the charts – a record 460%+ in the same time. Mistry is on the Elxsi board.

Will Cyrus Fight Back?

Cyrus is the son of Shapoorji Pallonji, who owns the largest shareholding in Tata Sons at 18% or so. But the trusts (controlled by Ratan Tata) collectively own more, and they can force his ouster. The Dorabji Tata Trust and Ratan Tata Trust own about 66%.
You would expect that such a sudden change will result in some form of protest, especially if everything is kosher and clean. So this saga will probably see a lot of back-and-forth accusations, and any big plans in the Tata Group in terms of asset sales or restructuring will be held up for a while.
Apparently, in 2013, the Tata Sons’ Articles of Association was changed to allow supreme control to the two Tata Trusts to appoint any future chairman. And this power also includes the power to remove a Chairman.

No one knows. Everyone guesses. It’s all a matter of time, just wait it out. If you have so much invested that you will lose sleep over some boardroom battle, then you should sell everything and put money into fixed deposits in public sector banks.
The fear of a prolonged legal battle – if Cyrus should take the legal course – will impact Tata group functioning in some way, but we don’t exactly know what. While Mistry’s job was to drive his CEOs, it’s evident that Ratan Tata won’t be too bad in that department either.
And then, this is a time when markets seem to recover very fast from actual bad news, so we would suggest that you take any knee-jerk market reactions as problems for other people.
What we need to understand really is whether the reason for Cyrus Mistry’s exit is an issue that could hurt group company performance over the longer term. In some cases, there was this strong belief that Mistry would change things – like in Tata Steel, and perhaps in Tata Power too. So while these stocks might hit a speed bump, we think it’s better to wait till we know the real reasons for the exit and what kind of boardroom battle emerges next.