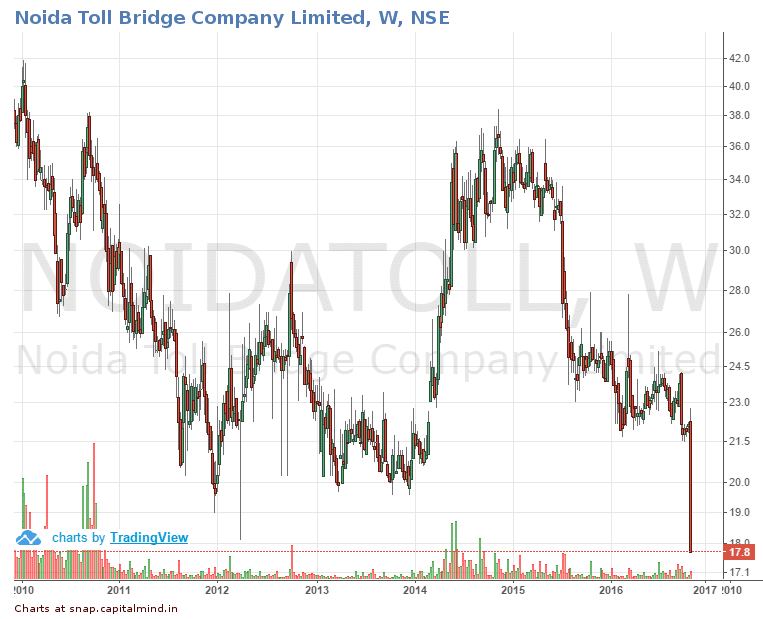 Noida Toll Bridge has just received a shocker from the Allahabad High Court. The court, hearing a PIL from Noida Resident Welfare Associations, has produced a judgement that Noida Toll Bridge Company can no longer charge a toll to users for driving on the bridge.
This is a big problem because this is nearly all of the income the company makes, and the stock is therefore down 20%.

What Really Has Happened?

That judgement is a ludicrous 121 pages long and so we have to decode it for you. 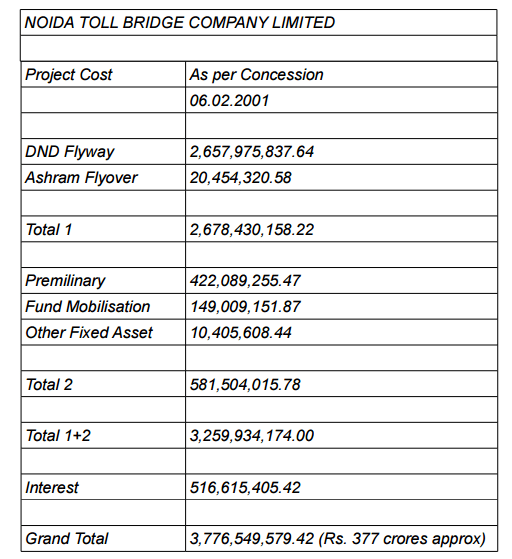 What Happens to the Company?

For one, they will stop charging any toll on the bridge. That reduces their income substantially. 80% of revenue is from tolls. (They make about 12% from ads, and some other miscellaneous items)
They will also appeal the order, according to their official statement. This will go to the Supreme court, which could overturn the HC order.
They will  have only Ad and other income, which probably add up to only about Rs. 30 cr. or so. That doesn’t pay for much of the expenses they incur so they better find some other way to pay for it (or get NOIDA to reimburse it).
The company, as a dividend paying entity, is in trouble. Unless the Supreme Court gives a stay on this order, it means the company will bleed cash and have nothing more for itself. The assets it currently owns (the bridge) has to be transferred – by contract – in fifteen years, so it has really nothing in terms of assets.
Disclosure: This stock is part of one of the Capital Mind Premium portfolios. Yes, we’ve lost some 20% on it. At the moment, however, even if we assume a loss of 50%, the total portfolio gain would be 17.91%, since other stocks have more than made up such a loss. But yes, a loss is a loss, no two ways about it.