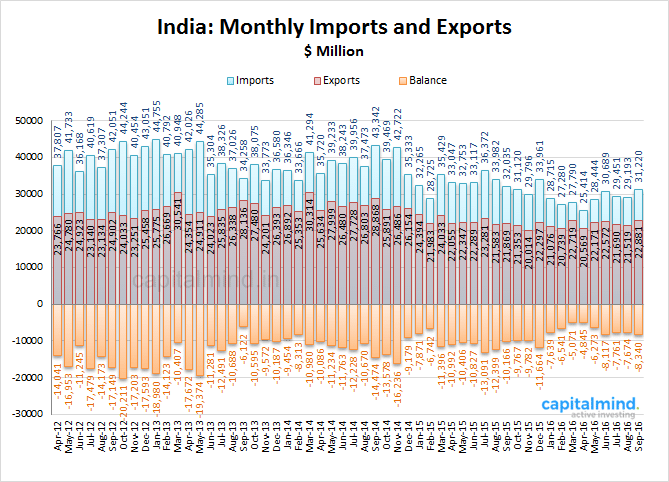 Finally, some green shoots in India’s merchandise trade numbers. Although we saw the trade deficit increase to $8.3 bn, the highest since December 2015, the good point is that both imports and exports went up. 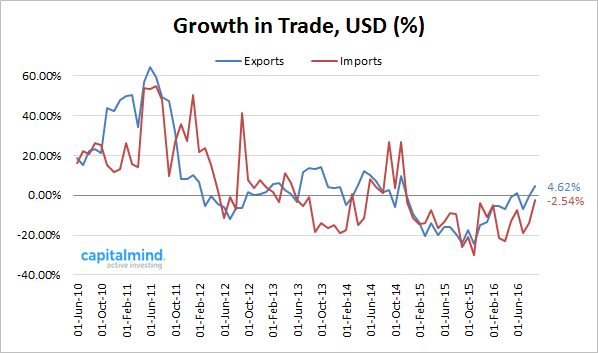 Oil imports have remained low for a year now, but non-oil imports – which is typically what shows an increase in demand in India, is showing some sign of an upmove. However, we have still contracted in non-oil imports (-4%) so we shouldn’t rejoice too early. 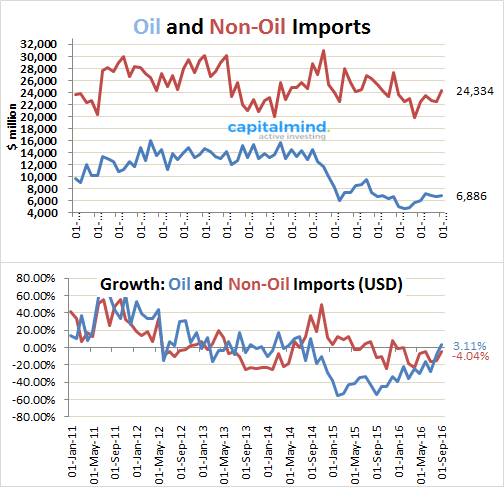 On the Service End: Not Good

While we have a deficit in physical trade, the services end is usually positive – typically IT. But trade in services has contracted, and quite a bit, at -8% from last year. The balance remains low at about $5bn or so, and this is a negative for trade. 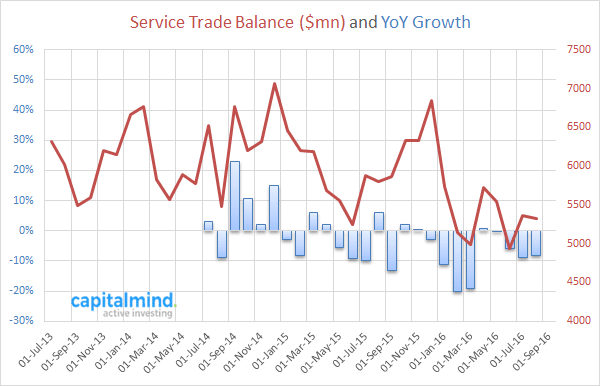 Trade – imports plus exports – had been falling as an aggregate number. That seems to still be under pressure at nearly 10% decline from last year, but at least it’s a graph that seems to show a sign of recovery. The charts above show some health in imports and exports, but the drop in service exports and overall sluggishness in trade is a bad sign. The whole world is like this – pensive and slowing. This time we see some signs of trade revival, but like we have seen earlier, many signs come and die just as fast. The drop in service exports means a slowdown in infotech exports, and that’s reflecting in IT company numbers as well.