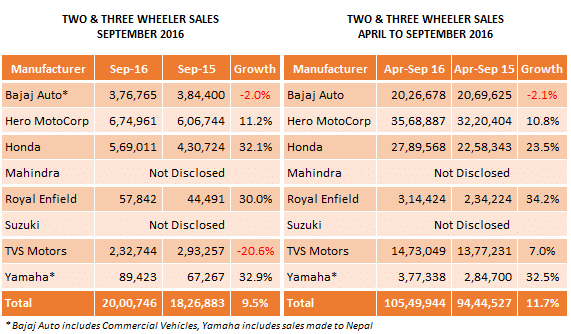 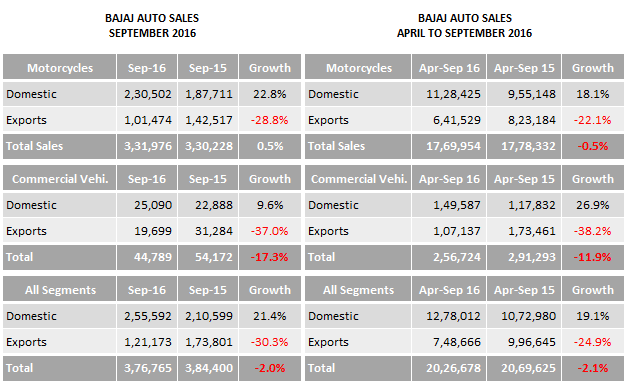 With a target plan to increase the current installed capacity from 6.06 million units per annum to around 6.24 million units per annum by March 2017 and launch of the new low-slung and butch-looking VS400 this November Bajaj is taking the fight smack to Royal Enfield. The bike is rumoured to be named ‘Kratos‘ and will be sold under the premium motorcycle brand umbrella. 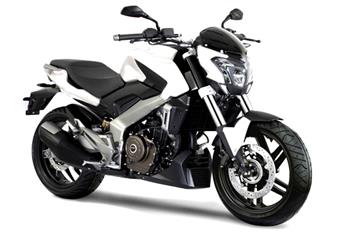 The company is also targeting Royal Enfield customers with a Happy Brotherhood Day ad features both the companies cruisers while 75% of the ad space has been given to Royal Enfield. 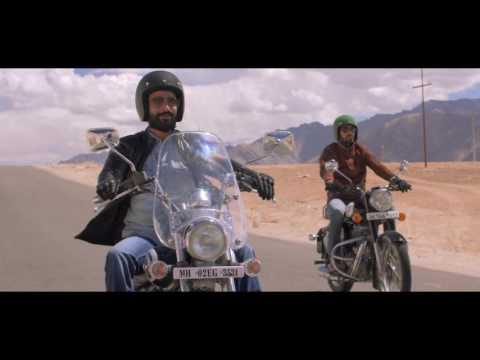 You can catch the detailed analysis of here: Hero MotoCorp Rides Into The Festive Season With Its Highest Ever Sales In a Month 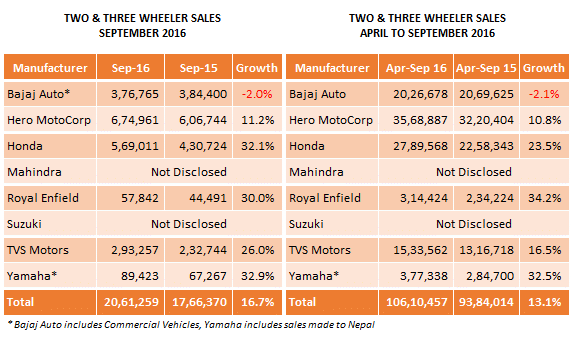 Honda Motorcycle and Scooter India (HMSI) has broken all its previous sales records at the onset of festive season.

“September was a historic month for Honda. The positivity in the economy led by 7th Central Pay Commission, One Rank One Pension (OROP) disbursements and favourable monsoon has translated to a robust return of demand in two-wheeler sector ahead of festivals.

With total sales breaching 5.68 lac units in September’16, Honda is the volume driver of 2Wheeler industry in India! Honda’s festive planning started 6 months back. By leveraging the 12 lac addition production bandwidth coming from 4th plant, Honda is for the first time ever ensuring ready availability of all its models including Activa throughout the festive season right up to its last mile rural network. Overall, led by festive buying, Honda is confident of a bumper October sales.”

Honda 2Wheelers India total sales grew 32% to 569,011 units in September’16 compared to 430,724 units in Sept’15.
The company has also commenced exports from its 3rd plant in Narsapura (Karnataka) and has launched various benefits for its customers including direct cash benefit to Central Government employees and PSU employees and also providing a limited period exchange bonus of Rs 1,500.

Royal Enfield total sales grew 30% to 57,842 units in September’16 compared to 44,491 units in Sept’15.
Rumors surrounding the absence of the model on the company’s site with dealer confirmations of clearing their existing stock, the Chennai-based two-wheeler manufacturer of the thud thud thud Bullet denied discontinuing its 350cc motorcycle Bullet Electra. 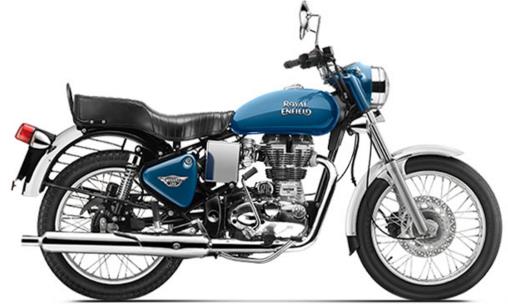 The company’s spokesman mentioned that there were no plans of discontinuing the motorcycle but rather will be sold under different name which is Bullet 350 ES (Electric Start).
On the other side of the fence, its Commercial Vehicle arm Eicher Trucks and Buses is looking to strengthen its market share in the 16T–49T heavy duty truck segment with the launch of “Pro” series. It expects a new peak with replacement demand picking up along with the demand for new additional trucks.
The company hopes to see a good demand from October on the back of the festive season especially in the light and medium-duty trucks. The customers can chose from a vide range since the company is present across all the variants from 4.9 tonne to 49 tonne and adding to the growth will be the movement of higher tonnage trucks from better roads.
Eicher’s plant in Pithampur which manufactures Euro VI norms engines are already being expored to international markets which acts as an edge once the BS VI norms kick in moving ahead.

Japanese two-wheeler manufacturer, Suzuki Motorcycle India is still to disclose the sales numbers for September.
Related Post: Maruti Suzuki Clocks in Highest Ever Domestic Sales, Growth at 31%
Suzuki Motorcycle India launched special editions of both Motorcycles and Mopeds i.e. Special Edition of Gixxer SP, Gixxer SF SP and Access 125 (The Gixxer is one of the company’s most successful and admired street sports bikes well accepted by the Indian youth).
The company is planning on ramping up its manufacturing capabilities (Suzuki has its productions plant in Gurgaon with a capacity of producing over 5 million units annually) by building another unit in the southern part of the country. All this to capitalize on the opportunities present in the Indian market.

Satoshi Uchida, MD of Suzuki Motorcycle India has a mandate to replicate the success of the brand’s flagship company in the country, Maruti Suzuki. The strategy is to first increase the sales volume to create a better presence and to double the company’s motorcycle sales by 2020. The focus will also be on improving the factory operations for an output of a better quality product that can enter the International market.

Replicating Bajaj Auto’s performance, TVS Motors witnessed growth of 26% at 293,257 units in September’16 compared to 232,744 units in Sept’15.
Three wheeler sales stood at 5,808 units for September 2016 as against 11,773 units
in September 2015.
TVS Motors launched new colour variants for TVS StaR City+ and TVS Sport to mark the approaching festive season and also rolled out ‘24/7 Road Side Assistance Program (RSA)’ for its 2 wheeler customers across the country.

The initiative aims to resolve on-road problems faced by the customer through a 24/7 helpline and personal assistance. The services include spare key pick-up, fuel delivery and onsite repair which maybe extended to to cab arrangement, accident assistance and towing of vehicles.

Turning all heads, Yamaha posted the highest sales growth even beating Royal Enfield. Yamah witnessed growth of 32.9% to 89,423 units in September’16 compared to 67,267 units in Sept’15.
The parent company inaugurated its 2nd R&D centre in Chennai (closer to its factory more so to reduce compliance cost with ABS becoming mandatory from 2018 and introduction of BS6 norms by 2020). All products from this facility will be designed specifically for India. The company has already achieved localisation close to 90% and further looks to assemble and eventually complete end – to- end production.
Yamaha is also expecting an exponential growth on the backdrop of pick-up in sales in the last two month. With a growth target of 30%, the company plans to sell over 8 lakh two-wheelers this year compared to 5.5 lakh units sold in 2015.
Yamaha will have over 600 outlets by the end of this year and will continue to include 150 dealerships every year going forward.
Commenting on Company’s record growth, Roy Kurian, Vice President, Sales & Marketing, Yamaha Motor India Sales said,

“September has been a historic month for Yamaha. The total number of sales in the market reached an all-time high, which is a direct reflection of constant faith of customers along with the immeasurable passion shown by the network partners. Yamaha’s all round initiatives – sales, service, spare parts, network expansion and customer satisfaction – with exciting product line up and strategic customer engagement programs were also the key growth driver for Yamaha.”

“Yamaha’s sustained growth across segments has intensified its march towards the 1 million units mark and by 2017 Yamaha could hit the coveted number. The demand for scooters in rural markets will rapidly draw parallel to the urban figures and Yamaha will continue to drive its scooters in the non-urban markets for the rest of the year. The hike in the dispensable income among urban youngsters on the other hand, will exalt excitement in the higher segments where Yamaha has intensified its presence with the FZ series and the R Series.”