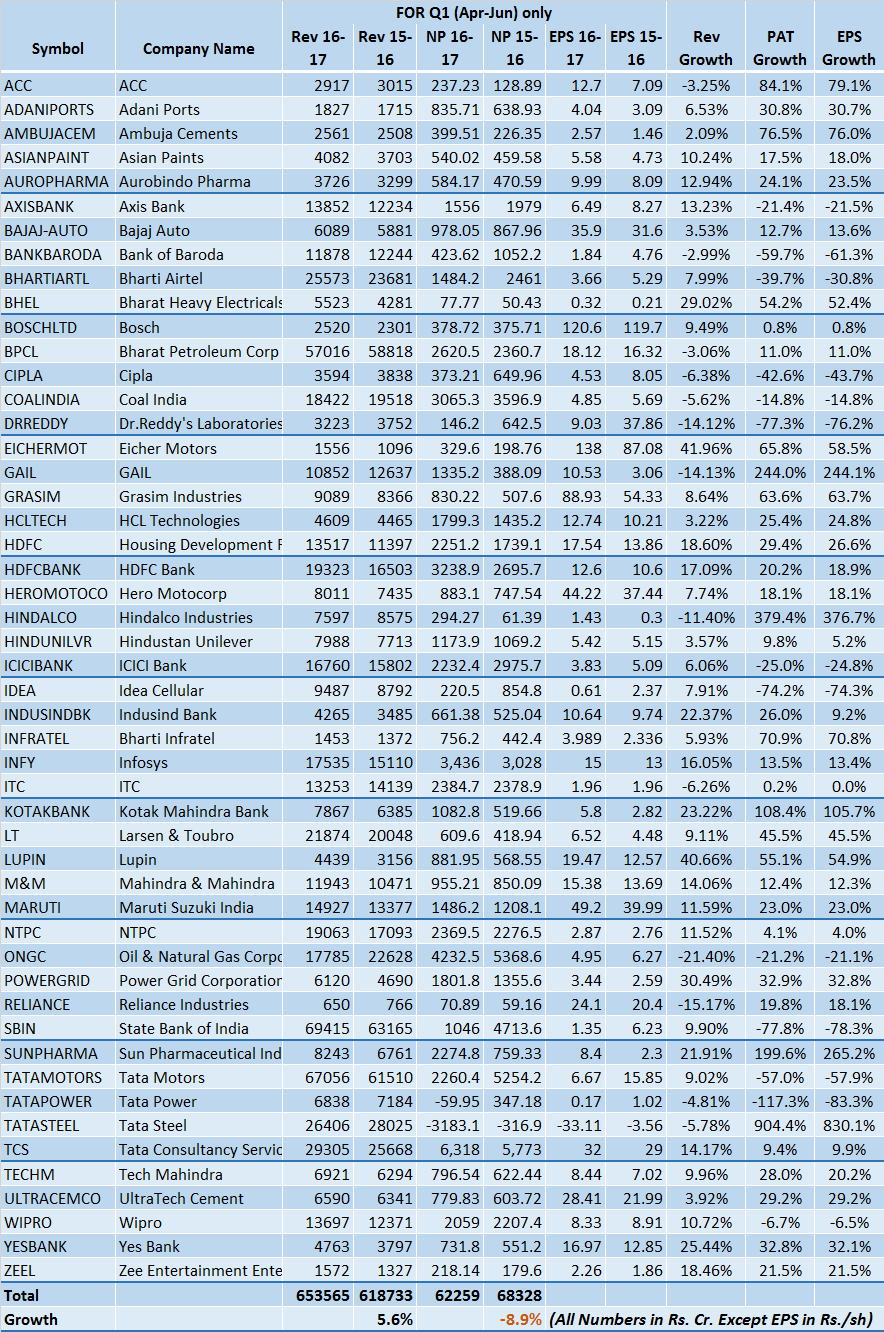 The 50 Nifty companies have announced results. And we have the verdict, they mostly suck.
Here’s the chart. Click for a larger image. 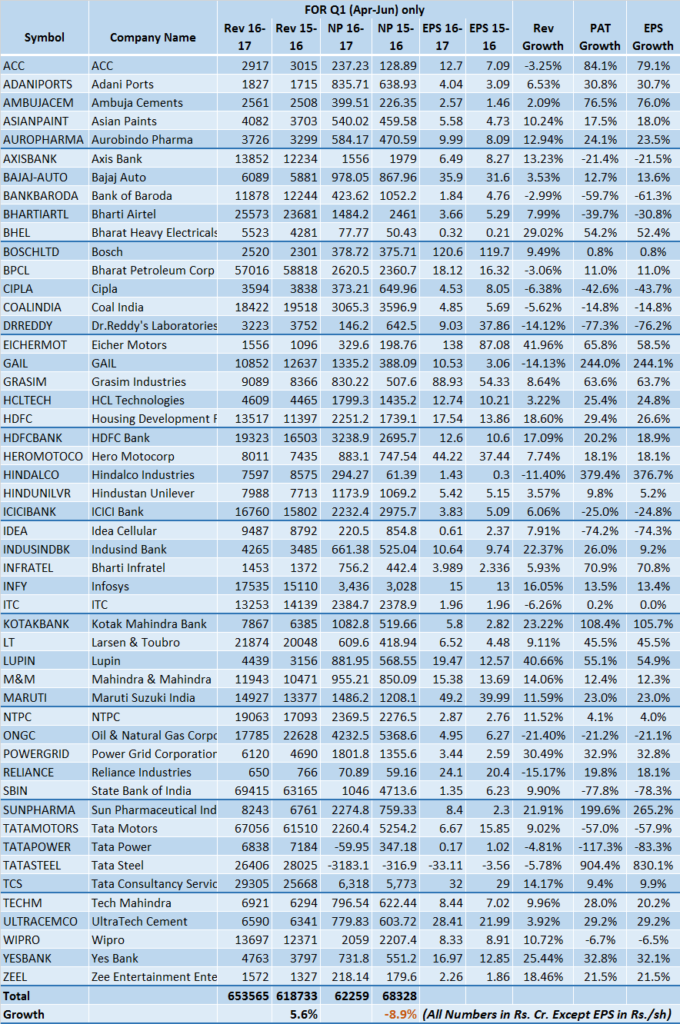 Overall, if we add up all the revenues, we see that these companies did about 5.6% more than last year. But profits are lower by 9%.
We have seen 8.7% Growth in March 2016, 15% Decline in Profits in Dec 2015 and so on. This doesn’t tell you how good the markets are – apparently they are expecting 25% growth in profits all over the Nifty universe!
This might just be good news. Because all bad news is good news. There will be a rate cut!