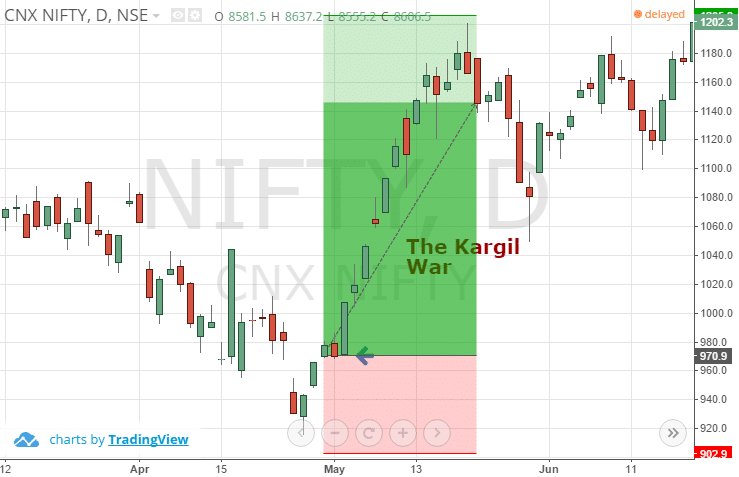 The Indian Army has conducted anti-terrorist operations in Jammu and Kashmir and that caused a flutter in the markets yesterday, but things seem to have calmed down. You will hear that war is good for Indian markets. Because, they’ll tell you, look at what happened in the last big war: Kargil. This was fought between the Indian army and the Pakistani Army between May and July in 1999. Ooh, you think, what an awesome move and war is good for India!

That’s a move from 970 on May 3, 1999, when Shepherds found Pakistani armymen in Indian territory, to June 26, when they were driven out and the war was declared over and the Nifty was at 1150. About 20% as a move!
But you have to see the context. This is the same chart, zoomed out a little more. The markets then were supremely volatile. I mean Kargil’s move was just a tiny blip. 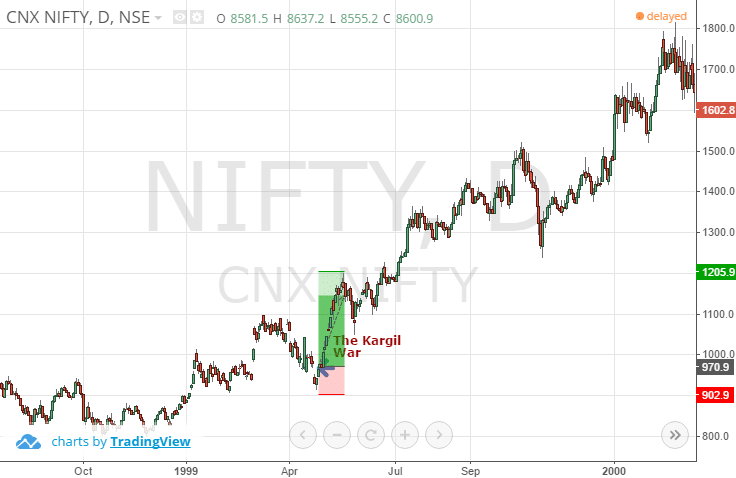 Don’t expect that because one war – Kargil – saw the market rise, that markets will welcome a war. They might, and they have done so a few times in the west as well, but in general, things have changed. Plus, we have a sample size of one event in the past – that’s like saying this coin will fall heads again because it fell heads the last time.