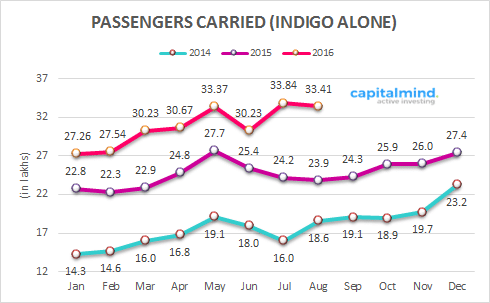 We bring you the “Domestic Airlines Report Card for India” for the month of August, 2016. We take a look at the Number of Passengers carried, Market Share of Each Carrier, Passenger Load Factor and others. (Here is the Report Card for July, 2016) 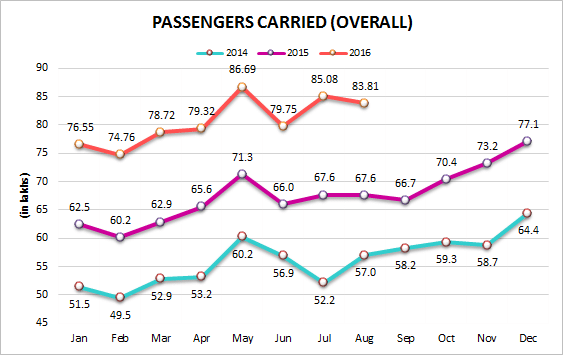 Indigo Airlines leads the field with a 40% market share – a steady double digit reaching closer to 40% of the market which would mean that 2/5 passengers have traveled via Indigo Airlines. 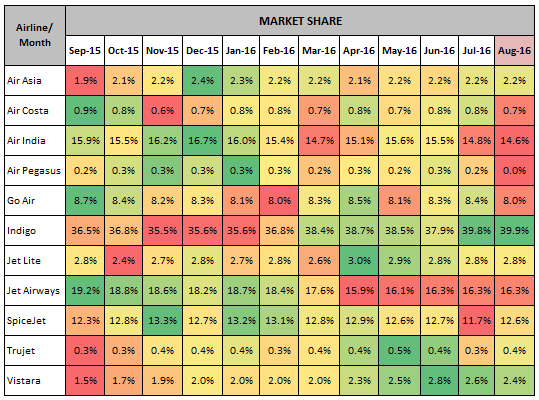 Indigo Airlines  – the market leader with +40% market share, carried 33.41 lakh passengers compared to 23.85 lakh passengers during the same month of the previous year, resulting in a growth of +40%. 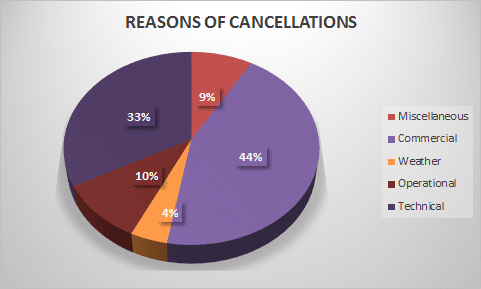 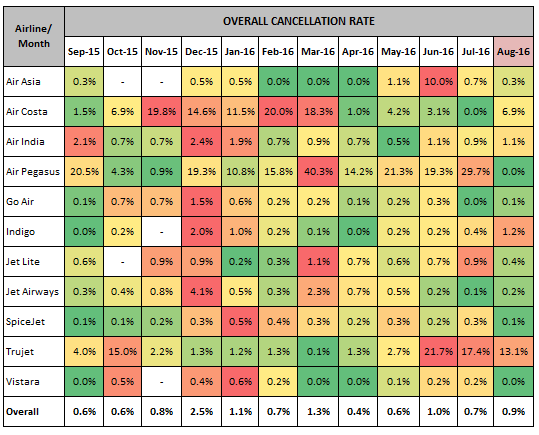