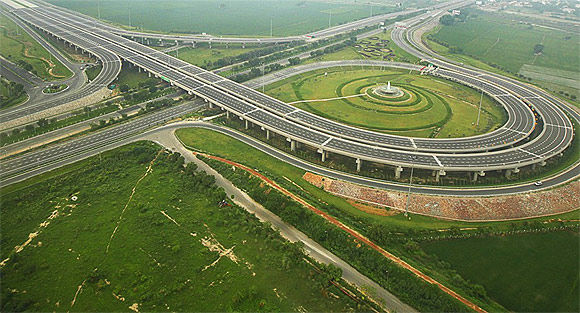 Why was this needed?

Usually most of the government projects (tendered by PSU’s like NHAI and others) were tendered with old item rates, which were not in accordance with market rates of equipment, labour or goods. This led to losses for the companies/contractors and in turn, the companies/contractors approached the arbitration panel for settling pending dues. The Arbitration panel usually hears from both the parties and submits a report based on the claims and arguments made by both the ends.
The panel which decides on the Arbitration settlement would take average time of 7.5 years. Even after that, PSUs would go to court to contest the arbitration. Which added even more time. And most of the arbitration reports were upheld by the courts and would add an extra interest payment for the PSU’s while settling the arbitration claim. This was the case during the pre 2008 construction sector boom, where PSU’s tendered rampantly and then contested payments. This was the major problem with the contractors working for NHAI projects and other large scale PSU legacy projects (likes dams, bridges etc.).
Thus the contractor and the PSU company both were on the loosing side as things went into standstill. With the new decision the private contracting companies have seen a new ray of light in terms of their pending dues.

Impact on the sector

The settled amount – or 75% of it – will be put forth in an escrow account, which can be used by the company to settle its pending debt or to fund its future activities.
This might help in two ways. First, the banks will find relief as stressed construction companies can now pay their long pending dues. Second, with less debt on their balance sheet and extra cash at disposal construction companies can bid for new projects. This move might indirectly boost the real estate sector as well, where a real estate project might find itself wanting for lack of infrastructure.

How Does HCC benefit?

The companies like HCC, which majorly take contracts from PSU’s have been benefited the most. HCC in its BSE filling has stated that with 75% of the pending arbitral claims being settled, it is able to reduce half of its debt.
Currently HCC has been awarded Rs 3000 Cr under arbitration process, of which 75% (amounting to Rs 2250 Cr) will be immediately settled. This settlement will reduce its debt by nearly 50%. Currently it has standalone debt Rs 4900 Crs on its balance sheet. The company furthermore added that another Rs 5000 Cr is till in arbitration process and hope to see an conclusive report in next 12-24 months. In fact it might end up wiping its debt clean slate in the next 12-24 months.
Currently HCC is paying 179 Crs as finance costs for the quarter ended June 30 2016. This amounts to 90.18% of the profits before finance costs and taxes! Effectively, if they clear debt, they might see a higher profit – and this is money due anyhow.

Other Companies to Benefit

There is bound to be a reaction from the side of the PSUs or from the public interest ligation folks who will say that companies like HCC overcharge and demand higher payments than they should get. The answer perhaps is not to create a slow process – if an arbitration panel finds no issue, then a payment should be made and later recovered if there is hanky panky found (by a higher court). After all these companies will still do business with government entities in the future.
This isn’t a bailout – it’s the fixing of a long pending process. Construction stocks will directly benefit but so will the banks that have waited long to be repaid.