Minister of State for Finance Santosh Kumar Gangwar said in a written reply to Rajya Sabha said that govt has collected s 69,809 crore via petrol, diesel cess in 2015-16. (Link)

#general: A tsunami of debt is building up in Tamil Nadu – and no one knows where it is headed

In the last ten years, Tamil Nadu has seen households’ debt go out of control. Why? (Link)

Gujarat chief minister Anandiben Patel on Saturday announced that all light motor vehicles will be exempted from paying toll tax on state highways. The new rule will come into effect on August 15 and will cover toll plazas on 21 state highways and not on national highways. (Link)

It is not just the opposition which is out to target Prime Minister Narendra Modi’s emotive connect with the river Ganga. Statistics show that very little has been done in the past two years of BJP rule – in spite of spending Rs 2,958 crore of the Rs 3,703 crore allocated – to improve the condition of the holy river. (Link)

#general: Cached Thoughts and Variations on a Theme

The gen-next of the Amin family has transformed the legacy business of Alembic Pharma into a generic formulations play and, in the process, put the company on an accelerated growth path. (Link) 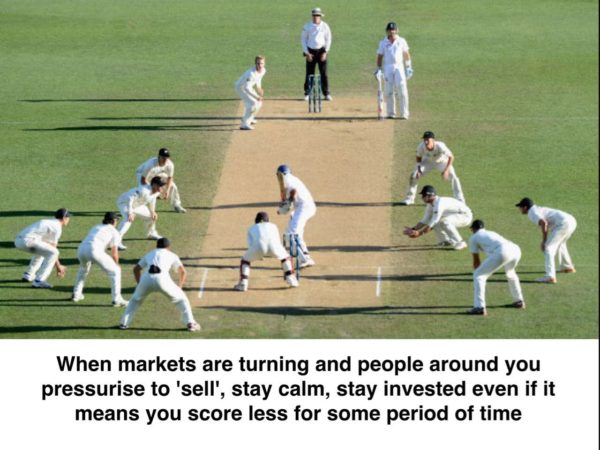 #general: A celebrity investment banker calls it a day

On September 30, as he turns 70, Kampani will step down from the institution he created to hand over the reins of the business to his son, 39-year-old Vishal Kampani, JM Financial announced on Tuesday. (Link)

#general: News in Numbers: Tax arrears less than Rs5,000 may be waived off

#general: I Trained Rats to Trade, and Win, on Wall Street Infographic: GST’s impact on various sectors decoded (Link)
GST’s IT backbone ready; Infosys to develop and run the project (Link)
GST Bill: What next? Step by step, until the rollout (Link)
GST Bill passed: Yes, there will be short-term pain but here’s why this is truly a substantive reform (Link)
10 Reasons Why GST Warrants A Generous Dose Of Scepticism (Link)
Post-GST rollout, govt to levy cess sparingly: Hasmukh Adhia (Link)
What are the pitfalls of GST? An open letter by MD of Tally (Link)
States lobby for GST rate of over 20% to curb revenue loss (Link)
Don’t listen to the politicians. Here’s why the GST might actually end up harming India (Link) The promoters of Mumbai-based Lovable Lingerie Ltd that once counted private investment firms Sequoia Capital and Nalanda Capital as shareholders, are looking to divest majority stake in the public listed firm, two people familiar with the development told VCCircle. The company has hired Kotak Investment Banking to find a buyer, one of the persons quoted above said. (Link)

Jet.com launched one year ago and raised more than $500 million. (Link)

High court questions the state on ‘stifling’ the start-up business through regulatory norms that create an ‘unviable’ environment while wanting to encourage start-ups. (Link)

On Monday China’s funds regulator announced that it had cancelled the licenses of over 10,000 hedge funds in the country’s financial sector as part of its crackdown on China’s poorly regulated fund management industry. (Link)

#general: How Fintech is digitally Disrupting the Financial World

#bonds-and-funds: Be Wary of Investing in FMPs

#general: Walt Disney Co Owns Less of Its Theme Parks Than You Might Think

Even though international sales are relatively small, they still show big potential. (Link)

#general: Trade volumes of dabba market in Rajkot fall to Rs 450 crore from Rs 2,500 crore due to weak realty & defaults

Today, the market has just about 20-25 active bookies; daily trade volumes have come down to about Rs 450 crore and trades happen in stock futures only. The weakness in the real estate market, coupled with several large-ticket payment defaults and strict police action, has shrunk the market. (Link)

#general: Fashion portals like Freecultr, Zovi and Fashionara on verge of closure

Sequoia Capital-funded ecommerce company Freecultr, which was in talks with Arvind Group for a possible sell-off, has shut down its website, say two people familiar with the development.(Link)

#general: Goldman Sachs fined over use of confidential documents

Goldman Sachs has been fined $36.3m (£27m) by the US Federal Reserve for using confidential documents improperly obtained from the central bank.
The Fed said Goldman Sachs had used documents, obtained by a former Fed employee, to brief clients during presentations. (Link)

All Indian airlines operating to Dubai have cancelled their flights for today. This includes IndiGo, Spicejet, Jet Airways, Air India, and Air India Express. Jet Airways and Air India have just one of two flights to the Gulf city. (Link)

#general: The Fight for Yield Has Crept into Emerging Market Equities

A Do It Yourself Investment Checkup Guide – Link
Brooks Price Action – Link
Free Books Download – Link
Patience is a key component of your edge – Link
Price Action Trading School – Link
The inefficiency of the market isn’t an open question – Link
The Most Powerful Force in the Universe – Link
The Parallel Universe of Indian Fintech – Link
To Test Where an Edge Is, You Have to Cross the Edge – Link