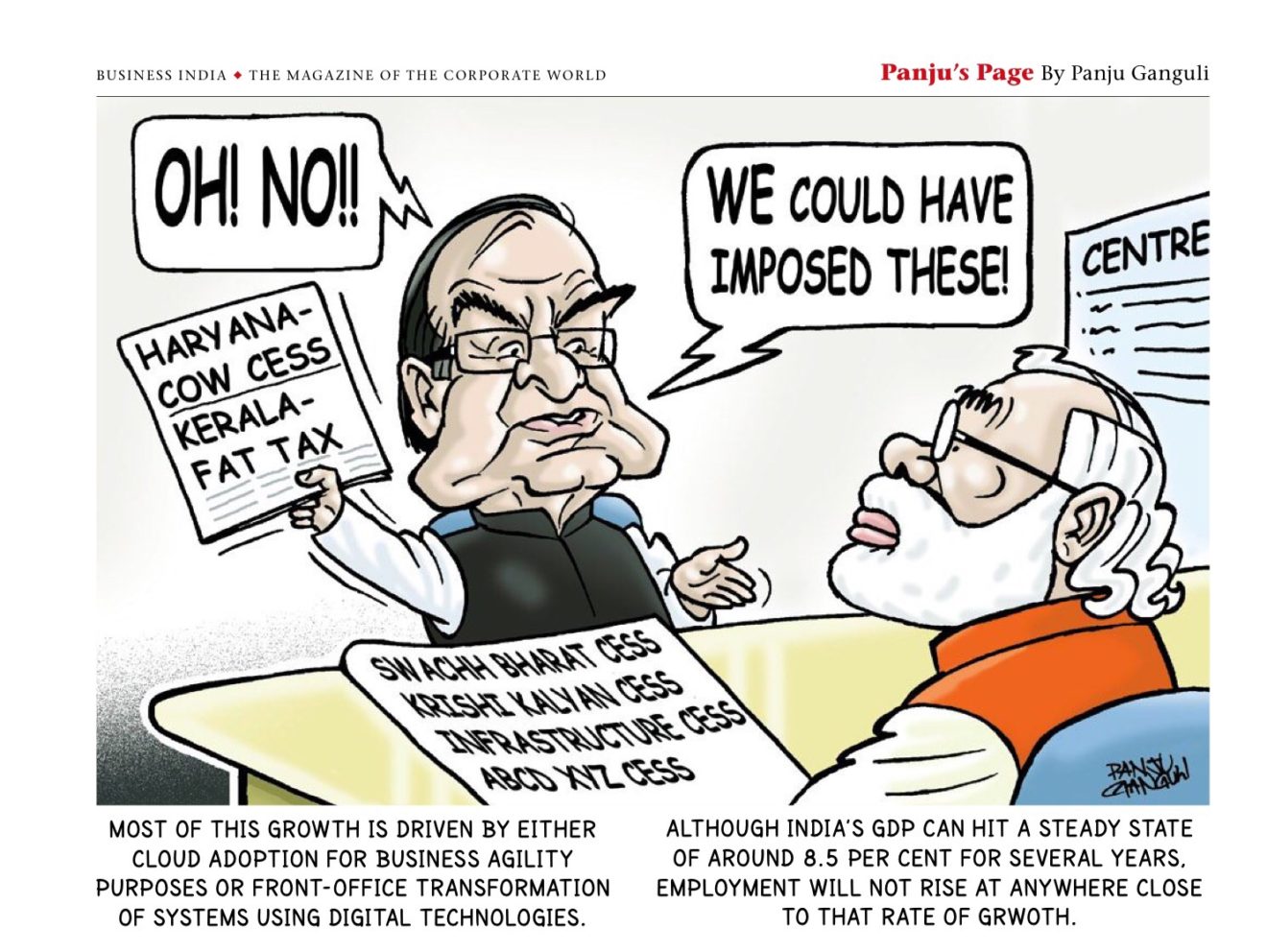 Here is a brief summary of some of the interesting things discussed on slack in the last few days:

Following an unprecedented credit expansion by China, which in the first few months of 2016 injected well over a trillion dollars in total credit, the payback – as previewed here – is coming. As reported earlier, overnight China reported that a swath economic activity, from factory output to investment and retail sales, slowed last month, reflecting renewed weakness in China’s economy. (Link)

#general: BSE expects 30-40% of its members to join its international bourse

The exchange has already started marketing the concept to its members and the first road show in India was organised in Ahmedabad. (Link)

#general: Soon, you can file an online complaint against airlines

Airline or airport operator will then have to address the issue in a specified period. (Link)

Sebi responds to a clarification sought by HDFC Bank, citing regulation on the matter. (Link)

#general: My first hand experience on how the Indian media reports imaginary things

Government has notified the revised tax treaty with Mauritius under which India will impose capital gains tax on investments routed through the island nation from April 1 next year in a bid to curb tax evasion. (Link)

#general: Why even the best investing advice may be wrong

Ashok Leyland, flagship of the Hinduja Group, has bagged orders for 1,200 medium and heavy vehicles from Rivigo, a new-age logistics start-up to expand its pan India operations.(Link)

Outgoing Reserve Bank Governor Raghuram Rajan on Friday disclosed that idea of raising diaspora deposits, which changed the downward course of the rupee when he took over in September 2013, had come from bankers and he was very sceptical about it given the cost to the exchequer. (Link)

#macronomics: Negative Rates for the People Arrive as German Bank Gives In

This week, a German cooperative savings bank in the Bavarian village of Gmund am Tegernsee — population 5,767 — said it’ll start charging retail customers to hold their cash. From September, for savings in excess of 100,000 euros ($111,710), the community’s Raiffeisen bank will take back 0.4 percent. (Link) 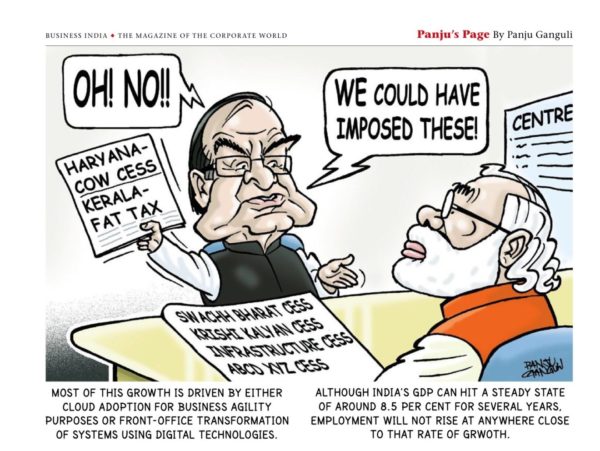 Japan’s economy failed to grow on a quarterly basis during the April-June period, with gross domestic product (GDP) growth coming in at zero, missing forecasts.
On an annualized basis, GDP expanded 0.2 percent, slowing dramatically from the 1.9 percent spike in the first three months of the year. (Link)

A consortium of investors led by Goldman Sachs Inc has agreed to invest $220 million in Essel Highways, the road infrastructure holding company of Subhash Chandra-controlled Essel Group, through a structured debt transaction in one of the biggest fundraising exercises in the sector. Goldman, the lead investor, has already paid an initial $85 million, a third of the total, in exchange for debentures. (Link)

Essel Green Energy currently owns 160 MW of solar assets in four states of India, of which, 110 MW is operational and 50 MW is under construction. (Link)

#stocks-fundamentals: Are you throwing darts at NBFC stocks?

Ace mgr says think again In a candid conversation with CNBC-TV18’s Anuj Singhal, ace fund manager Sunil Singhania talked about his past investments and shared his views on the various sectors. (Link)

#bonds-funds: Evaluating the Nifty Next 50 as an Index Fund

Why? As pointed out in a series of posts on the Nifty Strategy Indices as Mutual Fund Benchmarks, the Nifty Next 50 or formerly the Nifty Junior which consists of stocks with top 50-100 market capitalization has a good record in the multi-cap category. (Link)

#bonds-funds: Should you stay away from equity funds with a corpus above Rs.10,000 crore?

Over the past couple of years as the market hit newer highs, most equity mutual fund schemes too have performed well. As retail investors get attracted to star performers, many equity schemes were able to garner a significant corpus as well. As on March 2014, there were just two schemes that commanded a corpus of above Rs. 10,000 crore. (Link)

Franklin Templeton’s poor choice of stocks has left investors in its Private Equity Strategy Scheme in an impoverished state. The important lesson to be learnt from this gruesome episode is that smooth talking PMS Managers should never be trusted. (Link)

Eight years after the Private Equity Strategy scheme raised funds, investors could make a return of a mere 0.26%—at best. (Link)

#general: Direct plans are not as cheap as you think

You can buy into a regular or direct plan of a mutual fund scheme. Direct plans are cheaper, but you may still want to shift to the regular plan. (Link)

Investors are looking forward to RBL Bank (earlier known as Ratnakar Bank) IPO which opens for subscription on 19 August and closes on 23 August. As the fourth public offer this year in the INR1,000 crore club after Equitas Holdings, Mahanagar Gas and L&T Infotech, this will be a keenly watched IPO. The IPO will mobilize INR1,213 crore at the upper end of the price band INR224 – 225 per share. (Link)

#macronomics: Brexit could be delayed to late-2019 as govt not ready: Reports

Britain voted to leave the EU on June 23, but views differ over when it should invoke “Article 50”, which sets the clock ticking on a two-year deadline to leave the bloc, with some senior politicians calling for a quick departure. (Link)