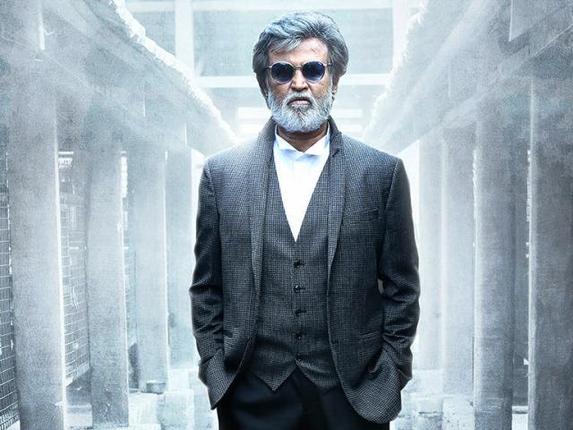 Dewan Housing Finance may succeed where the government has failed — selling inflation-linked bonds to investors. The mortgage lender is set to raise Rs 4,000 crore through a retail bond sale, which for the first time will also offer interest rates linked to consumer price-based inflation. (Link)

Stock exchange BSE today said it plans to move trading of some of the corporate and government bonds on clean price and yield (YTM) mechanism from August 8. In this mechanism, the trader has an option of entering order using clean price or yield. (Link)

#general: Layoffs at Flipkart as 700-1000 ‘underperformers’ are shown the door

Flipkart is offering employees who have failed to meet professional expectations the choice to either resign or be sent off with severance pay, according to three people directly aware of the development at India’s largest online retailer. (Link)

#general: 5 technologies that can change your financial markets forever

#general: With Congress on board, GST Bill may be passed next week

Govt. agrees to demand for mechanism to resolve disputes.
The Bill to amend the Constitution paving the way for the rollout of the Goods & Services Tax (GST), which became a political football between the Congress and the BJP in the last few months, is all set to hit the goal post, with the main Opposition party finally lending its unequivocal support. (Link)

Foreign ownership in Indian equities dropped to a 15-quarter low at the end of three months in June 2016. (Link)

Company had posted a net profit of Rs 35.22 crore in the same period of the last financial year.(Link)

#general: The Call Heard Round the World

At the very heart of Trend following is the concept of buying at new high with the assumption being that market knows something that we don’t. While the logic works on literally all time frames and tickers, some are better suited than others. Indices for example are better suited than even its Individual components, Commodities better than the End Users among others.(Link)

#macronomics: HSBC: ‘We are merely in the eye of the Brexit storm’

#general: Uber to Merge with China’s Didi, in a Deal Valued at $35 Billion

Bad news for rickshaw operators in China. The government has been paid off enough to permit Uber to merge with China’s largest ride hailing service, dubbed Didi Chuxing.
The combined entity will be valued at $35 billion, providing Uber will a government blessed stranglehold on app generated livery services in the country. Uber will receive a 20% stake in the combined entity and Didi will make a $1b investment in Uber at an absurd $68 billion valuation. Numerous other companies will attain stakes in the joint merger, including Baidu.(Link1) (Link2)

A Saudi Oger source has said 31,000 Saudi and foreign employees have lodged complaints with the Labor Office about delayed wages. The company stopped receiving projects after the government received complaints of nonpayment of wages.
Saudi Oger workers cannot leave the country as the Labor Ministry has stopped the employer’s services such as social security insurance and access to the Passport Department’s portal. (Link)

Billionaire investor Warren Buffett, who endorsed Hillary Clinton in December, is set to introduce the Democratic presidential nominee at an event in Omaha on Monday, according to Clinton campaign officials.
Following the introduction from the Berkshire Hathaway chairman and CEO, Clinton is expected to highlight in her remarks a new study of her economic policies from Moody’s chief economist Mark Zandi, a registered Democrat and Clinton donor who also advised Sen. John McCain’s 2008 GOP presidential campaign. (Link)

#general: The Rajinikanth Economy – How does Thalaivar make his money?

#general: Half of Porinju’s stocks gave multibagger returns in three years, but in the red now

#general: EPF Act to be amended to include firms with 10 workers

Government plans to amend the Employees Provident Fund Act to bring more workers under the ambit of retirement fund body EPFO by reducing the threshold for coverage of firms to 10 workers, Lok Sabha was informed today. (Link)

The Income Tax department’s ‘’all out efforts’ to attract potential declarants under the domestic black money window by assuring them of confidential and hassle-free disclosures seems to have been successful. (Link)

Increasing automation would shave off 10 per cent of incremental jobs in India’s IT sector each year even as half of middle-level managers would also bear the brunt in the era of artificial intelligence, says industry veteran T V Mohandas Pai. (Link)

The Lok Sabha has passed a Bill that amends four different Acts, seeking to expedite disposal of debt recovery applications that can take many years under the current regime. (Link)

#general: NDTV claimed they sold dreams. IT said: No. It is a sham transaction, slaps ₹525 cr fine

Income Tax Dept. observes that a deliberate attempt was made by NDTV to conceal a $150 million investment. (Link)

#general: India already had some of the world’s strictest gun laws. Now it’s tightened them

As mass shooting incidents in the United States rise, India has tightened its firearms regulations, making it even more difficult for common citizens to own a gun.
India already had some of the strictest gun laws in the world, a vestige of British colonial rule, which aimed to disarm its subjects. Indian law allows citizens to own and carry guns, but it is not a right enshrined in the constitution. Getting a gun license in India is a difficult task that can take years. (Link)

Vegetables prices have crashed in Mumbai over the past two weeks on a sudden increase in direct supply from farmers to consumers following the state government’s move to delist green veggies from spot mandis.
(Link)

#general: Don’t get cheated by online fraudsters: Here’s how to protect yourself

In an interview to CNBC-TV18, Sandeep Fuller, ED & CEO of Texmaco Rail and Engineering spoke about the MoU that the company signed with Russia’s Rosoboronexport for defence products. (Link)

#general: Here’s what Donald Trump would do to the price of gold