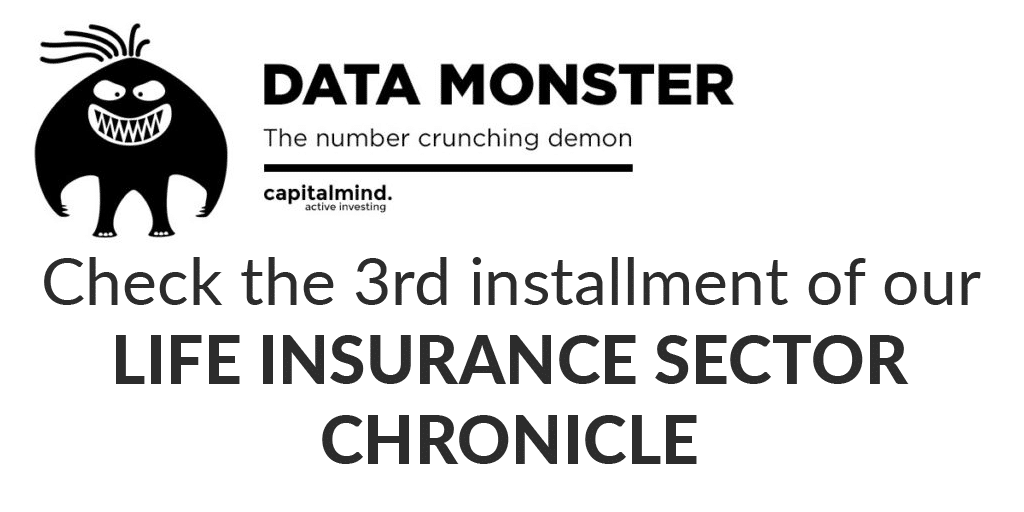 In our first and second edition of Capital Mind Data Monster’s Life insurance Sector chronicle, we have talked about the premium collection of Insurance companies and their profit growth. In the third edition we will showcase Claims Rejection and Claims Pending ratios of the individual Life insurance companies.
You can catch the first and second installment of this in the here:
You Won’t Believe How Much Insurers Have Lost Since The Misselling Epidemic in 2011: The Insurer Chronicle
How Much Are Insurers Growing Their Profits? Data Monster Finds Out
What’s the point of insurance if you don’t pay out claims?.The better the settlement ratio and lesser the rejection ratio, more efficient the insurer is. Higher claim churn ratios indicate greater customer confidence on the insurance industry and lesser litigation.
And then, even companies with high settlement ratio or low rejection ratio are not efficient performers if their pending claims are high.
With IRDA norms stating that interest payment of 2% above the prevalent bank rate for a delayed payment of the claim amount, the insurers have become more cautious and are avoiding pending claims.

IRDA has taken some stern steps for processing of long pending claims by mandating to settle all the insurance claims older than three years. That way no claims older than three years can be rejected. Claims can be rejected/repudiated when the terms and conditions of the insurance policy are not met or falsification of data or non disclosure of data etc.
We now look at life insurers and their Death claim settlement ratios. Insurers have a very high claim settlement ratio for survival benefits or for maturity, where their money isn’t quite at risk (it’s usually the customers’ money). Even surrenders are processed quickly. But death claims tend to be a mess – and you want to know how bad: the higher their death claim rejection ratio, the more likely the company will lose business in the future.
The average rejection ratios of the industry (9 companies taken under review) is 4.14% for last five years. Similarly the average pending claims ratio stands at 12.49% and average settlement ratio at 85.10%. The average taken is for 20 quarters starting from Jun-2011 to March 2016. 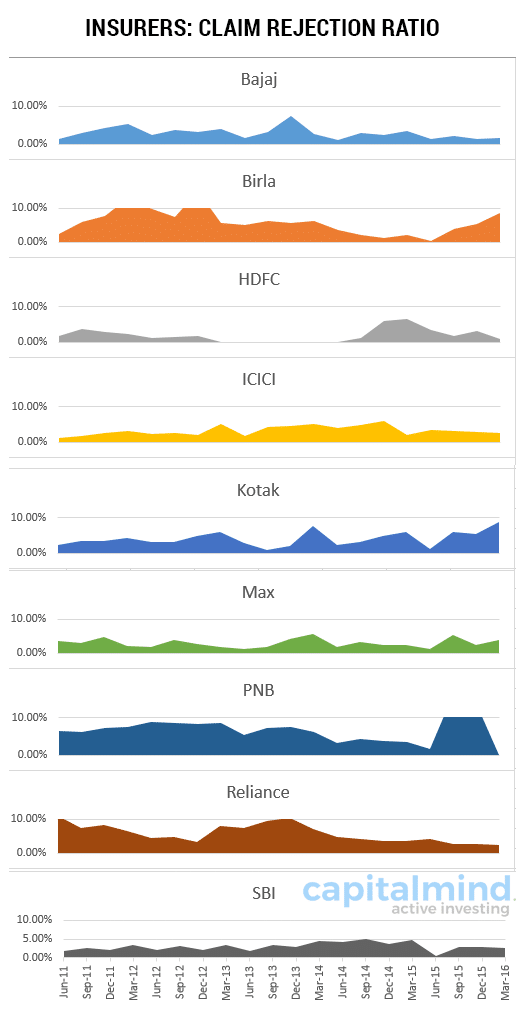 Kotak Life insurance lately has been both rejecting claims and keeping many claims pending. both of which are showing an upward trend. Claims pending for more than one year have been as high as 5% of all claims, and their total pending claims were nearly 35% recently, falling to a still-high 8%. Therefore, Kotak’s settlement ratio has gone down and is consistently below the 85% mark for last four quarters. Claims settlement ratio stands at 83% for the March 2016 Quarter.
Kotak rejected 8.7% of all death claims outstanding in the recent quarter, which means one out of 12 claims sees a “no”. This is a big warning sign.
SBI and HDFC are the best performers in terms of average rejection ratio over the last four quarters. HDFC, which had maintained almost nil rejection ratio in 2014, has shown an upward trend lately.
SBI has consistently maintained a low rejection ratio over a period of five years. Both SBI and HDFC have managed to clear their backlog of pending claims and keep the pending claims ratios small.
Claims Settlement ratio of SBI and HDFC for quarter ending March 2016 stands at 93.81% and 98.35%.

ICICI Prudential IPO will come around in next few months, so we need to look out at its claims churn ratios along with its profitability and growth. ICICI has improved its settlement ratio and decreased its pending claims but on the other hand has moderately increased its rejection ratio. For the last quarter ending March 2016 at  rejection ratio is at 4.01%.
Max’s settlement ratio and pending claims ratio stands at 95.88% and 0.12%, which are better than industry averages.
Birla’s insurance arm shows a very high pending and rejection ratio – both are above 8%. This is after a period of low rejection a few years ago. Birla’s high rejection rate will put off customers as word gets around.
PNB is notorious for a very high rejection rate, and hasn’t even released numbers for March! They have been rejecting more than 10% of claims in the last two quarters. Update: We now have the March data and the rejection rate for PNB is at 6% which is still relatively high.
LIC , so far has been the biggest Life insurance company in India and 5th largest in Asia. According to information from IRDA, for FY15 LIC of India was the best performer in terms of claims settlement (in terms of individual as well as group). Even with its mammoth size, the company didn’t slow down and settled 95.51%(Rs 9055 Cr) of Individual Life insurance claims and 99.62%(Rs 2037 Crs) of Group Life insurance claims.

The insurers that have agreeable claims rejection rations (under 2% which is where LIC is) are Bajaj, HDFC and SBI. ICICI has had rejection rates of more than 3% recently, but it’s gettng better.
The worst insurers to deal with in terms of claims settlement are PNB, Kotak and Birla. (So watch out if you have term insurance from them!)
All insurers have had very high pending claims ratios – upwards of 10% in the last few years. It has only come down in March 2016. Interestingly the spread of 2% from the bank rate means an 8% penalty they have to pay for keeping claims pending – and 8% is a pretty good rate to pay for, in effect, borrowing money. IRDA might take notice and increase the penal rate – in our opinion this should be 1.25% a month (what the Income Tax department charges for delayed payments).
As insurers go public they will need to improve the public viewpoint on their settlement and rejection ratios. LIC remains the largest player and at that scale, it consistently rejects only 2% of all claims, which is a feat that has to be matched by private insurers.
You might also like: 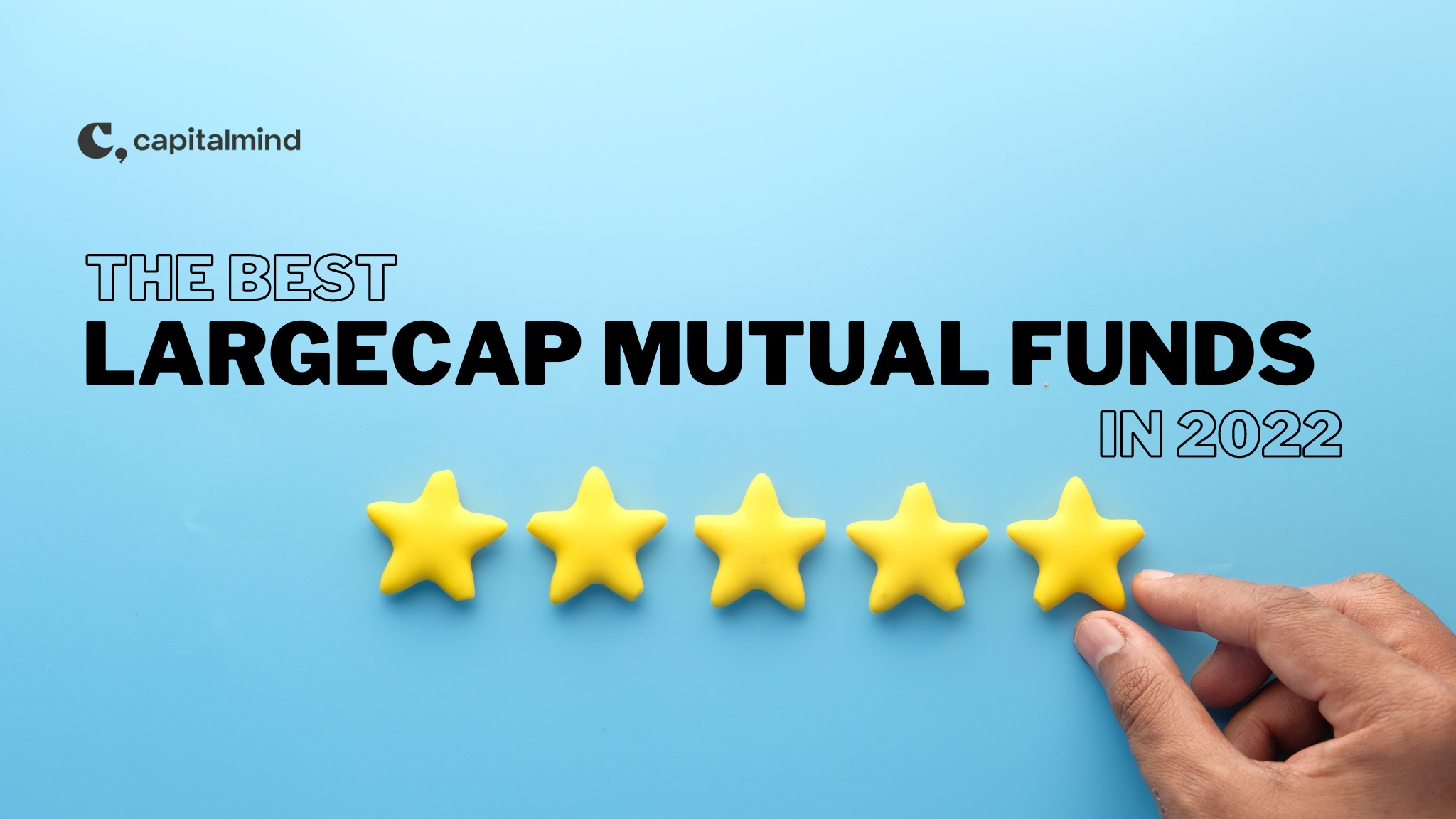 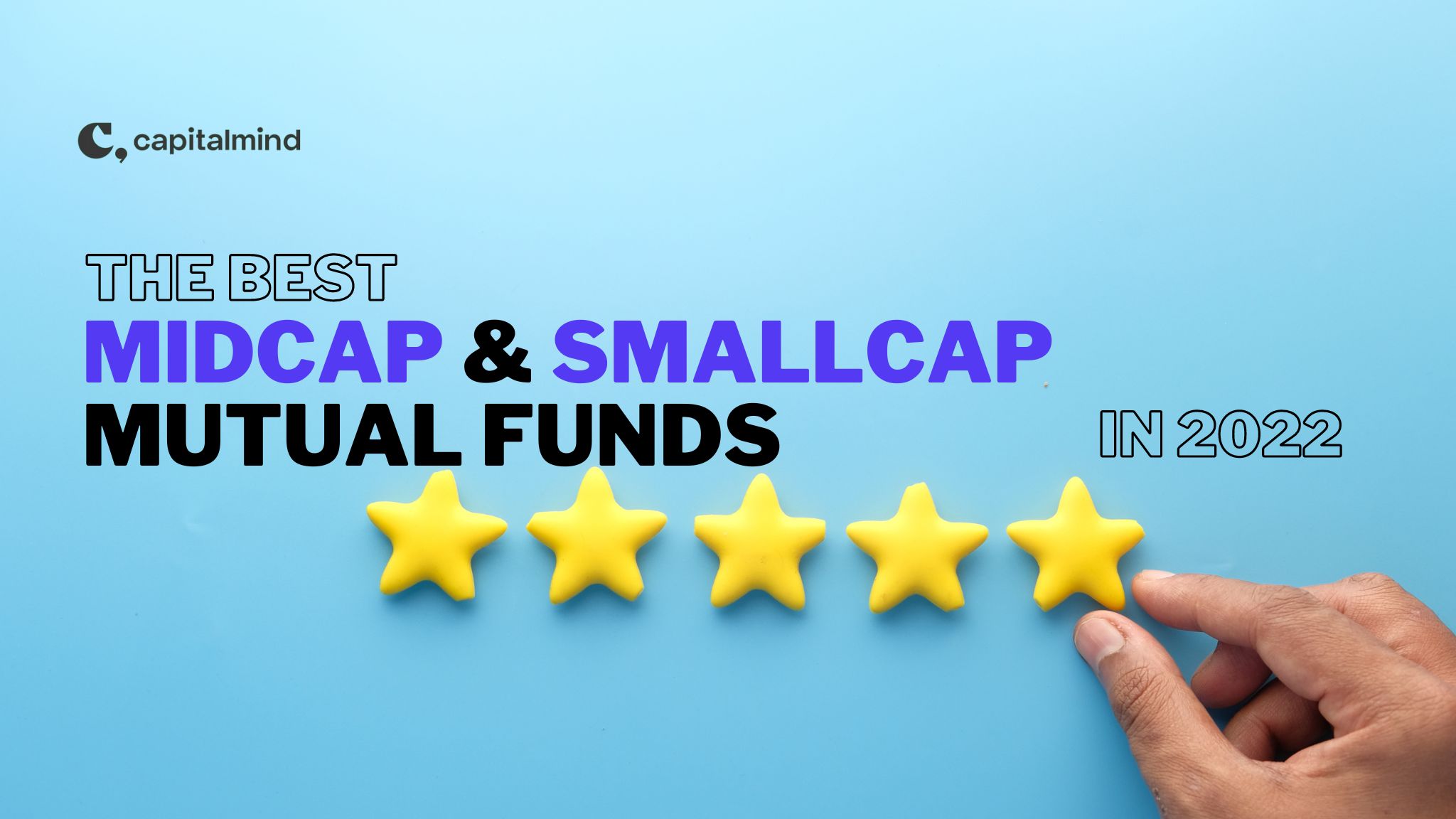 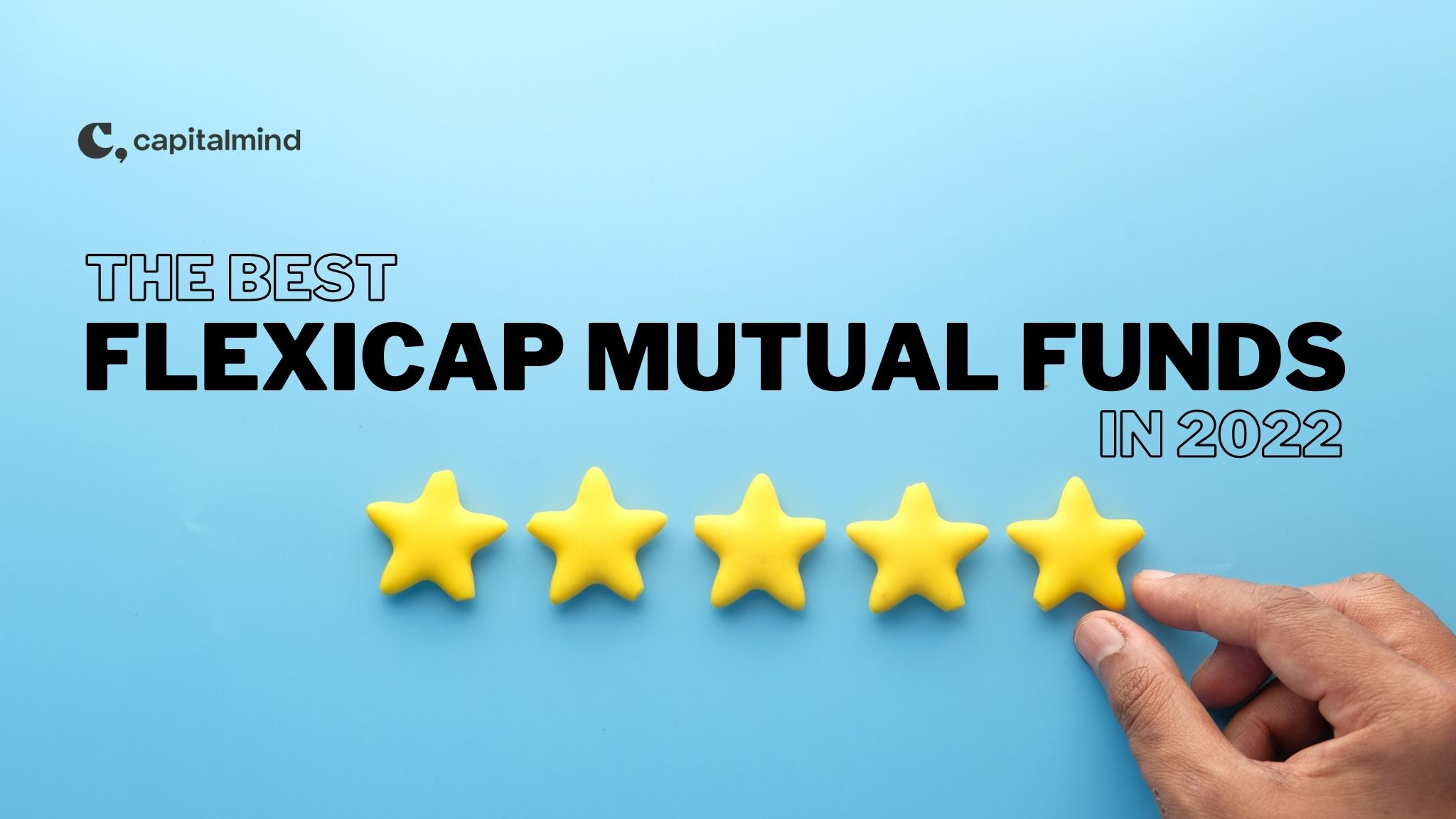