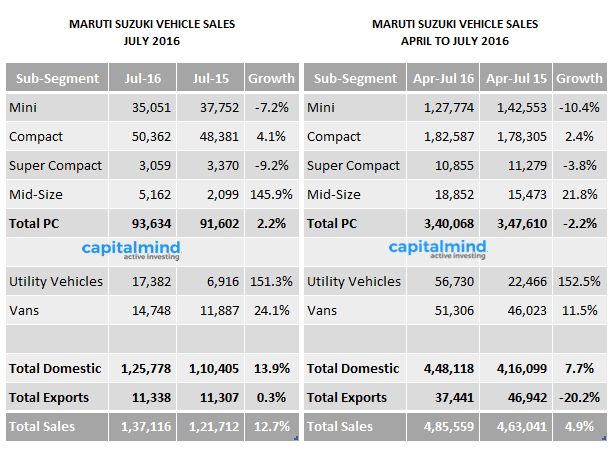 Revenue lost from the Subros fire (MSIL mentioned that the financial impact of the fire would be seen in Q2) did not cause much harm to the company’s financial for the quarter ended June, 2016. While the company did mention that the margins and profits would have been better without the fire, it still reported a handsome profit of Rs. 1,486 crore against a revenue of Rs. 14,655 crore.
Today, Maruti reported a 13.9% growth in Domestic Sales at 125,778 units. Maruti’s exports stood flat at 11,338 units. This is the company’s highest ever sales in the Domestic market.
Related Post: Ashok Leyland Witnesses a Fall in Sales on the Back of Drop in Truck Rentals
Here are some of the points discussed by the management in the earnings call.

The waiting period for Baleno (Diesel variant constituted 20%) now stands at 6-7 months while for Vitara Brezza at an unimaginable 9 months. This comes at a time when the company has a production cap and the Suzuki Gujarat plant is on its way to be commissioned by Q4 this year.
On the new launches end, the company has decided to launch its L 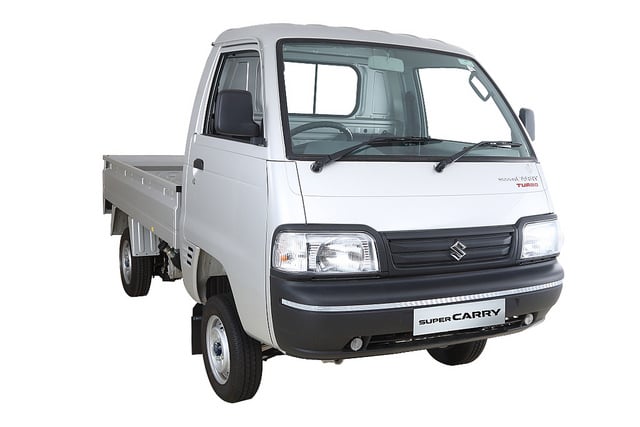 ight Commercial Vehicle “Super Carry” at the end of August after experimenting with exports of 100 units to the African continent.
The Indian model is expected to have some tweaks due to the load factor that the company was experimenting with. The vehicle will be launched in Ahmedabad, Kolkata and Ludhiana initially and is only available in the Diesel variant with a development cost of Rs. 300 crore. Maruti sold 14 units of “Super Carry” in the month of June.
With a 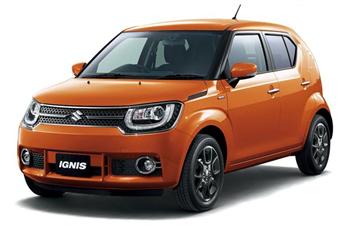 couple of months to go for the festival season (MSIL starts piling up inventory before the monsoon season) the company has decided to push the production date of Ignis so as to clear the booking for Brezza and Baleno and rumours of a 4th generation Gypsy are flying around as the company looks to strengthen both its entry models and protect the market share garnered in the UV market from Brezza. (Ignis launch has been deferred by at least 3 months. Maruti decided that instead of blocking capacity ahead of the festive season towards trial of Ignis, the company would rather produce more of the in-demand products and reduce their waiting period).
Related Post: Royal Enfield Reports 40% Growth in Exports, Overall Sales at 53,378 units
Maruti is also experimenting with transporting vehicles through inland waterways which would cost 50 paise a km in comparison to Rs 1 by railways and Rs 1.5 per km through roads. Currently, the Railway freight rate per Maruti Alto between the two rail heads (1,200 km) in a BCACM wagon is Rs. 7,243 with an additional cost of Rs. 700 a car (last mile connectivity charge of Rs. 500 and loading/unloading charge of Rs. 200). The company uses Adani’s services for movement to Mundra port while movement by Railway to other parts is done in contract with the Indian Railways and all road logistics is taken care by Om Logistics.
Nexa which completed 1 year in launch has witnessed one lakh units sales of Baleno (70,000 units) and S-Cross (30,000 units) till now. As part of the phase-II plan, MSIL will start workshops for Nexa customers in the next few months which will have better skilled mechanics to handle premium cars.

Disclosure: Analyst or Family do not hold the stock