Growth continues to be negative, for both imports and exports. 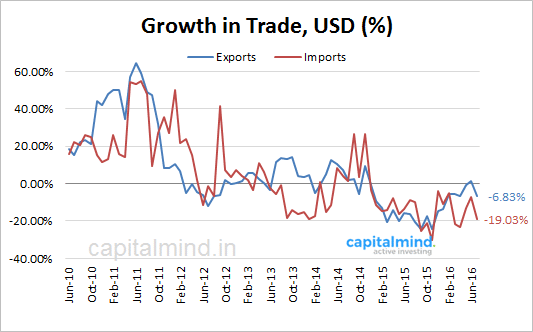 We are importing more oil. However it’s not quite as much as last year, and prices of oil too are a little bit lower. Importantly, non oil imports which seemed to have bottomed in May, seems to be going down again. 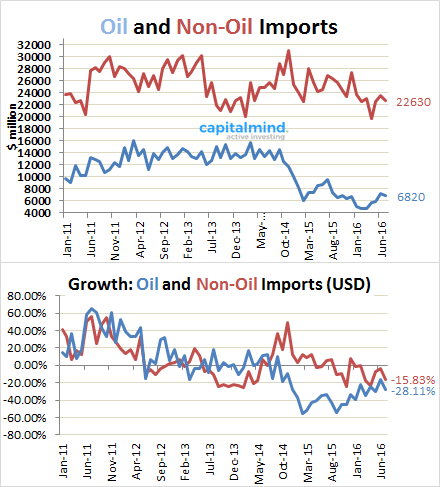 Since every month has a different number of days, we look at Avg Trade per day using the number of actual days in a month.
That data tells us again that average trade is again falling, on a per day basis. We are now about 15% lower than last year. 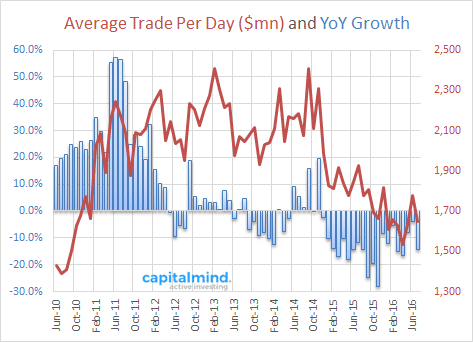 All the above data is for actual physical goods (sent via ports). We also sell services (non tangibles) which is recorded through RBI. This is two months delayed, so we only have June data.
And that looks bad too – the YoY change is about 8% lesser than last year for the balance (exports minus imports). And the absolute number is below $5 billion which is now at the lowest number in more than two years. It’s still positive (so we have a services trade surplus) but the number is getting smaller. 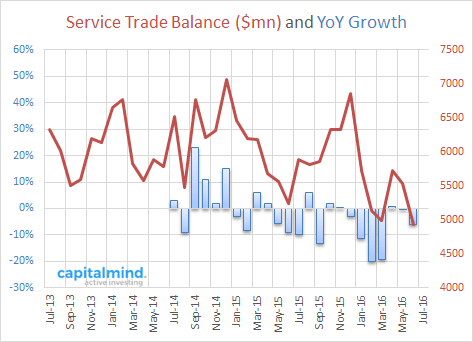 Trade continues to hurt worldwide and unless this improves, India’s situation will be controlled by foreign investors bringing in money (rather than by a higher demand for our goods or services). While this isn’t a bad thing in general, it’s not what our stated goal is – to improve our export/import situation, and there has to be a realignment. If Foreign investment were to slow, we are more heavily exposed to the repurcussions now.