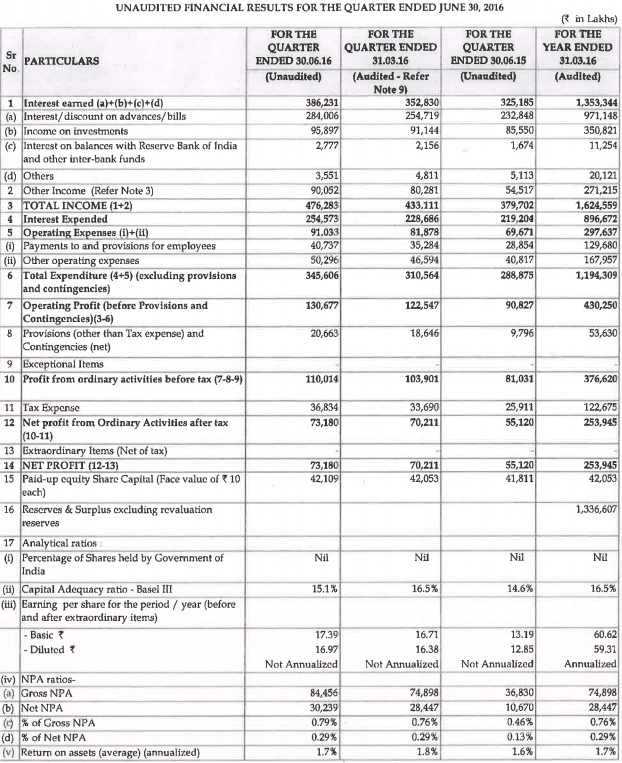 The stock didn’t respond much to the press release of the information, but it has been a weak day indeed.
In the private banks, Yes bank seems to have the strongest results posted. Let us see how the public banks perform.