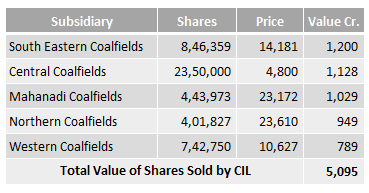 We  know that the whole concept of Buy Back offers by public companies is just another way to avoid the Dividend Distribution Tax that the companies would have to fork out to distribute their profits. Essentially, if you buy back shares, you pay from your profits, but pay no DDT; if you chose to give dividends, you would pay dividend tax too.

The stock is currently trading at Rs. 316 and the buyback is at Rs. 335. This would mean a meagre Rs. 20 premium to the current price. There’s not so much of an opportunity here.

This is tiny and usually not noteworthy, but bear with us.

Buybacks are used when a company has no use for cash, and would rather increase its performance ratios by buying back shares instead. When the outstanding number of shares falls, the Earnings Per Share, for the same profit, will go up. But at only 1.72% of the company being bought back, the increase in EPS will be marginal – and in fact is much lower than the dividend they otherwise tend to pay (which is around 8% to 10% per share).

If they really wanted to improve ratios, they should have bought back a higher amount – say 5% to 10% of the company, which would reduce the dividend they paid, but significantly improve their EPS.

The historical dividend shows that the company has on an avg. declared a dividend of

In comparison, at 1.72% of a buyback, at the current share price of Rs. 315, this is equivalent to a Rs. 5.5 dividend per share. You have to tender to benefit, of course, and if you’ve held the share for more than one year, you will pay no tax on the shares that are bought back.

As you can see, the buyback equates to a lower Rs. 5.5 dividend per share. They might not do the big dividends they did earlier, or reduce dividend appropriately.

The whole thing is an accounting mess. Cash reserves sat in Coal India’s subsidiaries, and for them to pay Coal India large dividends means DDT will be paid by them..

Update: Alert reader Sumit tells us this is not so. Section 115-O specifically says that DDT won’t be paid twice if a subsidiary pays dividend to a parent company. The DDT is only paid once. Also, the 10% dividend tax isn’t applicable on “companies” – only on Individuals, HUFs and firms, so Coal India will not qualify. So it’s not really that much of an accounting mess, it’s just that DDT will be paid once at 20%.

Instead, the subsidiaries are buying back shares of Coal India and paying it about Rs. 5000 cr. Coal India will pay some

tax on that income (since an unlisted subsidiary buying back shares means Coal India gets Long Term Capital Gains). Then, Coal India will buy back shares from Coal India shareholders.

Additionally, it turns out, on unlisted company buybacks, 20% buyback tax has to be paid to the government (introduced in a recent budget). That means there is no benefit of a buyback versus a dividend for Coal India when getting money from its subsidiaries.

Coal India will then buy back shares (but pay no buyback tax as it is a listed company).

80% of Coal India is owned by the government, so they get a bulk of that money directly. They will also get the buyback tax (around 1000 cr.) from Coal India’s subsidiaries.

Coal India, though, hasn’t responded majorly to this announcement, being stuck at Rs. 316. There’s no reason to rejoice – it’s just like a little dividend. 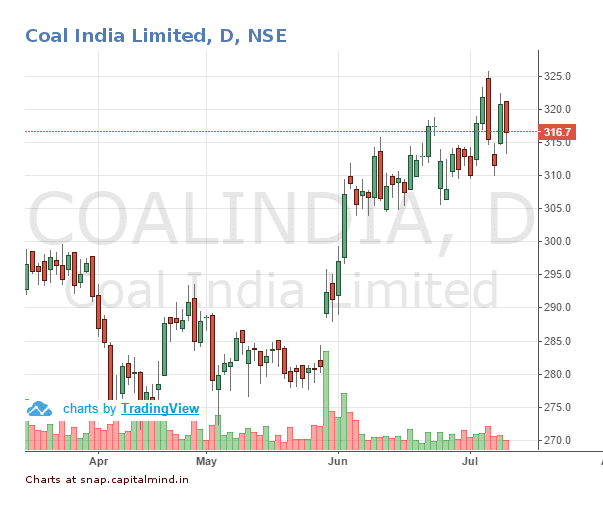 There isn’t a trading opportunity here. It’s not really evident why there’s such a tiny buyback from a company that traditionally has given 3x that amount as dividends each year. It could just have done the whole thing through dividends instead.

Update: We had a lesson in taxation since this post was created – and the premise of the post had changed. But you know the saying, it’s okay to be wrong, it’s just bad to stay wrong. Our apologies.

Disclosure: We do not own the stock above, and have no market positions in it. This stock has been recommended as part of the Dividend Yield Portfolio.