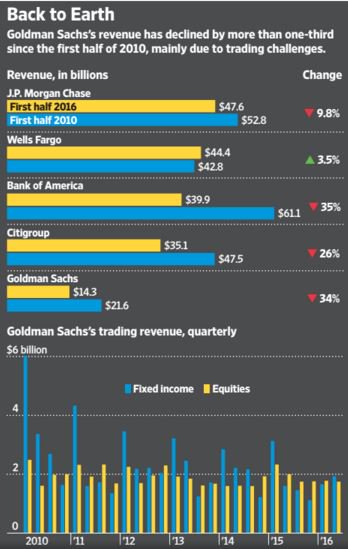 #general: Citi Is Working on ‘Citicoin’ for Cross-border Payments

International Business Times revealed that the global bank Citi is developing blockchains within the bank and test-coins to run across them. Ken Moore, head of Citi Innovation Labs, confirmed that the bank has been looking at distributed ledger technology for the last few years and has amassed a skilled team. They have built three blockchains and a test currency to run across them. (Link)

Infosys posted a poor first quarter performance and it’s stock took a beating of neraly 10% on the domestic bourses. Here’s CEO Vishal Sikka’s letter to his employees talking about Q1 and the way ahead for the company. (Link)

The trust of Siddhivinayak Temple in Mumbai is telling devotees that it accepts donations in the form of shares and securities as well, apart from the traditional cash and gold. (Link)

As Reliance Jio Infocomm gets set for the commercial launch of 4G services, it is partnering almost all smartphone makers to bundle three months of free data and voice with handsets. (Link)

The acquisition is part of Myntra’s plan to boost its high-margin private brands business; the transaction will be completed over the next few weeks. (Link)

One week ago, we looked at an epic build up of gasoline inventories on the East Coast, also known as PADD1, which had slammed the crack spread to record lows for this time of the year, and asked if “This What Finally Drags Crude Oil Lower.” We were referring to the collapsing Crack Spreads, which show that something disturbing is taking place for US refingers who are no longer able to “internalize” the massive crude glut. (Link)

#general: Why the Cost of Living Is poised to plummet in the Next 20 Years

People are concerned about how AI and robotics are taking jobs, destroying livelihoods, reducing our earning capacity, and subsequently destroying the economy.

In anticipation, countries like Canada, India and Finland are running experiments to pilot the idea of “universal basic income” — the unconditional provision of a regular sum of money from the government to support livelihood independent of employment. (Link)

#general: The economics of Kabali: What happens if Thalaivar’s movie flops?

Will it be Lingaa Part 2, if the movie doesn’t perform well? (Link)

A Ukrainian alleged to be the ringleader of the world’s biggest online piracy site, Kickass Torrents, was hit with US criminal charges Wednesday, accused of distributing over $1 billion worth of illegally copied films, music and other content. (Link)

#general: What did SG Ranjit Kumar and Vijay Mallya talk about in a London Party?

Amazon Inc. has started talks with Bollywood producers and other independent production houses in India for building its local video streaming content play as part of the Amazon Prime launch later this year. (Link)

#general: Apple stands to rake in billions from ‘Pokemon Go’

Pokemon Go, the augmented reality game from Japan’s Nintendo Co Ltd, can be downloaded for free but iPhone users can use PokeCoins to buy additional features. (Link) #general-from the past: Intel Legends Moore And Grove: Making It Last

The department has retrieved information on 90 lakh high-value transactions where PAN has not been quoted from FY10 till now. Within that, 7 lakh high-risk clusters having 14 lakh non-PAN transactions have been identified, sources say. (Link)

#general: Sovereign funds take a liking to Indian IPOs; invested in 30% of IPOs in past 18 months

Primary markets are emerging as a new route to raise exposure to Indian equities for sovereign wealth funds (SWFs). Prominent SWFs such as Abu Dhabi Investment Authority (ADIA), Kuwait Investment Authority (KIA), Government Pension Fund Global (GPFG) of Norway and Monetary Authority of Singapore (MAS) invested in about 30% of the initial public offerings (IPOs) in the past 18 months. (Link) #stocks-fundamentals: Here’s Why I Hate Earnings Season (and Why You Should, Too)

German Chancellor Angela Merkel and fellow European leaders are pressing the new British government to trigger divorce proceedings with the European Union as soon as possible.

But behind the scenes, senior German officials who spoke to Reuters on condition of anonymity due to the sensitivity of the issue, say they fear a swift move by London to invoke Article 50 of the EU treaty risks creating an impossibly short window for negotiating Britain’s departure. (Link)

Currently, an individual has to shell out Rs 550 for a report and a onetime credit score in the PDF format from CIBIL. (Link)

What is IPO Grey Market? – Link