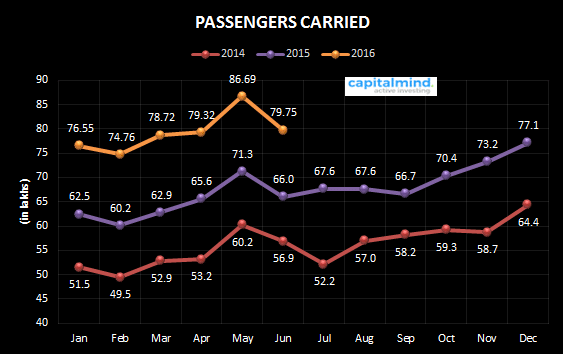 We bring you the “Domestic Airlines Report Card for India” for the month of June, 2016. We take a look at the Number of Passengers carried, Market Share of Each Carrier, Passenger Load Factor and others. (Here is the Report Card for May, 2016) 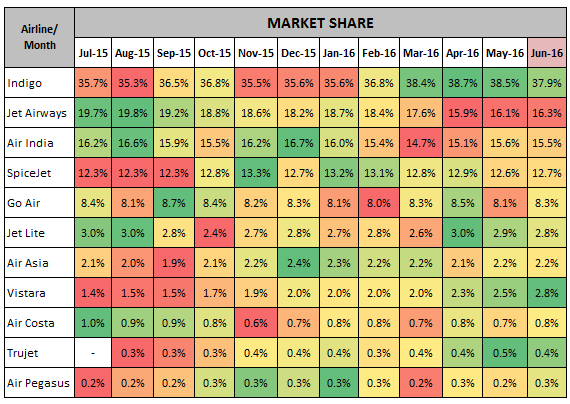 Passenger load factor, or load factor, measures the capacity utilization of public transport services. It is generally used to assess how efficiently a transport provider “fills seats” and generates fare revenue.
While Industry managed an avg. of 82.3% PLF, Spicejet at 93% trumped the market leader Indigo at 77.9% PLF also beaten by GoAir at 84.6%.
June passenger load factor at 77.9% for Indigo has been the lowest since August, 2015 when it was 76.8%. 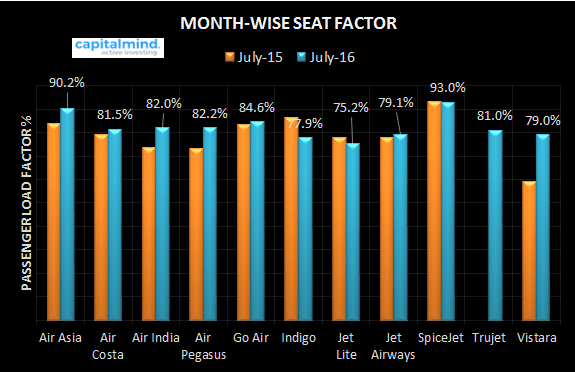 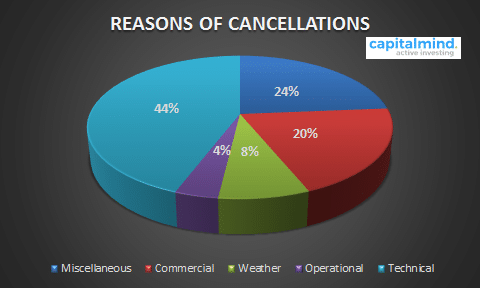 Trujet and Air Asia witnessed the highest cancellations at 21.7% and 10% respectively. 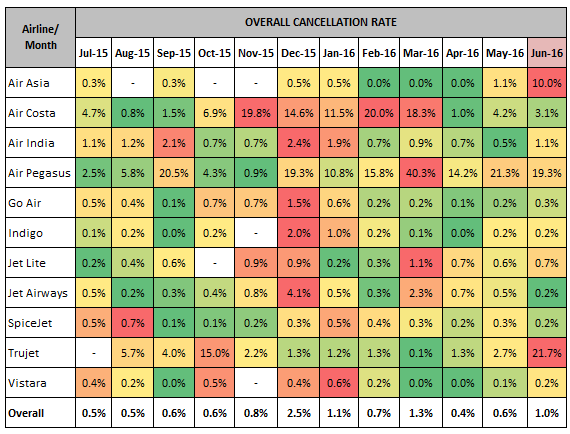