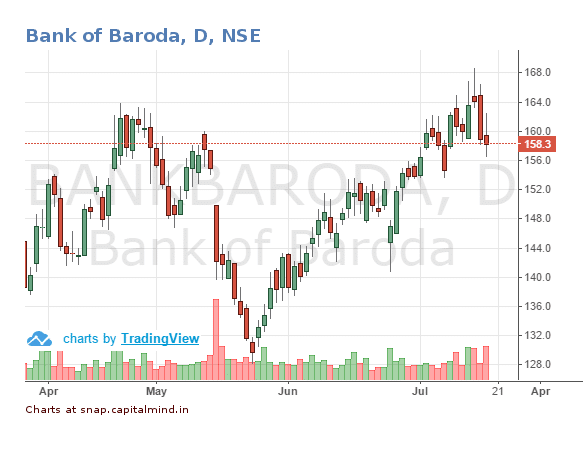 This is a guest post by Aditya Mishra, CEO of SwitchMe, an online mortgage refinance service.

Bank of Baroda recently announced that it will now set the home loan rates on the basis of the borrower’s CIBIL score. This is essentially an adjustment in rates to reflect the underlying risk. Such risk adjusted mortgage rates are the norm in developed markets such as USA and UK. Such rates enable deeper penetration of mortgages and also enable better risk control. Thus, this move puts India on the path that more mature markets have already taken.

Let’s delve a bit deeper and understand what this move means.

First, let’s look at a bit of background. Up to now, all lenders in the home loan space offered loans on a rack rate. This meant that if they found an application eligible, then they gave a loan at a set rate which is the same for all eligible applications. In other words, it’s like an exam where only passing matters and not the margin by which someone passes. Someone who scores a 90 and someone who scores a 60 are treated equally. Both of them get the same job and the same salary. Someone who scored high doesn’t like it because with differentiation he would have gotten a higher salary.

Also, such an exam sets the bar high. This means that a lot of students, who scored low and would have settled for a lower paying job, don’t get a job at all. Given these kind of problems, the real world doesn’t have such exams. But the Indian Mortgage market works in this way. At SwitchMe, we find both of these cases. Many customers want the best rates in the markets and believe that high CIBIL score should get them discounts. On the other hand, there are many more cases with lower CIBIL score which would pay a higher rate only if they could get a loan.

In contrast, the lenders in US differentiate between borrowers on multiple factors: past credit history as reflected in credit score, ability to pay as reflected in EMI to net monthly disposable income ratio, ratio of loan to the property value, purpose of the loan etc. To take a simple example, someone with lower credit score and high EMI to NMI ratio has a higher chance of missing an EMI than someone with high credit score and lower EMI to NMI ratio.

Therefore, lenders see higher risk with the first case and charge him a higher rate. In order to do this, US lenders have looked at the past data over several years and developed models that allow them to accurately calculate that extra bit of interest that they need to charge for the extra risk. In India, very few of the lenders have had a long enough history to have the data necessary for creating such models. Only HDFC Ltd, State Bank of India, ICICI Bank, LIC Housing Finance – the leaders in the mortgage market have enough data. But until now, no one has actually done it.

It’s actually a smaller player, Bank of Baroda, who has done it. Until now, their home loan rate was 9.65% for all customers. But now, customers with high CIBIL score would get the same 9.65% (or whatever is current rate as per MCLR for that month) but customers with lower CIBIL score could have a rate as high as 10.65% (ie additional 100 basis points).

This is unlikely to impact someone who would have gotten a loan from BoB under the earlier scheme. They will still get the same 9.65%. This is because if they don’t get the same rate, they will go elsewhere and be very welcome given their good credit record. The change in rate will impact those who were not getting loans from BoB (or similar sized large lenders). They will not get a loan from BoB and quite likely find the increased rate better than what they get elsewhere. This will thus expand the market for Bank of Baroda.

While this is a break from the past, it’s not innovative or a break enough. CIBIL scores are one way to adjust the risk but not the only ones. I mentioned a few of them earlier. Adoption of other parameters would lead to better segmentation of the market, better pricing and thereby of expansion of the market. But a lot actually depends on what other lenders do. Our guess is that they will wait and watch BoB’s experience with this new scheme before formulating their response. Some of them already have internal models that allow such pricing. The lack of business will and fear of competitive responses has stopped them from launching. Now, if one of the bigger lenders respond with their own risk adjusted rates then everyone else will have to follow. In such a scenario, we will see a phase of rapid innovation with sophisticated pricing models. However, if no one else follows then BoB may roll this plan back.

My guess is that we will see another lender launching risk based home loan rates but it won’t be very soon. I wonder if it would be HDFC Ltd. They have the data, market focus and the agility to do this. If they do, then Indian mortgage market won’t ever be the same.