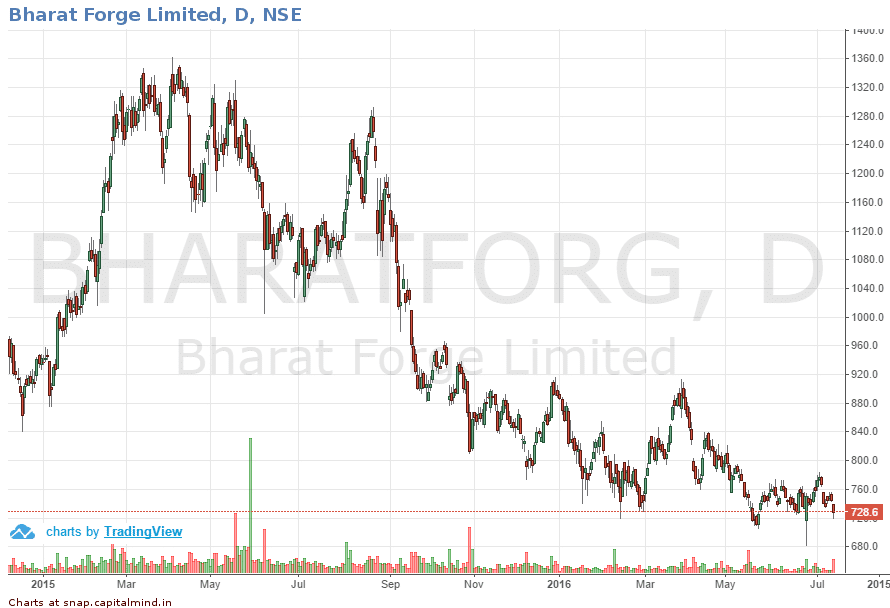 Bharat Forge fell today after a note from CLSA that said it was “surprised” that the company had sold stake in it’s defence subsidiary, Kalyani Strategic Systems Limited (KSSL). This is strange because KSSL was the vehicle they were using to get into defence deals, and CLSA seems to be right:

Who Did Bharat Forge Sell This Stake To?

“Kalyani Strategic Systems (KSSL) stake sale is a surprise. The company has sold its 49% stake in KSSL to the promoter group. KSSL is the entity which was supposed to bid and execute various defence projects. This is seen as a big corporate governance issue from the promoters’ side. Seems like this move will be a lost opportunity for the company to fully tap the defence business,” said a note from CLSA.

This subsidiary, KSSL, has been reported to be their defence foray. It has signed a JV with Rafael for missile-tech, and had planned one with SAAB too.

We don’t know if the sale has been to the promoter group yet, and at what price. CLSA seems confident that the 49% stake was bought by the promoter group. While KSSL doesn’t have a large amount of revenue yet, it was going to be the flagship arm of Bharat Forge for the defense foray and revenue would have come later. If it needed a capital infusion, then the money could have been raised by Bharat Forge through public sources. The fact that they divested stake without telling shareholders – and this seems to have happened in March 2016 or so – is a breakdown of governance. Sure, they don’t *have* to reveal this perhaps – since it’s a subsidiary, and remains so as they own 51%, the divestment of 49% should have been disclosed as a material development.

The Bharat Forge stock fell 2.5% today, but it really has fallen a lot more from the peak of 1360 a few quarters back. This issue – now of corporate governance – will not help the stock price.

SEBI must require companies to disclose all information in subsidiaries as well, including when they divest stake, if promoters are involved in such divestment and eventually, if such subsidiaries have any transactions with promoter owned entities.

Otherwise, the current situation leads to arbitrage. Just create a shell subsidiary and do whatever you want with it. If it does well, the promoter can easily take a chunk of the stake at an undisclosed price.