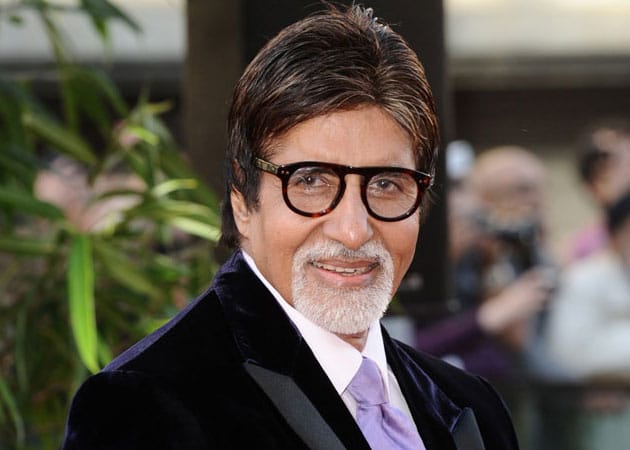 Fineotex Chemical’s product profile covers a wide range of textile auxiliaries & speciality chemicals for construction, water treatment, leather and paper industry. This is a small cap company with a capitalization of 300 crore.

It appears that the legendary actor, Amitabh Bachchan holds approx. 5% stake in Fineotex since 2011 and he has a penchant for investing in unknown micro-cap stocks. He has appeared as a large holder in a number of companies, like Neuland Labs and Ujaas Energy (in the past). Check out Capital Mind Snap’s Insider Search feature for more! 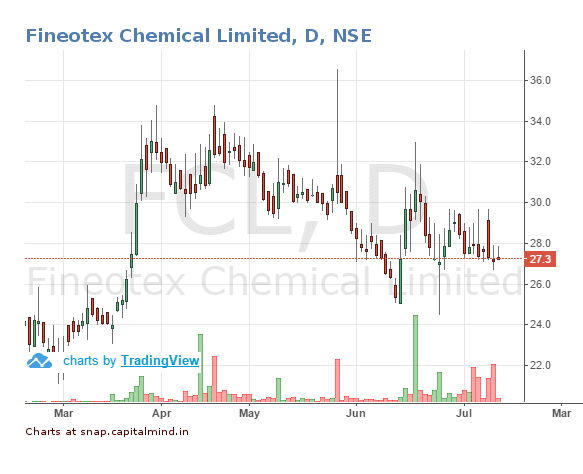 He is the third largest holder in the company after the promoters. The stock has gone through a bonus issue, split of 10:2 and has announced dividend amounting to Rs. 1.8 per share to date. 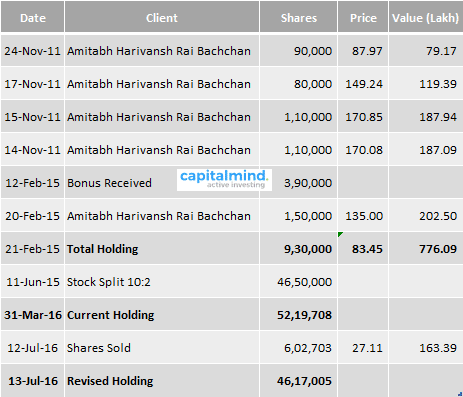 Of course, Amitabh might have invested smaller amounts at different times and we are not reported those numbers. If we assume this is the full record of his investment: He invested the first set of shares at Rs. 88, which have gone through a bonus (1:1) and then a split (1:5) – meaning each share bought then are equal to 10 shares now. On a first in, first out basis, the purchase price of the stock he’s sold works out to Rs. 9 or so, and the sale at 27 books him a 200% profit.

The amount might be minuscule to a person like Amitabh, but hey, we’ve found he’s a smart stock-investor as well!