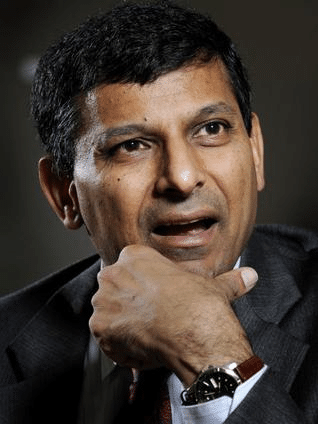 Raghuram Rajan’s term will not continue after September 4, 2016 because he doesn’t want to. In his letter to RBI staff, he writes:

I am an academic and I have always made it clear that my ultimate home is in the realm of ideas. The approaching end of my three year term, and of my leave at the University of Chicago, was therefore a good time to reflect on how much we had accomplished. While all of what we laid out on that first day is done, two subsequent developments are yet to be completed. Inflation is in the target zone, but the monetary policy committee that will set policy has yet to be formed. Moreover, the bank clean up initiated under the Asset Quality Review, having already brought more credibility to bank balance sheets, is still ongoing. International developments also pose some risks in the short term.

While I was open to seeing these developments through, on due reflection, and after consultation with the government, I want to share with you that I will be returning to academia when my term as Governor ends on September 4, 2016.  I will, of course, always be available to serve my country when needed.

This is currently doing a political twist everywhere – that he’s indicated he would have liked to continue, but after speaking to the government, he decided to head back. While he’s a great person to head the RBI, it’s a decision that has to be taken – after all, he is a nominee of the government and at some point, the government has to decide who runs the post.

Rajan will be missed. His policies were way more clear than the attempts earlier, and his “fight” with banks on NPAs and regulations are legendary. He’s set up the fort for new banks – and from payment banks to small banks, we should see some in action soon. The BBPS – the India wide Bill Payment System – will change what customers can use to pay bills in a seamless way. The TReDS – a system that helps all companies factor their loans by discounting it with banks – will reduce bank influence in bill discounting, currently a huge pain  for discounters. And it will increase transparency of NPAs (since discounting increases the debt of customer companies) across the banking system.

The Asset quality review has ensured banks have been forced to recognize NPAs. And this will eventually help banks, though not the silly government banks that don’t want to recover NPAs under any circumstances (or write them off).

Money supply changes were also moderated. Instead of senselessly buying USD and printing rupees, the Rajan led RBI cut down on rupee bonds held by the RBI in order to restrain monetary supply growth. Unfortunately this doctrine has been given up in the last few months, but the money supply growth control has been useful in keeping secondary level inflation lower.

When Rajan came in, the rupee was crashing and he offset that by taking big chunks of NRI deposits, which have to be returned later this year. This is a large amount but apparently they have a game plan in place to return it peacefully. This will, in our opinion, be a problem – because no matter how you play it, the rupee is going to hurt again, especially if there is a global issue in Europe or such, simultaneously.

But He’s Not The Only SuperHero

The RBI has had able leaders before and the next one will be as able. None of Rajan’s decisions were because of Rajan alone – he would have had a lot of support internally within the other top members of the RBI. If they value the institution, the members will continue the good work, and perhaps add to more pieces in there.

There’s things to be done. The rupee must be freed. The new banks must be encouraged. The NPCI’s move to UPI and a much cheaper payment interface is required. Inflation isn’t behind us yet either and we have to ensure rates are not reduced suddenly before we’ve broken the back of inflation.

There will be someone else to do this. Unlike the censor board or such, the RBI cannot afford to be a joke; and anyone with a brain cell understands this. India’s mature enough not to risk the likes of a Subramaniam Swamy at the RBI helm. Or, at least that’s what I hope.

It would mean great things for yellow journalism if the next RBI governor was a cartoon character, but I refuse to believe India is so immature that it would allow such a thing. There are smart, efficient people who are capable and won’t give in to government pressure, and this is the likely troop from which the next governor comes.

We don’t think so, or it won’t last too long. Because it doesn’t really change anything and we don’t know who’s next. When we do know that, markets will show their real reaction. That will still take till September to play out.

When Rajan was appointed in 2013, the markets continued to crack a few more days, and then they reacted upwards on his first speech.

Every good central banker has to go sometime. Volcker left the US Fed in 1987, after  years of bitter battles with the politicians who hated the fact that he pushed the US to two recessions. But to Reagan’s credit, he did reappoint him even through he was a Carter appointee – and it was truly when the US was truly over the inflation peak.

Rajan isn’t a Volcker – inflation isn’t yet behind us and we continue to see money supply expand. He has been fortunate too, along with Modi, to have seen a massive crude collapse and thus a big drop in primary inflation. But he’s done his layer of good, and no matter what the political discourse, his work will be carried forward.

Here’s wishing him the best, and to the next person at the helm as well.