The Slack group at Capital Mind Premium has been extremely active and if you haven’t been there, pop us a note by replying to this email.

Contracts on the CSI 300 Index due in June dropped by the 10 percent daily limit at 10:42 a.m. local time before recovering almost all of their losses in the same minute. The sudden drop was triggered by the unidentified trader’s order for 398 contracts at current market prices. They were filled consecutively, which prompted the broader selloff, the futures exchange said in a statement. (Link)

#general: Every Stock Was a Buy to This Analyst Team, Then Shares Tanked

The unit of Emperor Capital Group Ltd. issued buy recommendations on every one of the 173 companies it reported covering from April 2015 through May 16. Its target prices, which the company says forecast trading levels within weeks, predicted gains of 25 percent on average. They are frequently the most bullish among analysts who cover the same stocks and list their calls with Bloomberg, including those based on the standard 12-month horizon. (Link)

Goldman Sachs has increased the probability that MSCI will include mainland Chinese shares in its indexes to 70 percent, citing recent steps taken by Beijing to remove obstacles for global money managers to invest in the country’s equity markets. (Link)

#general: Equalisation levy of 6% to come in force from June 1

Equalisation levy of 6 per cent on services pertaining to cross border digital transactions will come into effect from June 1.

At present, equalisation levy is leviable only on payments relating to online advertisements, said C A Gupta, Partner, Deloitte Haskins and Sells. (Link)

In late 2014, the knives were out for RBI governor Raghuram Rajan. Finance ministry officials were frustrated by his reluctance to cut interest rates to stimulate growth, and moves were afoot to ease him out of the job. Some were airing their reservations about Rajan’s hawkish stance in the media.

Prime Minister Narendra Modi convened a meeting of senior finance ministry staff that December to hear their complaints, said a person who was present. (Link)

What would the growth rate be if the ‘discrepancies’ are left out of the GDP data? A mere 3.9, at constant prices. (Link)

India’s rupee reversed gains and bonds declined after a local-language newspaper reported that central bank Governor Raghuram Rajan doesn’t want an extension of his term, though Prime Minister Narendra Modi wants him to stay on. (Link)

In a new downgrade, S&P has lowered its long-term corporate credit rating on Rolta India to selective default from ‘CCC-’. (Link)

#mutualfunds: You can redeem only Rs 2 lakh from MF scheme if your fund house faces systemic crisis

Investors will be able to redeem only up to Rs 2 lakh from a mutual fund scheme if the fund house faces systemic crisis, and the market regulator on Tuesday said that fund houses can impose restrictions on redemptions only if there is a systemic crisis or an event that severely constricts market liquidity. (Link)

With Modi’s patronage, it is more likely the government will reappoint Rajan, whose three-year term expires in September, should he wish to stay on, the sources said. (Link)

#general: No rate cut in June, but Rajan may give a parting gift in August

After disappointments on the inflation front and a delay in the arrival of monsoon, policymakers expect the Reserve Bank of India (RBI) to pause on its rate-cut cycle at its June 7 policy review.

Last year, RBI had front-loaded its rate cuts in June to neutralise any monsoon deficit. But do not expect such a surprise this time around. (Link)

#politics: The Importance of Being Subramanian Swamy

#macronomics: Growing divergence between IIP and industrial data in GDP

Barring Apr, May & Nov, IIP expansion remained below 3% in every other month. (Link)

#general: India’s millennials to be catalyst for consumption 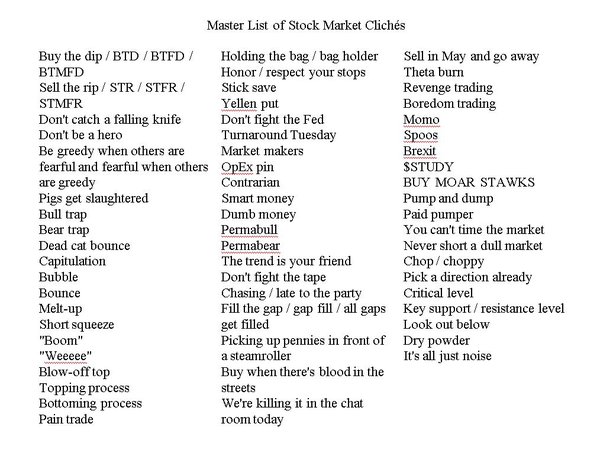 #general: Like Flipkart, other IT companies too delay offer letters

#general-from the past: Two months that changed India

From the brink of defaulting on international payments to a Budget that changed the face of India – A K Bhattacharya takes us through the twists and turns. (Link)

The scheme would invest up to a minimum of 95 per cent in securities covered by the Nifty 10 year benchmark GSec Index, which have a medium to high risk profile, the fund house said in a report. (Link)

A growing number of sick Americans are traveling thousands of miles to India. Why? For huge discounts on prescription drugs. (Link)

Baba Ramdev is parlaying his popularity as a yoga guru to build a Consumer Products Empire that’s up against global giants like Unilever and Colgate. (Link)

The Fed also reports modest or moderate economic growth in the majority of its 12 districts.(Link)

SAP SE showed progress in remaking itself as a supplier of cloud computing software as more customers adopted a revamped version of its main product, prompting it to boost sales and profit forecasts for next year. (Link) #macronomics: If Rajan exits, so will billions in investment

#macronomics: India’s population explosion will make or break its economy

India’s demographics are mind-boggling: By 2020, it will have 900 million people of working age, and the average age of its citizens will fall to 29. Two years later, it should pass China to become the world’s most populous country. (Link)

#general: For the first time in history, India will not have power deficit situation in FY17

India has, for the first time in history, declared that it will not have a power deficit this year, a situation officials say is an outcome of the current government’s initiatives to resolve burning issues like fuel scarcity. The country will have a surplus of 3.1% during peak hours and 1.1% during non-peak hours during 2016-17, latest data from the Central Electricity Authority shows. (Link)

Tata Steel is believed to be close to striking a deal with the UK government to keep its British steelworks rather than sell it off, which would secure the future of 11,000 workers, UK media reports said today. (Link)

#general: How China Fell Off the Miracle Path

#macronomics: India May Have Won the Battle with Food Inflation before the First Drop of Monsoon Rain

Instead of looking to the skies, central bankers and other inflation fighters should be looking to New Delhi. (Link)

In a departure from past practice, the government has asked the Cabinet Secretary to head the committee for the interview of a new deputy governor of the Reserve Bank on Monday to find a replacement for H R Khan. (Link)

How to Read a Market Profile Chart? – Link

The mystery of Samir Arora – Link