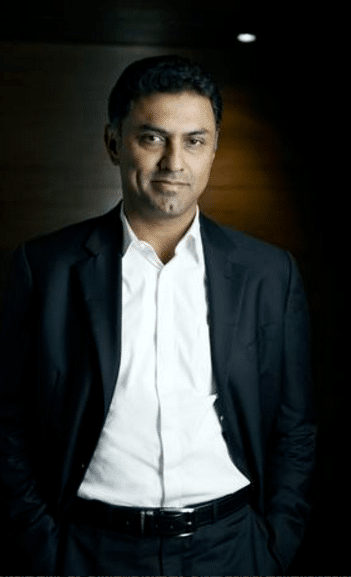 Since it’s in vogue that the latest news attracts the most viewership, we are selling our souls and writing now that yes, indeed, Nikesh Arora has voluntarily decided to resign from his role as Chief Operating Officer and President of Softbank.

Of course it would do us no good to just end there. We should first tell you that Nikesh was chosen by Masayoshi Son, the CEO of Softbank, from Google to head Softbank, which counts the Big Giant Alibaba as one of it’s largest investments. Softbank is more of a Venture Capital Company that has a truckload of money.

Arora had to go through some investor scrutiny, having been paid $135 million in 2014 and some $73 million in 2015. (Source) The allegations were of a conflict of interest (he was an advisor to Silverlake too) and then of bad decision making with big money. (Bloomberg) An internal investigation found Arora clean. It makes sense for him to have resigned after a clean chit – because any time earlier would be admitting guilt. He’s apparently had differences with “Masa-son” about who’s in charge. In the words of Deep Purple, this may sound like a Devilish Ploy, but it’s one way to bring the proceedings to an end.

The Profits and Losses

He was responsible for investing a truckload of money – if $627 million is a truckload – into the Indian Snapdeal, and counts the now-struggling Housing.com as one of his investments too. The best, apparently, was the exit out of Supercell, which Tencent bought (a majority stake) for $8.6 billion – and likely gave a major chunk of that to Softbank which owned 73%. This deal alone would have given Softbank a profit of $5.74 billion and he maintains that’s his best investment. (Because you count your eggs when you sell them in the market)

And then, he apparently has already sold them before he’s resigned. The price, now, is about 5800 yen. This is only a 25% loss – but in the hatching-of-the-eggs-logic you have to count your losses only when you book them.

Nikesh Arora’s twitter timeline makes him intensely likeable, because he’s taking so much in good spirit. And he’s utterly surprised why our TV channels seem to have panel discussions about his quitting. Of course they will. He’s been responsible for Softbank’s investments in Housing.com, Ola, Grofers, Snapdeal, Oyo and so many others.

In that regard, there is complete madness on TV and Twitter and everything else, it seems, about Nikesh leaving and the “Nexit”. This will last about 10 more minutes until someone else leaves – and while I say this, YC Deveshwar of ITC has resigned, so “Yexit”. People whose name starts with S: please don’t resign.

As we try to find a suitable way to end this post, it’s important to note that we don’t have all the information about Nikesh’s decision to leave, and never will. His departure may be seen as an slowdown of investment into India by Softbank – but with so much at stake, it wouldn’t be all that nice to just walk away, and if anyone knows Softbank, they might just announce another $1bn investment into an Indian startup, tomorrow. Just to keep everyone on their toes!

Disclosure: We would like to thank Nikesh for helping us get much cheaper taxi rides, electronic goods, food, hotel stays and so on. He may not end up seeing all these companies profitable but we’re already benefited from them, and there is much to thank. (Including, thankfully, lots of nice cloth bags from Ola and Grofers that help us through Bangalore’s plastic ban)