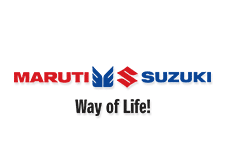 You won’t believe how the Indian listed auto major, Maruti Suzuki India Limited, gets battered by a referendum that wants the UK to split from the EU. It’s a story of globalization and how your little corner of the world isn’t that safe anymore. [Related Post: Company Notes – Maruti Suzuki]

Maruti manufactures cars – it’s the largest Indian auto company. And it gets technology and investment from Suzuki, the Japanese auto major. How could Brexit even matter? Read on.

Maruti Depends on Forex Too 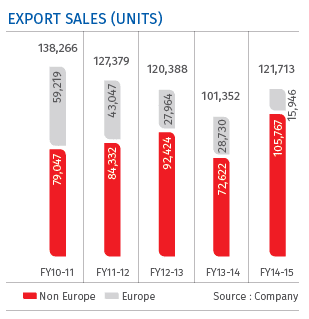 However the overall expenditure in foreign currency is mainly towards the royalty paid to its Japanese Parent.

The royalty paid is constituted of 2 parts i.e. a running royalty and a lump sum royalty: Running Royalty is payable on sale of products and is recorded to the P&L while the Lump Sum Royalty – the lump sum royalty incurred towards obtaining technical assistance / technical know-how to manufacture a new model/ car, ownership and recorded under Intangible Assets.

This royalty is paid mostly in Yen, and only in the recent past have they have proposed to change the royalty model from Yen to INR. This is now applicable for the Brezza which was anyhow a jointly developed product between Maruti and its parent company.

Overall, Maruti has about 21% of its top-line impacted by just the Yen equation, and there will be other impacts based on the British Pound, the US Dollar or the Euro.

Maruti has a well-structured exchange risk management framework in place. The current policy followed by the company is to hedge the first month fully, the second month is 2/3 hedged and the third month is 1/3 hedged.

Yen exposures account for 21-22% of the top line figures mostly impacted due to import of electronics (electronics are not only the ones that you see inside the car but also under the bonnet and under the car).

[Related Post: Maruti Suzuki Results for FY 16 : Earnings Contract in Q4, But Strong Outlook Due To Brezza and Baleno]

What has been their royalty payment?

Maruti has the highest exposures in Yen, Euro and Dollar-Rupee (exports in these currencies also act as a natural hedge for the company).

Since the pound has fallen by 10%, and the yen has risen by 10%, we are going to see a pretty big impact on margins. Since exported units to Japan won’t be enough to act as a natural hedge, this fall in pound would have to be compensated with:

Maruti Takes a 7% Hit on Just The Yen Royalties

So what now? While we do not know how far or extended will the currency battle take Maruti to, we do however know that this impact would leave its pre tax profits take a hit of 650 – 700 bps. Pre-tax profits for FY15 were Rs. 4976 cr. and they paid Rs. 2658 cr. as royalty.

Assume that royalties (marked in Yen) go up 10% due to yen appreciation. That takes the royalty up by 300 cr. per year, which would reduce their pre-tax profit by 7%. [Related Post: A Rough Day For The JPY Takes Maruti Down As It Rises] This is just the royalty. There’s other impact based on imports, loans etc. If it’s true that 21% of the Maruti sales are linked to Yen, that means about Rs. 10,000 cr. is impacted. A 10% rise in the Yen-rupee is equivalent to a Rs. 1,000 impact on the company. For a company making 4976 cr. in profits before tax, that’s a potential 20% impact on its earnings.

Since they have only short term hedges, any further hedges will only come at the lower rates. So while the current quarter may not see an impact, the future quarters, being less hedged, will see a major drop in profitability. Maruti needs to see a change in its royalty to rupees, or it will need to hike prices.

There is no such thing as “Brexit does not affect India”. In a globalized world, everything has an impact.

Maruti Suzuki Results for FY 16 : Earnings Contract in Q4, But Strong Outlook Due To Brezza and Baleno (here)

Disclosure: The authors at Capital Mind have positions in the market and some of them may support or contradict the material given above, or may involve a direction derived from independent analysis. Analyst does not have any positions in the above stock.