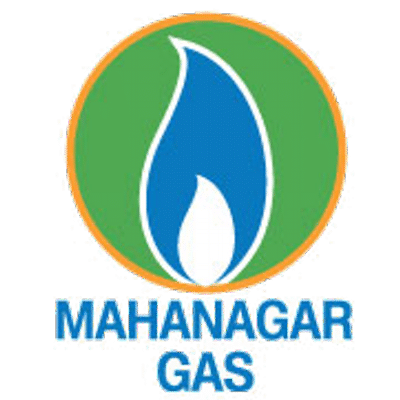 Mahanagar Gas Limited is a Mumbai based city gas distribution company with operations mainly centered at Mumbai and spread across Navi Mumbai, Thane, Raighad etc. The IPO is entirely an offer for sale by the shareholding companies in the MGL. GAIL and BG Asia Pacific hold 45% of the shares each. They are selling apart (12,347,250 each) of their holdings in the MGL. The shares are allotted at Rs 38 discount to the employees.

Subscription at the End of Day 3:

The IPO subscription had been mind blowing. The IPO has been subscribed 64.48 times on all exchanges. Out of which 4.43% are at cut off price. The BSE data (where the subscription activity has been more) shows Non Institutional investors have subscribed astoundingly 135.61 times. The QIB’s have also descent numbers with subscription at 17.08 times. 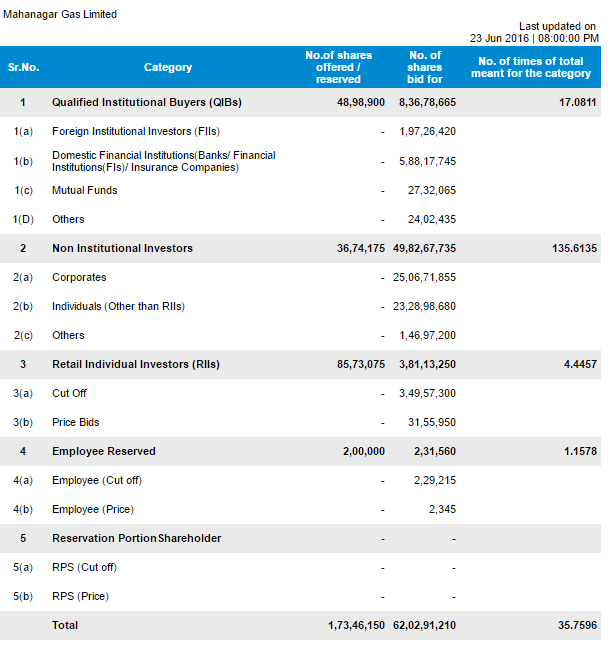 The retail Investors (less than Rs 2 lakh bidding) have been comparatively less at 4.44 times.

Since every investor has to pay out money to bid, that money is blocked in their bank accounts till the time the allocation happens. The IPO has blocked the subscribed amount for at least a week until the allotment details are out. If we take the average bidding price ((low price+high price)/2) i.e Rs 400.5, then The net amount stuck at IPO subscription is roughly Rs 63800 Crs !.

This means the IPO subscription has blocked out Rs 63800 Crs until it releases the allotment of share details. (The IPO was for 1040 cr) In case of Brexit happening and the markets crash, investors have that much less to invest.

Even if you consider IPO lending (where people borrow to buy more in order to leverage a higher chance of entry into the IPO) it stands to reason that 60,000+ cr. is a big amount. Even 10,000 cr. would, in this low volume market, hurt liquidity. Big falls in the market have happened in such situations – when money was blocked in big IPOs. The Jan 2008 fall came after two mega IPOs (Reliance Power and Future), the April 2006 fall was after a mega IPO of RPL. While this is a tiny IPO (only 1,060 cr.) the 60x subscription might actually make it a mega IPO just because of the oversubscription. Watch out!

Disclosure: No major opinion on the IPO. The company’s good, it has cash flows, the price at 15 P/E is okay but the company as a utility will not have mega growth. No holding.