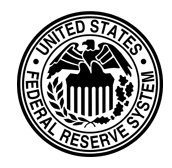 Here is a short excerpt of the Speech given by Janet L. Yellen – Chair of the Board of Governors of the Federal Reserve System at the World Affairs Council of Philadelphia, Philadelphia, Pennsylvania (complete speech here)

Current Conditions and the Outlook for the U.S. Economy

Further gradual increases in the federal funds rate will probably be appropriate to best promote the FOMC’s goals of maximum employment and price stability. What is certain is that monetary policy is not on a preset course, and that the Committee will respond to new data and reassess risks.