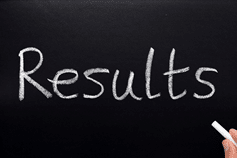 With this results report card, today marks the end of the Earnings Season for the financial year 2015-16. Not all results were as expected, but there have been a lot of surprising results both on the positive and negative end. Here is a summary of how the results panned out for the 50 companies. 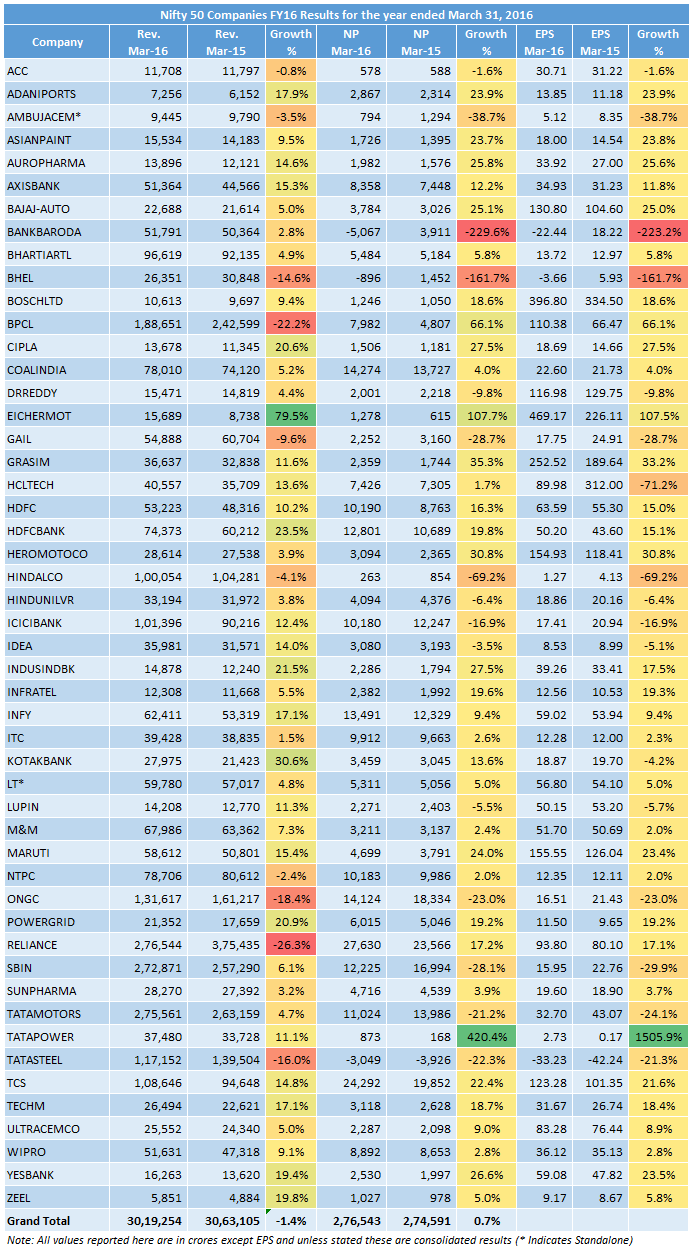 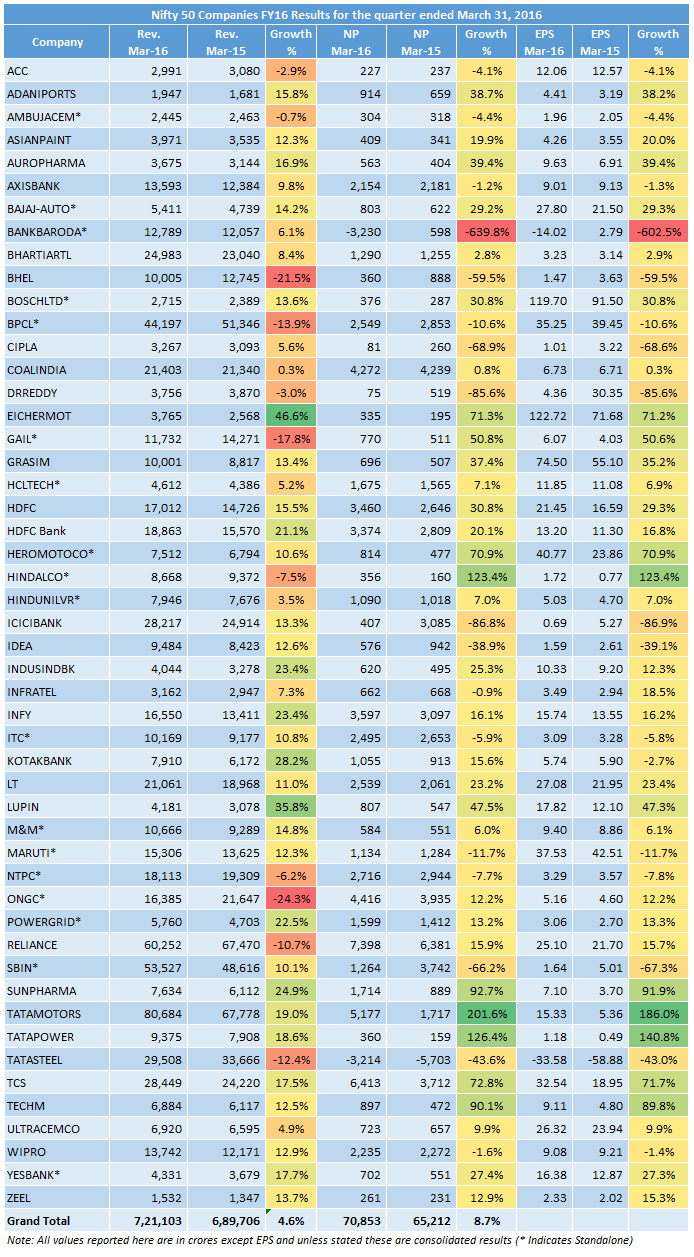