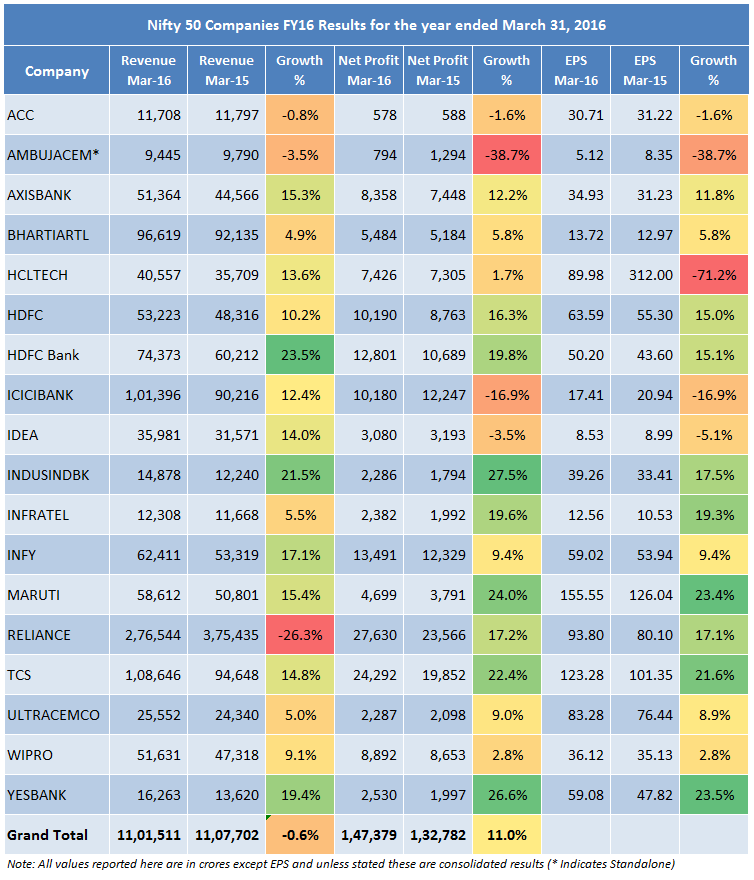 Q4 Results are out! As the Nifty 50 companies line up to disclose their performance report, we bring you a summary of their results along with the schedule of the results to come. (check out the earlier post here) 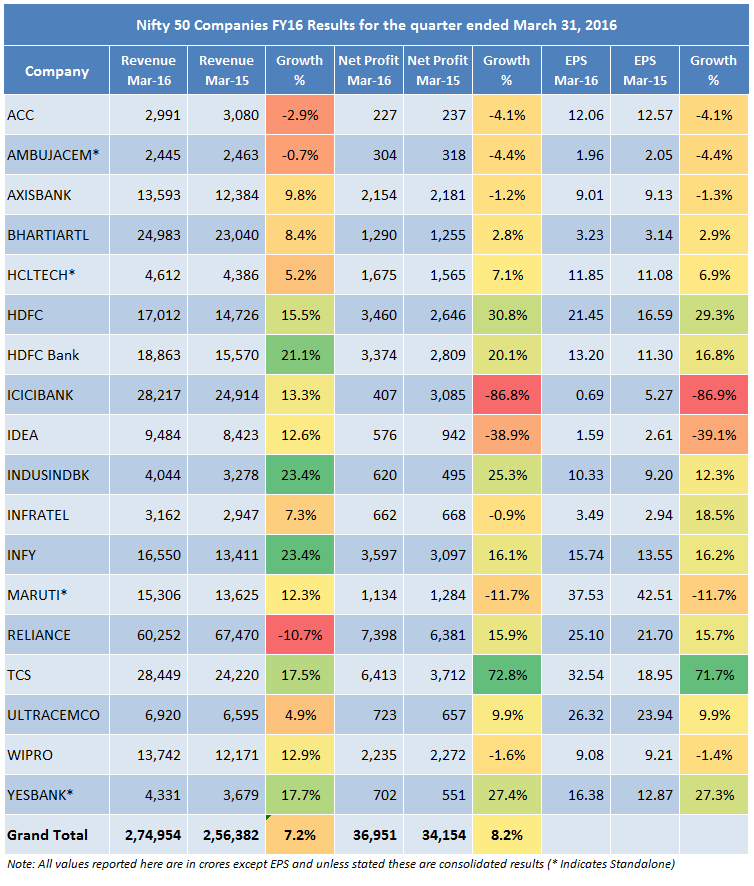 This is just 18/50 – and the big guys who generally seem to lose money will announce only later.