Company founder and CEO Elon Musk may not mention Tesla Motors Inc’s (TSLA.O) stock price when his electric car company gives its latest financial update on Wednesday, but it will be front and center for investors divided over its seemingly rich valuation.

#general: Tax payment: There are just 18,359 (taxpaying) crorepatis in India

Consumption and spending data for the year, especially of luxury products, shows how deceptive these numbers may be and blows holes in the government’s official estimate of the number of taxpayers. (Link)

Myntra expects 15-20% of its sales in this financial year to come from the return of the website.(Link)

#general: What It’s Like to live in the World’s Most Polluted City

Delhi, the capital territory of India, is home to unbreathable air and undrinkable water. (Link)

#general: Cracks in a state

It finalised the allocation of 15.1 million shares to the anchor investor at the upper end of the Rs 220-227 price band. (Link)

According to sources and investment bankers, the talks for the deal were on since December and the deal could be finalised for $50-100 million, the publication said. (Link)

Telecom companies, which have appealed in the Supreme Court against a High Court ruling upholding the regulatory body’s decision to slap call drop compensation charges on them, on Tuesday claimed that the 2G ruling mandating spectrum auction had virtually destroyed the sector and left them mired in debt. (Link)

Alphabet Inc’s Google unit and Fiat Chrysler Automobiles have agreed to work together to build a fleet of 100 self-driving minivans in the most advanced collaboration to date between Silicon Valley and a traditional carmaker, the companies said Tuesday.

The deal marks the first time that Google has worked directly with an automaker “to integrate its self-driving system, including its sensors and software, into a passenger vehicle,” the companies said in a statement on Tuesday. (Link)

Fidelity fund marks down Flipkart valuation by as much as 39% from August. (Link)

#macronomics: India Is Suffering One of Its Worst Droughts in Decades

Hundreds of millions of people in India are grappling with one of the nation’s worst droughts since independence, following two years of poor rainfall and the onset of intense summer heat. The upcoming monsoon is expected to bring some relief, but a longer term challenge looms from competition for scarce groundwater and surface supplies among farmers, industries and cities. (Link)

An Aberdeen oil industry executive with a previous conviction for embezzlement stole more than £1.3m from her employers, a court has heard.

Jacqueline McPhie, 46, took the money while vice president for finance at Altus Intervention between March 2013 and April 2014. (Link)

Aberdeen Asset Management has reported a sharp drop in revenue, profits and assets in its portfolio of investments.

The firm saw pre-tax profits down by 47%, from £185m to £99m in the first six months of its financial year to 31 March. Much of this was explained by turbulence in emerging markets, in which the fund manager has specialised. (Link)

British high street bank increases the multiple of earnings against which people can borrow on its ‘family springboard’ mortgage. (Link)

Faced with lukewarm retail investor response, the government is mulling stake sale in selected bluechip PSUs, including Oil India and ONGC, by offering shares only to institutional investors.

A top government official said th
at the Ministry of Finance is considering opting for the Institutional Placement Programme (IPP) route for diluting stake in bluechip PSUs. (Link)

#general: Drought but why – It is time we understood that since drought is human-made it can be reversed

Onida Air-conditioners has come out with a new brand campaign, conceptualised by the recently hired agency Zero:Zero. The famous ‘Neighbour’s envy, owner’s pride’ positioning has changed to ‘Let there be Chill’. (Link)

Mark Mobius is piling into commodity stocks in China, saying that a rebound in raw-material markets is only getting started after prices sank too far and that gains may be extreme.

Templeton Emerging Markets Group will add more raw-material stocks from Asia’s top economy, according to Mobius, executive chairman of the group, who’s been investing in emerging markets for more than four decades. Many of them will be good holdings for the long term, he said in an e-mail interview, without identifying particular companies. (Link)

According to Franz Cerwinka, the company has about 11% market share in India which it aims to push up to 20% in next five years. (Link)

In his resignation letter, the former Chief Secretary of Kerala alleged harassment and subsequent removal of dissenting independent directors for not toeing up the line by Dhanlaxmi Bank’s CGM Manikandan and MD & CEO G Sreeram. (Link)

Personal data of around 1 crore customers is feared to have been stolen from the server of the e-ticketing portal Indian Railway Catering and Tourism Corporation (IRCTC), thus raising fears of safety and security.

IRCTC is India’s largest e-commerce website, lakhs of transactions are conducted every day. Customers provide details like Pan Card numbers while filling up online reservation forms. A senior railway official said, “Somebody can create forged documents on the basis of the stolen data.” (Link) 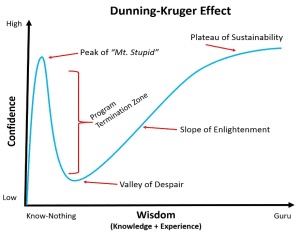 #general: President Trump? Here’s How He Says It Would Look

Donald J. Trump is now the presumptive Republican presidential nominee, but he is also keenly aware that many in his own party — and many Americans, frankly — are scared and anxious about the idea of him in the Oval Office. Even he is not sure how a deeply divided nation would adjust to the first 100 days of a Trump presidency. (Link)

Some Indian asset managers are investing in companies set to benefit from any resurgence in rural demand in a bet that one of the nation’s worst droughts in decades will soon end.

With the monsoon season about a month away, tractor producer Mahindra & Mahindra Ltd. and two-wheeler maker Hero MotoCorp Ltd. are among stocks that are rising. Both have climbed more than 17 percent from this year’s low as the India Meteorological Department predicts rainfall at 106 percent of the 50-year average. Poor rains for the past two years squeezed incomes and hurt company earnings. (Link)

Malvinder Mohan Singh and Shivinder Mohan Singh, the erstwhile promoters of RanbaxyBSE 5.63 % Laboratories suffered a major setback earlier this week when the Singapore Court of Arbitration awarded about Rs 2,600 crore ($400) million fine for concealing and misrepresenting facts from Japanese pharmaceutical company Daiichi Sankyo when they sold the promoters’ stake for $2.4 billion in 2008. (Link1) (Link2)

Oil prices pushed higher on Thursday, as a raging wildfire near Canada’s oil-sands district and fighting in Libya threatened production in those countries. (Link)

#macronomics: How to legally own another Person: The domestication of employees

The luxury items to be disclosed will also include utensils, apparels and furniture studded with precious stones and ornaments. (Link)

#general: Trumped! Why it happened and what comes next, Part 1

Depiction of a wrong map of India like showing Pakistan-Occupied Kashmir (PoK) or the state of Arunachal Pradesh as not a part of India on any online or electronic platform or physical documents could mean a stiff jail term of seven years along with an heavy fine of up to Rs 100 Crore, as per a new law being proposed by the Narendra Modi government. (Link)

In its draft guidelines, RBI proposes to allow applications for universal bank licences at any time, subject to a list of conditions. (Link)

#general: How Donald Trump broke the rules of modern politics, and won anyway

Polling? Who needs to do that? Fundraising? Can’t be bothered. Parse your words? Fuhgetabout it.

Donald Trump took the rules of modern politics, trashed them and became the last man standing for the Republican nomination anyway. (Link)

Dalian Wanda in talks with Carnival Cinemas and PVR, among other multiplex firms; high valuations seen as hurdle to potential deal. (Link)

S N Subrahmanyan, Deputy Managing Director and President, L&T said they are in discussions with the government on the delay and possible financial implications on the project. (Link)

Ram Bharat, the lowprofile younger brother of Baba Ramdev, has taken up the mantle to lead Patanjali Ayurved, acting as an informal chief executive officer of the Haridwar-based consumer products firm, three people in the know told ET.

While Ramdev is the face of the company and Acharya Balkrishna, managing director at Patanjali Ayurved, has a larger role in product development and innovation, Bharat, 38, is taking care of the day-to-day operations, they said. (Link)

India’s market regulator is in discussions with international experts and regulators to help it frame guidelines for high-frequency trading, according to its top official.

The Securities & Exchange Board of India is considering checks on super fast strategies in an effort to strengthen rules for algorithmic trading, Chairman U. K. Sinha said in Mumbai on Thursday. His comments came after the country’s top brokerage associations joined a growing chorus of voices calling for the regulator to take action. A report by one of its own advisory panels called for a full investigation into claims of collusion between the National Stock Exchange of India Ltd. and a high-frequency trading firm. (Link)