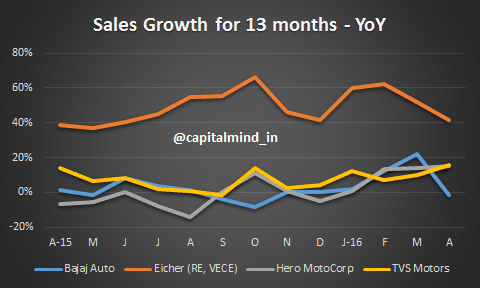 Incorporated in 1982, Eicher Motors Limited is the flagship company of the Eicher Group in India and a leading player of the Indian automobile industry.

Eicher Motors Limited (EML) is the flagship company of the Eicher Group. EML is now a leading player in the Indian automotive space.

All the Mutual Fund houses (over 20 funds hold the stock) were in for a rude shock today when the share price fell over 4% in pre-market openings. The stock closed at Rs. 18,960/-. This was due to the promoter stake sale today. 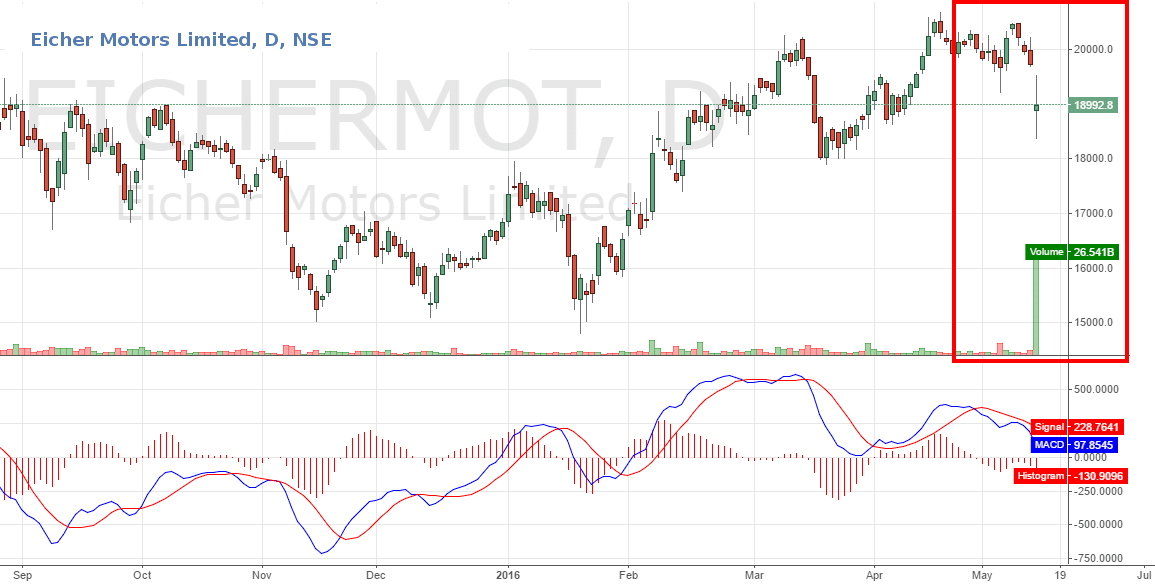 The shares were sold at a big discount to the Thursday’s price – at a price of approximately Rs. 18,400 when the stock was at 19,753 on Thursday. This is a 7% discount, which immediately took the share price down in the morning but it recovered to near 19,000 by the end of the day. 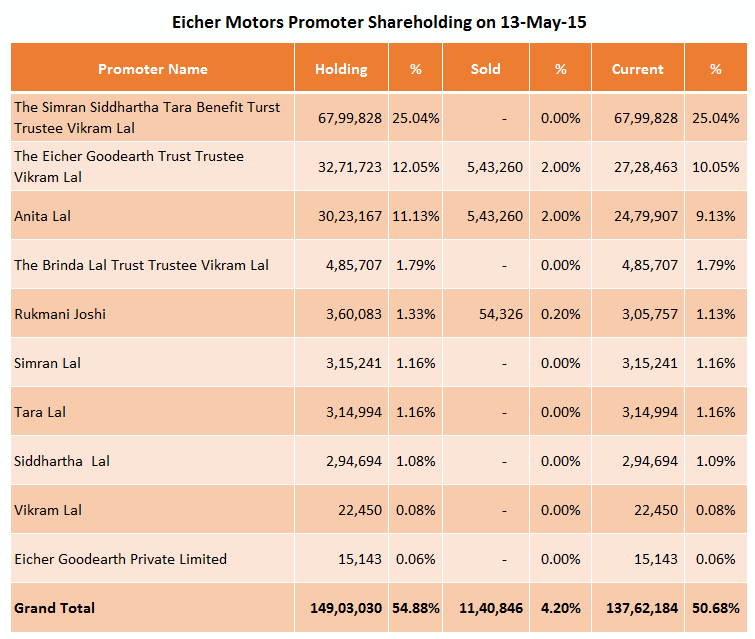 3% was purchased by EuroPacific Growth Fund. This Fund is owned by American Funds of the Capital Group– an American investment management firm of mutual funds, variable annuities, individual retirement plans, 529 plans and other forms of investments. No specific disclosure has been provided over the buyer of the remaining 1.20%.

It might sound fishy when the promoters needed 2,100 Cr for personal use. An optimist view of this would be that the promoters have decided not to use the company revenue to buy back shares and keep it for the growth of the business unlike other firms which have actioned a buy back process thereby not using the cash in the business instead. The fact that Eicher isn’t doing a buyback or increasing dividends means they will reuse the cash in expansion. Also, promoters continue to retain a majority stake at 50%+ and have stated they don’t intend to sell further in the near future.

A pessimistic view of this is that Eicher’s promoters are cashing out, oh my goodness, is it time to sell the stock. This could be true if only their sales numbers even looked like they were flagging or slowing tremendously. They don’t seem to be, at 40%+ year on year growth.

On the earnings front, Eicher has maintained a good lead over its rivals both in terms of financial performance and on track sales performance. The iconic Royal Enfield brand has taken over the high income earning population who have been migrating to the higher segments. (RE competes with Harley Davidson in the 500-750cc segment and TVS is also launching a higher than 250cc bike in association with BMW).

Eicher has had a healthy profit growth. The company has maintained a steady 40% growth YoY while its rivals Hero MotoCorp, Bajaj and TVS Motors have been laggards.

Here is the disclosure submitted to the exchange on this deal:

Mrs Anita Lal, Mrs Rukmani Joshi and The Eicher Goodearth Trust, part of the promoter group of Eicher Motors Limited (“EML” or “Company”), have informed the Company that they have sold 1,140,846 equity shares in EML, representing 4.2% of EML’s equity shares, for an aggregate realization of INR 2,100 crores. This sale has been done to provide liquidity to the promoters, and the proceeds will be utilized for personal uses, such as portfolio and other investments, and for charitable purposes.

Following the sale, the promoter group will continue to hold 50.67% stake in EML. The promoters intend to maintain a majority share in EML, and do not plan to sell any further shares in the foreseeable future.

Mr. Siddhartha Lal, Managing Director and CEO, Eicher Motors Limited, and also a part of the promoter group, said “EML is a standout success and we are immensely proud of our company’s journey so far. We believe there is a huge growth potential for EML in its domestic and overseas markets. We have the right business strategy and management team to deliver our growth aspirations. I am excited to continue to steer EML’s next phase of growth.”

Disclosure: No holding in Eicher, and no connections with the company.