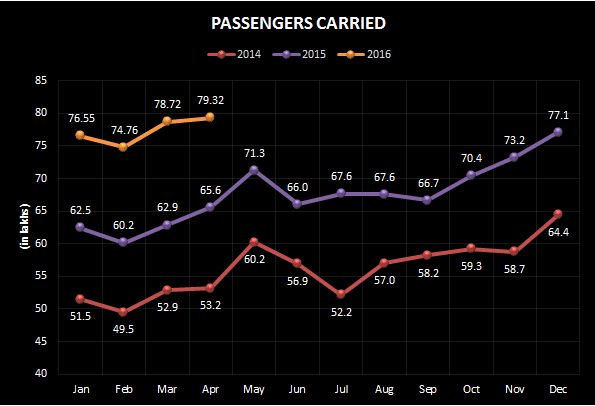 We bring you the “Domestic Airlines Report Card for India” for the month of April, 2016. We take a look at the Number of Passengers carried, Market Share of Each Carrier, Passenger Load Factor and others. (Here is the Report Card for March, 2016)

Indigo Airlines  – the market leader with +38.7% market share, carried 30.67 lakh passengers compared to 24.81 lakh passengers during the same month of the previous year, resulting in a growth of +23.6%. This is the highest numbers of passengers carried by any airline in any month over the past 28 months. 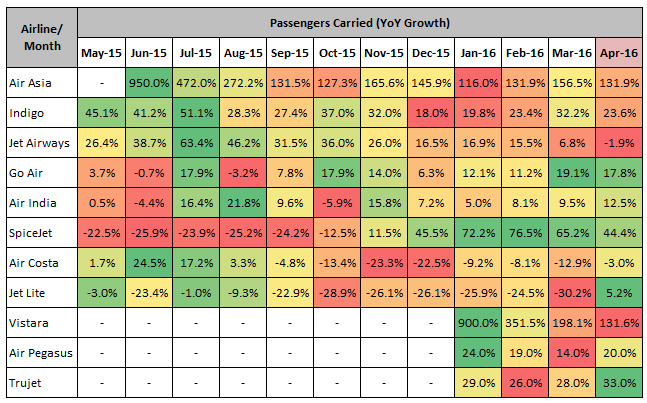 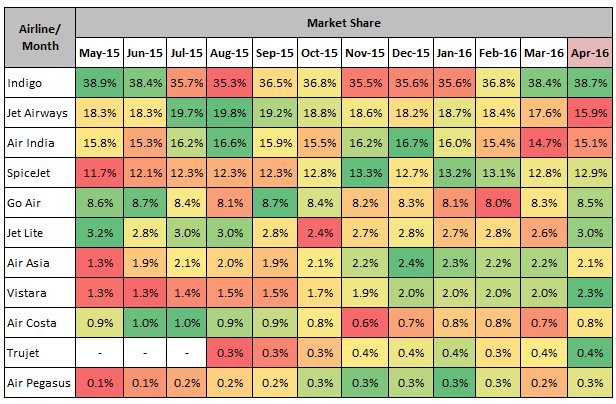 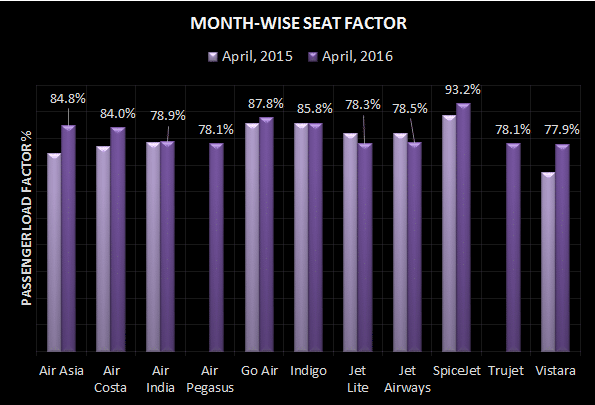 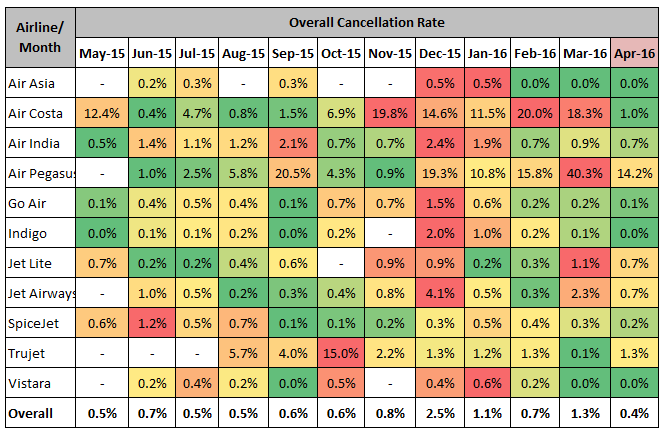