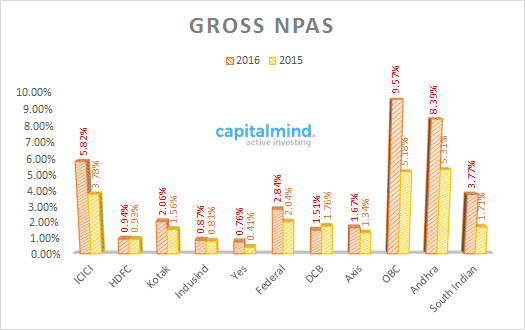 A quick look at Banking results shows us a major deterioration in NPAs – both Gross and Net.

Gross NPAs = the loans that are 3 months (or more) delayed in principal or interest, as a percentage of all loans.

Net NPAs = Gross NPAs minus provisions, as a percentage of all loans (minus the loans already provisioned for). While calculating Net NPAs the banks can reduce any amount already collected (like if they had shares as collateral, how much ever they recovered from that etc).

Technically if banks provided fully for all loans there would be no Net NPA. But because banks leave loans in Limbo, they have Net NPAs.

Here are two charts – of the Gross and Net NPAs of banks that have released results so far: 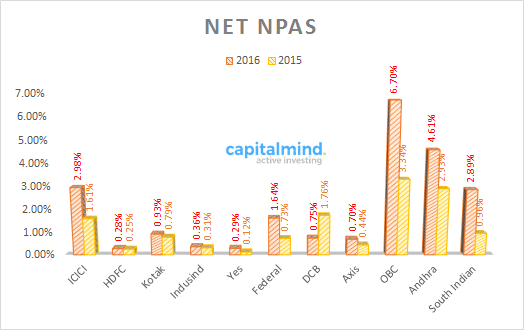 What we see is:

As more banks come up with results, the chart will get crowded, but we’ll know how crazy this situation gets. 2016 is going to be bad – we just don’t know how bad.