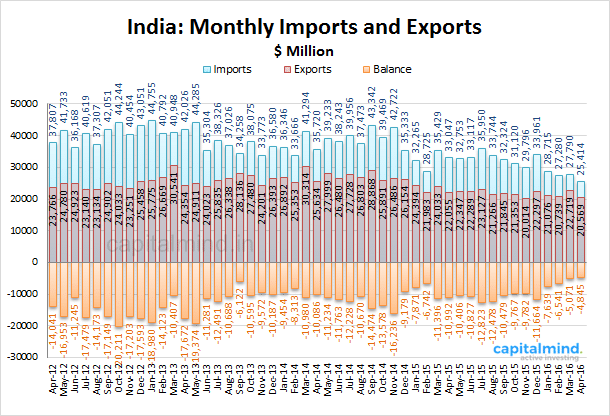 India’s trade deficit has been the lowest in in about five years at a deficit of $4.85 billion.This is on the back of much lower imports and steady exports in the Month of April 2016.

What’s changed? Imports have fallen much more than exports – but both are in negative territory. 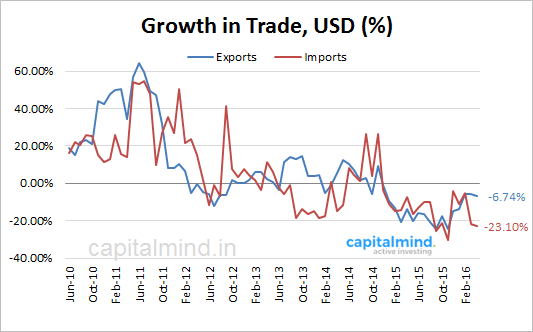 The problem with falling imports is: what’s really happening? Apparently it might not be so bad – jewellers were on strike for most of March and some of April (the strike was called off on the 13th). Imports would have only started after, but apparently even Gold imports are down 60% year on year. But that’s only the good part of the news. Imports of stuff that indicate a growing economy are also slowing, with the estimates showing that Electronic Goods imports are down 24% and Electrical Machinery imports are down 20%. 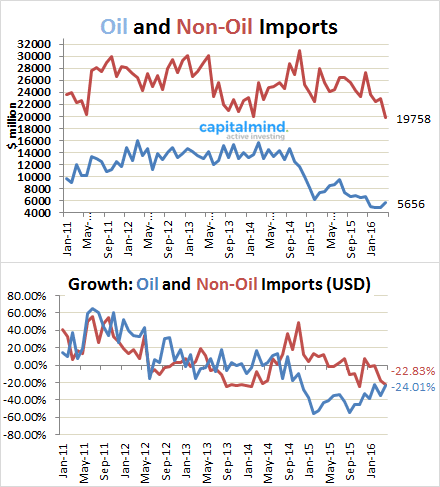 The worst part of the news is that Trade is down if you measure it in total. Average trade per day (a better measure since months have a different number of days) is now down nearly 20% year on year. 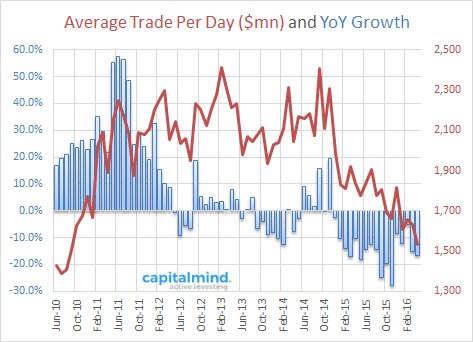 The total trade number per day is the lowest since 2010.

Our View: This isn’t great of course, but the gist: