Looking at things from a component perspective, Food Inflation has eased off the most, falling to 5.5% while Fuel inflation too is at at low of 4.6%. Transport costs, however, have gone up (though at 2.4% this is hardly inflationary). 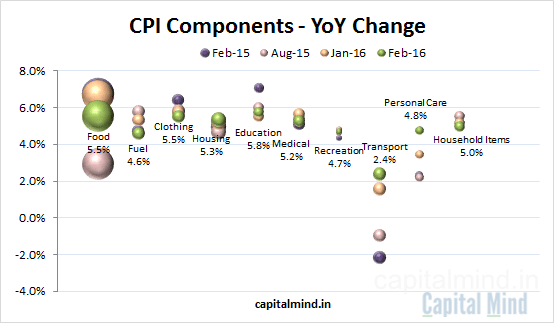 This time, both rural and urban inflation has fallen: 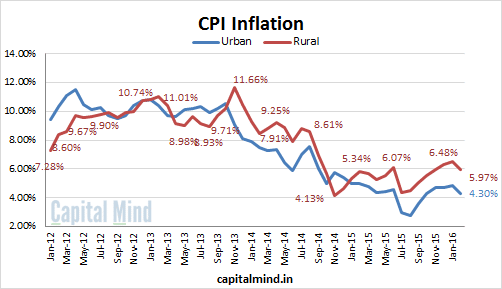 However, “Core” CPI – the stuff after you remove food and fuel – is going up. It’s still at 4.77% which is not a major concern yet. But it’s a reflection of secondary inflation, the kind that is difficult to reduce. 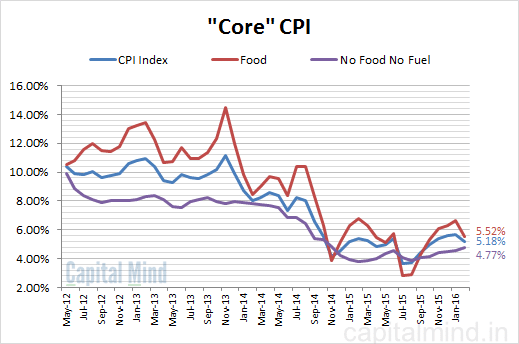 This is the highest core CPI inflation number we have seen since November 2015 – a fifteen month high!

It should be fairly obvious now that the data says:

The only thing left to wonder is: what will the Fed do? It’s meeting kicks off today (Tuesday) and there is a statement expected on Wednesday. Given that Rajan has talked about co-ordinated action among central banks – and the fact that no other central banker wants to coordinate – he might just decide to wait till he sees what the Fed does before easing or raising rates.

But the data currently has everything needed for easing of rates. It might make sense to wait for the Fed, but unless something dramatic happens, it would make little sense to not ease further.