Anuh Pharma Limited (APL) – a BSE only listed stock, is part of Mumbai based SK group of companies is a mid-sized player in the API/bulk drug industry and is engaged in manufacturing products such as: erythromycin and its salts, higher macrolides like azithromycin, roxithromycin etc, pyrazinamide, corticosteroids and chloramphenicol. APL’s manufacturing facility is located at Boisar, Thane District and has an annual capacity of 750 tones.

Anuh Pharma is one of the largest manufacturers of Macrolides and Anti-TB products in India, besides being a major player in Anti-bacterials, Anti-malarial, Anti-hypertension and Corticosteroids.

A few notes from the company’s annual report:

The company has received GMP certifications for it’s from US FDA, UKMHRA, European Pharma Commission and Mexican Authorities. The company on the 7-Dec-15 received the GMP (Good Manufacturing Practice) Certificate from COFEPRIS (Health Authority of Mexico) and on the 16-Dec-15 it received World Health Organization (WHO) Prequalification for the product Sulfadoxine. 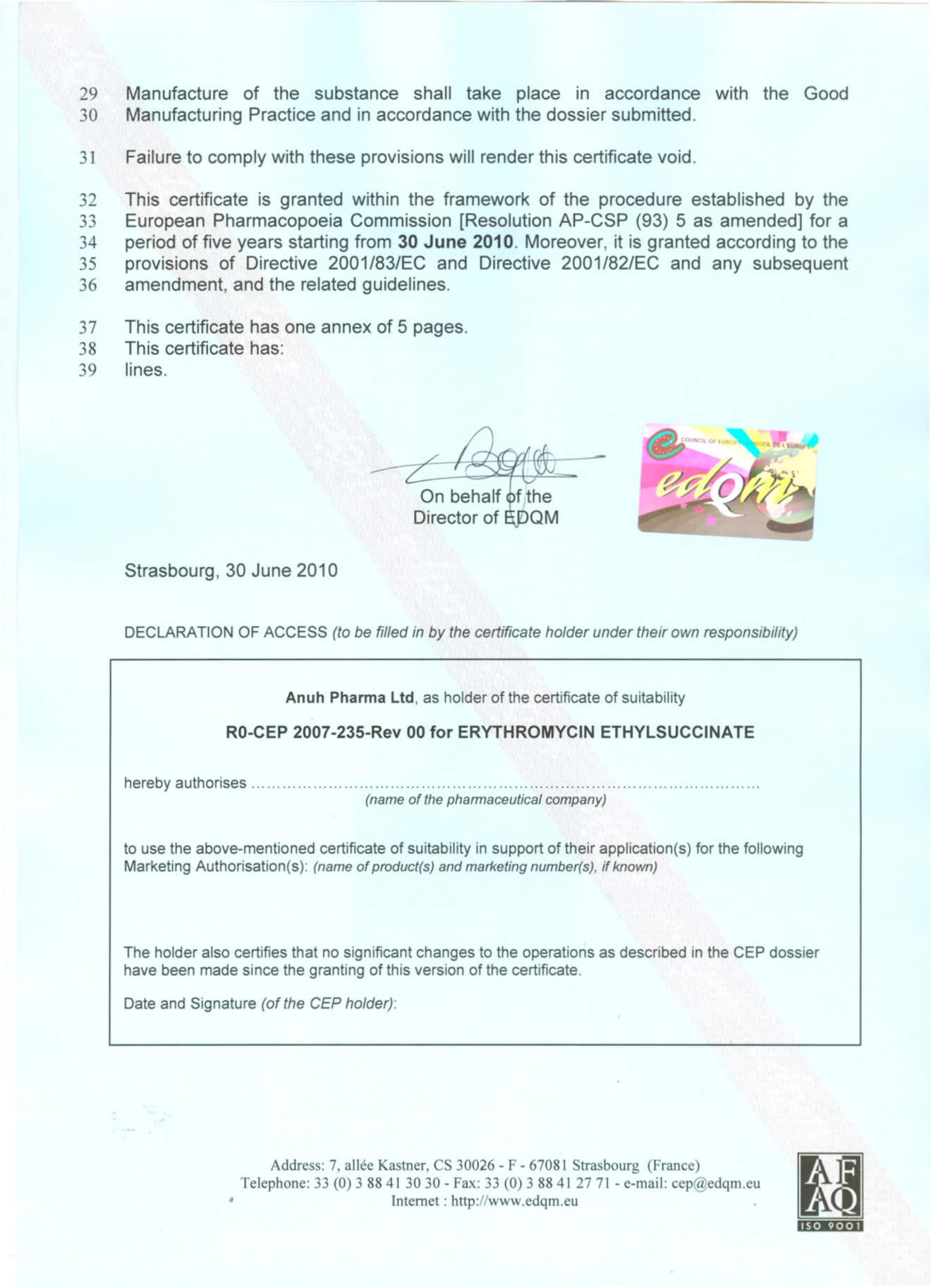 Here is what the company said: According to the resolution, they have given us the possibility to request a hearing in order to ask the EDQM Ad Hoc Committee to review its decision.

The Company do not expect significant effect on its top & bottom line since the Company have very good presence in Indian and rest of world’s market.

Today the French National Agency for Medicines and Health Products Safety suspended the GMP certificate issued to Anuh Pharma with the following reasoning: 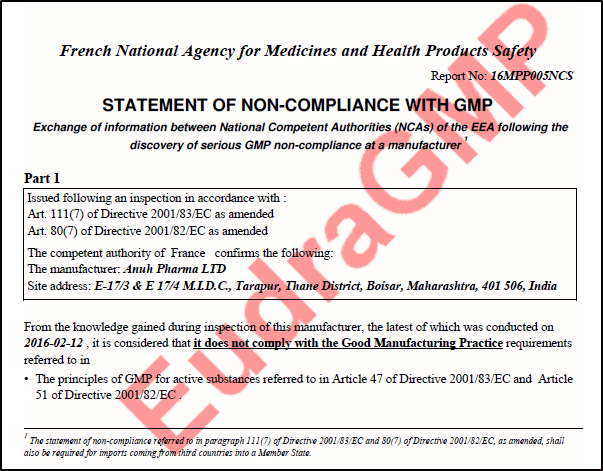 From the knowledge gained during the inspection conducted on the 12-Feb-16, it is considered that the company does not comply with the Good Manufacturing Practices.

There were 24 deficiencies observed during the inspection and due to this, the certificate is being withdrawn, recall of all the products released from these contaminated batches, no further use of the active substances manufactured by the site.

The findings reveal a critical non-compliance of the quality system of the company as a whole. Moreover, due to the several lack of transparency of the company regarding its manufacturing activities, there is no assurance as regards to the origin of every batch of active substances claimed to have been manufactured by the company at the Boisar site. Consequently, it is considered that the identified risks are applicable to all active substances manufactured at the site. 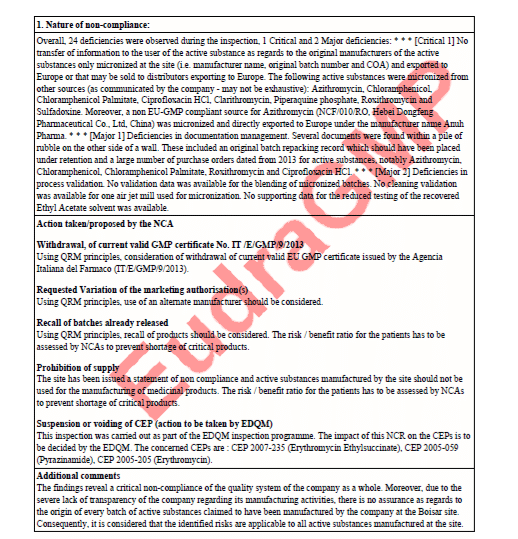 This is how their sales panned out (period ending December, 2015): 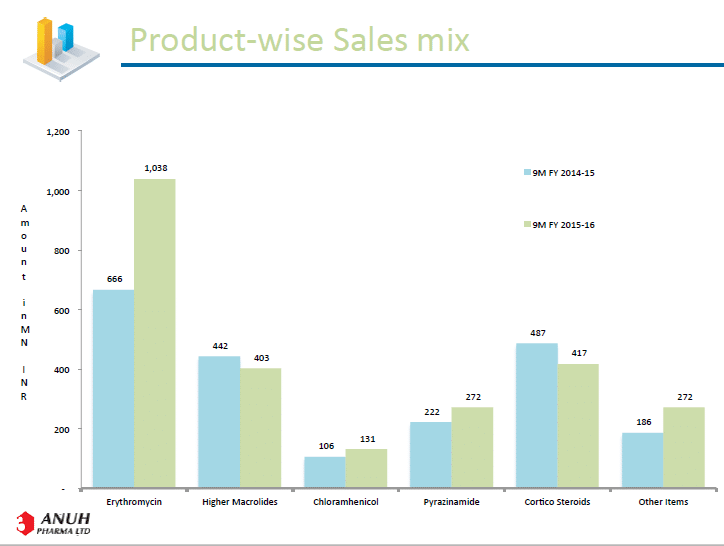