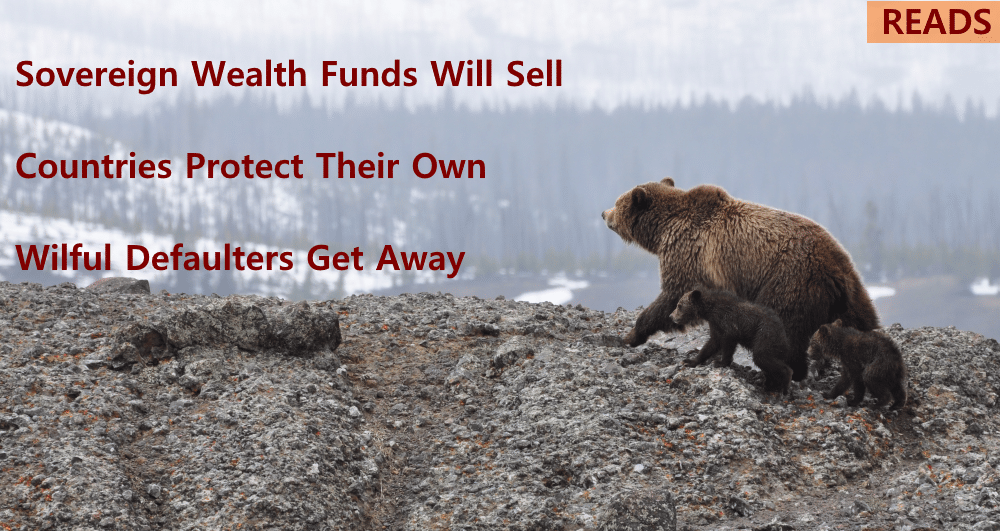 There were altogether too many interesting things to read today, so:

US Shale Bankruptcies could change contract assumptions: A shale manufacturer, Sabine Oil and Gas, is going through bankruptcy court. It is a shale producer but has a contract to push its oil through pipelines owned by Cheneire Energy, which spent $84 million to build the pipe to Sabine’s facility. The argument now is: Can Sabine ship its oil out another way, say by truck? If that’s so the bankruptcy negotiations may yield a higher bid – as is the case in another bankruptcy settlement in progress, where there is a buyer at $225 million if such “gathering contracts” are annuled, and only at $94 million if not. The next week will see some interesting judgements. 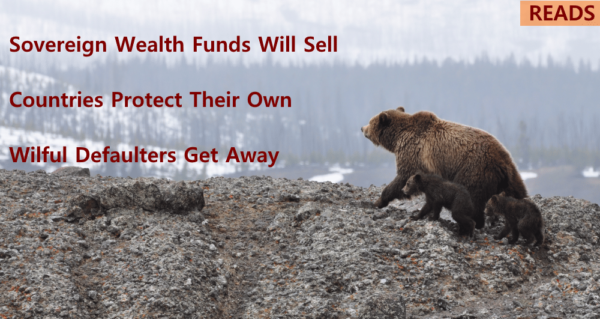 Punjab National Bank has released a list of 900+ “wilful” defaulters. These are companies that either have money and won’t repay, or have siphoned off money through some source or the other. The list contains listed companies and even a government entity, NAFED!

Prof. Bakshi has an awesome post about Risk taking. While I will differ on the specifics on some of what he speaks of, I think the way the information is presented is excellent, and makes for a great learning case. I am very skeptical of highly promoted stocks or investment ideas myself. I am also not interested in “commodity” plays, for the most part. But I differ in my view of leverage or risk – while there is risk in everything, its important to understand the nature of the risk and whether that extreme in terms of risk/reward is something you’re willing to take. You shouldn’t play russian roulette – where you end up dead as a consequence of the risk – but if it’s Russian roulette with a water pistol and big stakes, would you not consider it?

At some point taking calculated risks is a part of the investing game. We talk of stop losses all the time. Yet, there is a risk that you can’t take your stop – that the stock hits lower circuits through its down move, and you will not be able to exit. That doesn’t mean we don’t buy stocks at all, or that we don’t care about stops anymore. You have to take that risk, and keep position sizes such that in that off case where you do get hit, it’s not going to kill you. This applies to derivatives, leverage, or debt; but having said that, your investments are supposed to let you sleep well. If you don’t sleep well because of your investments, you’re missing the point. And if leverage or debt gets in the way, sell until…you sleep well.

Debt defaults in Singapore surge. It’s not just India, apparently. Large defaults in the natural resource pack – from mining to oil – are becoming commonplace. It’s best to be prepared for India to follow suit.

Ratan Tata spoke against the current airlines who are opposing the change in the 5/20 rule for new airlines. (That they should be in operation for 5 years and have 20 aircraft to be allowed to fly international) Tata owns stakes in Airasia and Vistara, two new airlines in India, that wouldn’t qualify under existing criteria. A view to scrap the criteria had brought the Spicejets and Indigos screaming saying they weren’t allowed it in their first five years, so why should Vistara or Airasia? Tata has in the past also asked for lower duties for car components too. As a non-protectionist, I’d agree with him – but I wish he’s express his disgust for the horrible steel duties as well – which have resulted in Indian car manufacturers paying more for steel than others elsewhere. But will that position hurt Tata Steel?

Sovereign Wealth Funds may sell $400+ billion of equities, says Bloomberg, but what else will they do when their budgets won’t balance because of low oil prices? Their expenses are fixed, they have lower incomes, and like India, they must rely on “asset sales” to bridge the difference. Oh yes, and because they sell, India gets hurt too, since some of that money is invested in Indian equities.