Jain Irrigation hived off its food division into a subsidiary called Jain Farm Fresh Foods Ltd to cater to the domestic market.

Currently, ‘AamRus’ is available in hypercity and Sahkaari Bhandaar stores in Mumbai. The product is expected to be sold across greater Mumbai within two months, Jain Irrigation said in a BSE filing.

#general-from the past: Social media too reflects a negative stock market sentiment

An analysis of social media posts — done with the benefit of hindsight of the 1600 BSE Sensex crash on Monday, August 24, 2015 — suggests that people were fearful of a possible crash.

Social media posts moved from a positive sentiment band in the beginning of last week to an utterly negative zone last Friday, hinting that investors were not confident of market holding up at higher levels, according to Heckyl Technologies, a data analytics firm.

#macronomics: GDP growth for FY15 marginally revised down to 7.2%

GDP growth rate for FY14 revised downwards to 6.6% from earlier estimate of 6.9%.

Three Wipro employees in Kolkata have been arrested in connection with a security breach in the customer records of a UK-based telecom client TalkTalk, a development that could have major implications for the IT company.

Last January, investors expected the market to put in another year of strong rally after the sharp rise they enjoyed in 2014, following the installation of a new government at the Centre in mid-2014. The S&P BSE Sensex was above 29,000 in January 2015 and seemed to be headed higher. Investors were expecting a “reformist” budget, the second one by the Narendra Modi government. Actually, it was first one that the government had time to plan. After all, the July 2014 budget left the government with very little time to prepare. The budget turned out to be an anti-climax. The Sensex crossed 30,000 but that was the peak. On 20th January 2016, it had touched a low of 23,839, a peak to trough decline of 20.6%.

Iran wouldn’t coordinate a crude-oil output reduction with the Organization of the Petroleum Exporting Countries until its own production returns to pre-sanctions levels, a top Iranian oil official said, potentially dashing market hopes of a supply cut.

Iran “won’t consider a cut” until its exports have increased by 1.5 million barrels a day over current levels of roughly 1.1 million barrels a day, the official said. The country is furiously restarting its oil exports after the lifting of nuclear-related western sanctions, which had forced its production down by more than a third.

The April-December fiscal deficit — the difference between government revenue and expenditure — stood at Rs.4.88 lakh crore, which is 88 per cent of the Rs.5.55 lakh crore target for the full year set by Finance Minister Arun Jaitley in the Budget. It amounts to 3.9 per cent of the GDP, a target that many industry leaders want to be pushed back in favour of increased public expenditure. They said it will boost domestic demand.

Airlines Is in discussion with Air Serbia to lease an A330 aircraft and is evaluating options to operate or sell Boeing 777 planes upon return from Etihad.

#general: How I Scammed Quikr and Paytm, And It Was The Easiest Thing Ever

Ahead of the Budget, government on Saturday hiked the excise duty on petrol by Re 1 per litre and Rs 1.50 on diesel, the third increase this month, to mop up over Rs 3,200 crore in additional revenue, netting in all Rs 17,000 crore in three months.

#general: HSBC to freeze salaries, hiring in 2016 in battle to cut costs – sources

Europe’s largest lender, HSBC, is imposing a hiring and pay freeze across the bank globally in 2016, two sources familiar with the matter told Reuters.

An email was sent to staff on Friday detailing the latest cost-saving measures, according to the sources who spoke on condition of anonymity.

#general: Woman can be ‘karta’of a family: Delhi high court

Delhi HC in its landmark verdict said that the eldest female member of a family can be its “Karta”. The ruling came on a suit filed by the eldest daughter of a business family in north Delhi. The HC ruling is important because it takes the 2005 reform in the Hindu Succ
ession Act to its logical conclusion.

A government official says there is consensus among the airlines and the ministry that fixing an upper limit in airfares will not be a constructive idea.

Global shares appear to be in the midst of a relief rally, which could go on for a bit more, but traders should tread with caution on the long side, says CNBC-TV18 Consulting Editor Udayan Mukherjee.

#macronomics: Rate cut can wait, liquidity is a bigger issue

RBI governor Raghuram Rajan is likely to wait for the Union Budget to be presented before another rate cut.

Last month’s plunge in crude to $30 a barrel proved too much of a bargain for China to turn down even as its economy lurches toward the weakest growth in a generation.

Chinese companies booked tankers to collect more West African crude in February than in any single month since at least 2011, data from the physical shipping market collated by Bloomberg show. It also increased its purchases of oil from producers in the North Sea and Russia. The voyages are all thousands of miles farther than the Middle East, which supplies most to the Asian country.

With oil dropping below $30 a barrel, producers in Western Europe’s biggest crude exporting nation are now considerably worse off than they were in the darkest hours of 2008.

Norway’s oil “industry is in a crisis now, we can’t deny that,” Bente Nyland, director general of the Norwegian Petroleum Directorate, told Bloomberg. The krone lost 0.8 percent against the euro as of 9:58 a.m. in Oslo, with crude oil down about 2.8 percent.

#macronomics: Crude Sinks to Day Lows after Goldman Explains Why No Oil Production Cuts Are Coming

#macronomics: “This Is Much Larger Than Subprime” – Here Are The Legendary Hedge Funds Fighting The Chinese Central Bank

#general: Is an online ticketing aggregator, BookMyShow, an ecommerce model like no other?

The G7 theatres were also a black marketer’s paradise. For popular shows, more tickets are sold by touts on the pavements outside at a premium than at the counters. So, when BookMyShow (BMS), an online ticketing aggregator for movie and events, announced in mid-January that it had signed up G7, it was indeed a surprise.

Credit investors, who are notorious for their pessimism, are starting to feel a little better about the world. At least those with a lot of cash are, and they could be at the leading edge of a nascent rebound.

Blackstone, the world’s largest manager of alternative assets, is a prime example of this. It just unleashed the greatest amount of its cash in a quarter on corporate debt, private equity and real estate in the three months ended Dec. 31, seeking to take advantage of depressed debt values and more desperate conditions specifically in oil and gas companies.

Kingdom faces a future of higher taxes and low fuel subsidies amid fears the world’s weakest oil producers will soon begin to buckle.

A British arms agent wanted by Indian investigators in a helicopter scam has accused the Narendra Modi government of offering Italy the freedom of two marines in exchange for evidence linking Congress chief Sonia Gandhi and her family to the corruption that hit the headlines in 2013.

Christian Michel, the 54-year-old agent, has made the allegations in a letter to the International Tribunal of the Law of the Seas in Hamburg and the Permanent Court of Arbitration (PCA) at The Hague where Italy and India are battling legally over murder charges against the marines.

#general: Alphabet Becomes The Most Valuable Public Company in The World

And with that, Alphabet became the most valuable publicly-traded company in the world — coming in at a market cap $558 billion after jumping about 8% after the company reported its fourth-quarter earnings, and passing Apple, which sits at a market cap of $535 billion.

#macronomics: Are we heading for a crash?

Ramdev alleges that the local units of multinational packaged consumer goods makers had ganged up against his firm and were hatching a plot to hurt its business.

#general-from the past: Daljeet Singh Kohli of IndiaNivesh says Force Motors has more room to grow as luxury car demand takes off

#general: If last week you were sure that we are in a 2008 scenario all over again, then we are probably here 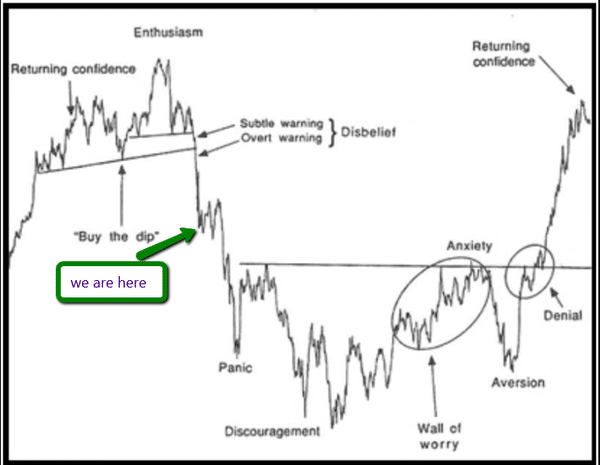 B P Plc reported a 91 percent decline in fourth-quarter earnings after average crude oil prices dropped to the lowest in more than a decade.

Profit adjusted for one-time items and inventory changes totaled $196 million, the London-based company said Tuesday in a statement. That missed the $814.7 million average estimate of 10 analysts surveyed by Bloomberg, and compares with year-earlier profit of $2.24 billion. Shares fell 5.1 percent at 8:05 a.m. in London.

Offshore wind investments in Europe doubled in 2015, according to new data from the European Wind Energy Association (EWEA).

To get growth up, Jaitley may have to walk alone. He is unlikely to get any leg up from Rajan, who sees inflation and fixing bank bad loans as his main challenge.

Anomalies in recovery mechanism, financial mismanagement has lead to the corporation defaulting on its payments.