India’s Index of Industrial Production (IIP) contracted in December; it fell by -1.3% over the earlier year. The November data, earlier reported at -3.2% (Which we noted was due to the Diwali Effect) has been revised to an even lower -3.43%.

The Diwali effect could explain the contraction in November but the fact is that manufacturing was hit in December as well. This might be partly because of the rains in Chennai which stopped production in many factories in and around.

Manufacturing is the biggest component of the index (75%). 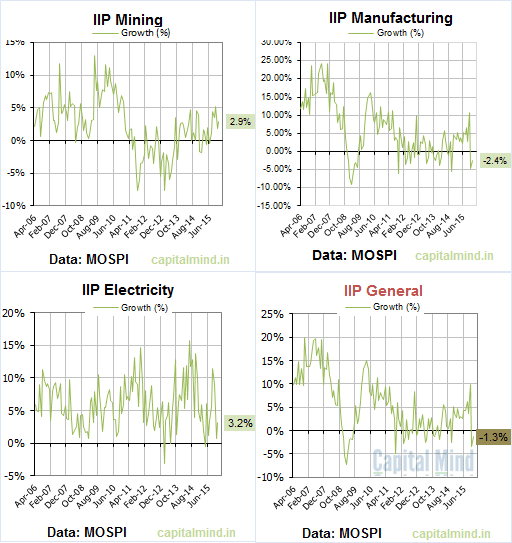 Use Based Indexes: Collapse in Nearly Everything

Basic, Capital and Intermediate Goods production data must have been quite horrible because all of them slipped into negative growth territory. Even Consumer Goods fell quite a bit. 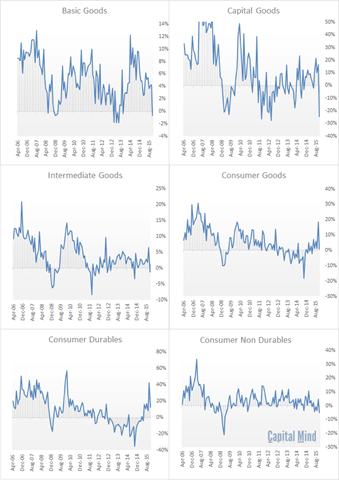 Our View: Chennai rains or not, this is terrible data! After months of positive growth, manufacturing growth has turned negative even after the Diwali effect waned. But IIP has not been a big impact in terms of both markets or in terms of actual company results later, so we should perhaps not give it much importance. Having said that, it’s all we have!