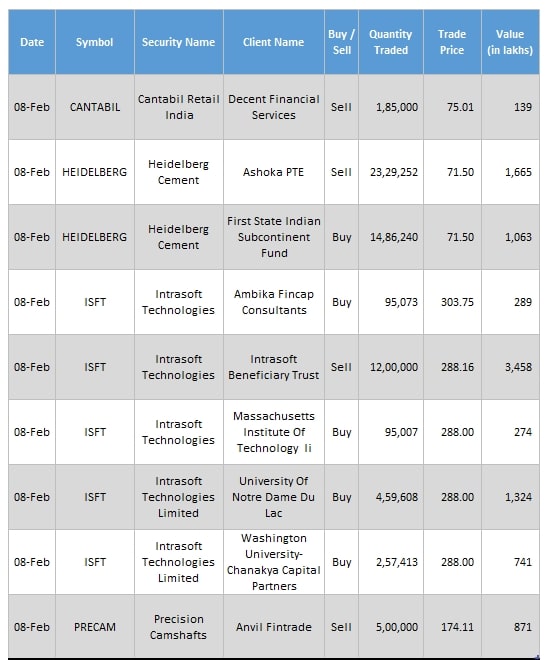 Cantabil Retail India is in the business of designing, manufacturing, branding and retailing of apparels under the brand names of CANTABIL. The Company started its garments manufacturing and retailing business in 2000 and opened its first Cantabil store on September, 2000 in New Delhi. The CANTABIL brand offers the complete range of formal-wear, party-wear, casuals & ultracasual clothing for Men and Women in the middle to high income group. The company launched their second brand KANESTON in 2013. The KANESTON brand caters to men’s segment in undergarments. The company also retails various accessories like ties, belts, socks, caps and handkerchief under the same brand.

The company recently announced its Q3 results: Standalone total income from operations of Rs 45.89 crore and a Net profit of Rs 2.43 crore for the quarter ended Dec ’15. Other income for the quarter was Rs 0.26 crore

The company recently announced its Q3 results: Standalone total income from operations of Rs 408.01 crore and a net profit of Rs 8.90 crore for the quarter ended Dec ’15. Other income for the quarter was Rs 5.29 crore

IntraSoft Technologies Limited is in the business of providing back ended IT Enabled Services to its subsidiary companies.

They sell approximately 310,000 products from over 1,500 brands on the Internet under the brand name “123Stores”. The company’s E-greetings subsidiary www.123greetings.com is the world’s leading online destination for human expressions reaching 95 million visitors annually. It also operates 123Greetings Studio, a unique platform for artists, to upload and monetize their own ecards.

The company recently announced its Q3 results: Consolidated total income from operations of Rs 258.55 crore and a net profit of Rs 5.17 crore for the quarter ended Dec ’15

One of the world’s leading manufacturer and supplier of camshafts, a critical engine component, in the passenger vehicle segment based on our estimated global market share by volume. The company supplies over 150 varieties of camshafts for passenger vehicles, tractors, light commercial vehicles locomotive engine applications from its manufacturing facilities in Solapur, Maharashtra.