This is a follow on post of Maruti Suzuki based on the financial results declared on the 28-Jan-16. We have captured a few essentials of the earnings call and at the same time incorporated the Q3 numbers into our earlier post (Company Notes: Maruti Suzuki). You can also check out the Maruti Suzuki Financial Results Q3 and A summary of the Nifty 50 results.

Here is what the company had to say: 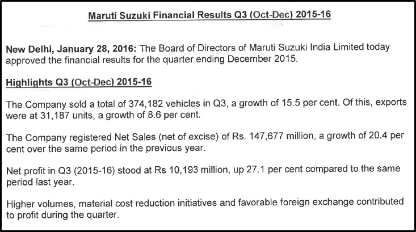 A few salient points of the call:

You may also be interested in reading “Japan’s Desperate Move: Negative Interest Rates” as we continue to monitor its impact on the share price of of Maruti Suzuki. 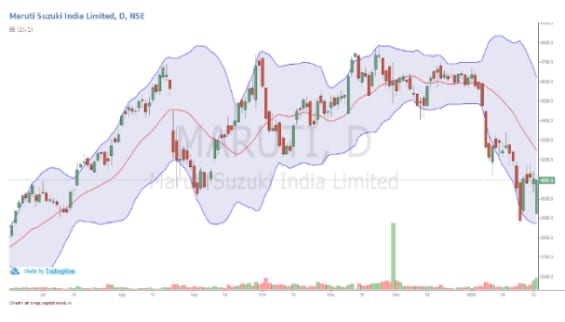