In what is a strange negative macro situation, inflation’s bumped back up in January to 5.69%. This is the highest number since Sep 2014. 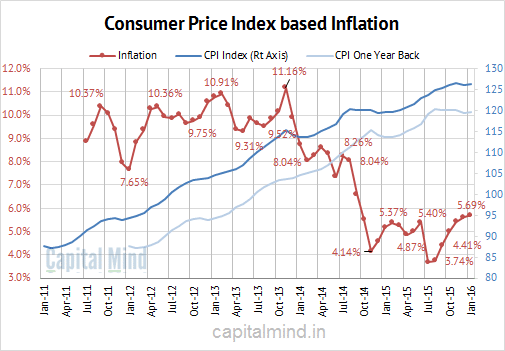 Looking at each component the highest was food at 6.7% but we see rising trends in fuel, Housing and Medical costs too. The culprit? We haven’t let the lower fuel costs percolate down into the economy, because the government has levied high taxes on fuel through excise duty. 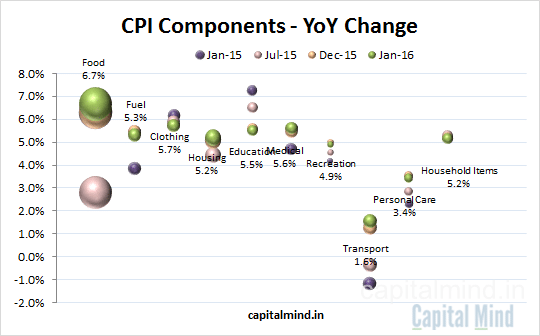 Urban and Rural Inflation are both Up

Both Urban and Rural numbers are up this time, and the rural number is a high 6.48%. With lower wages in the rural areas, and high inflation, things won’t be good in the villages! 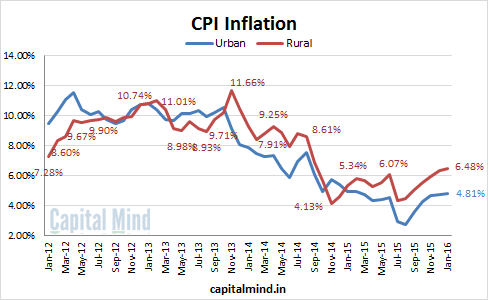 Core Inflation Too Looks Up

If you removed food and fuel, you will get the “non-volatile” inflation in the economy. Sadly, that has been going up too! 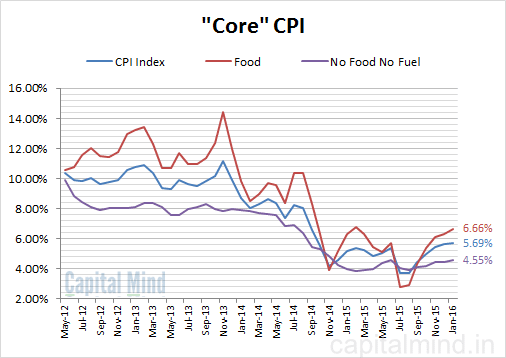 We see that at 4.55% this is close to the highest in about a year. This doesn’t bode well, because this means inflation is being “sticky”.

Overall, lousy data and we are likely to need more attention on inflation.