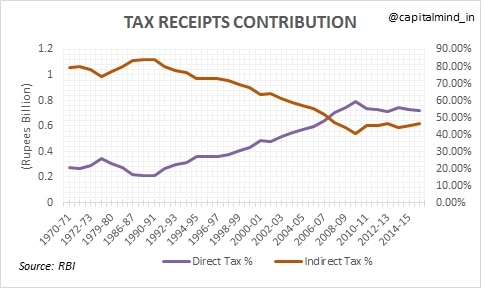 As part of this feature, we take a look at Government Revenue – the one decent barometer measuring the government performance or say a report card of how our finance ministers (master of coins as described in The Game of Thrones) both past and present have been performing. Do note: this excludes all politics, mud sheds, gali galocha, hulla bulla. We don’t side with the left or the right, neither do we switch camps like mantri mahodays or go crazy like the guy from Not Times Now.

Other than these there are Interest Receipts, Capital Receipts and Revenue Receipts. We don’t intend to bore you with the details and would love to completely skip them and talk today only about the Tax and Non-tax revenue.

Revenue receipts refer to those receipts which neither create any liability nor cause any reduction in the assets of the government. Taxes are revenue receipts, and assets sales are capital receipts. 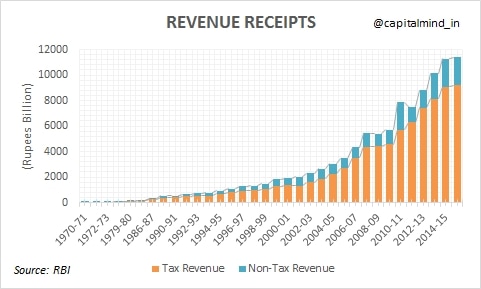 Here are some facts: 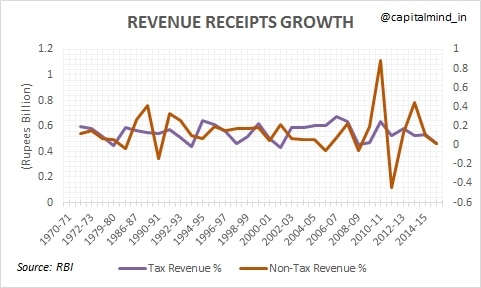 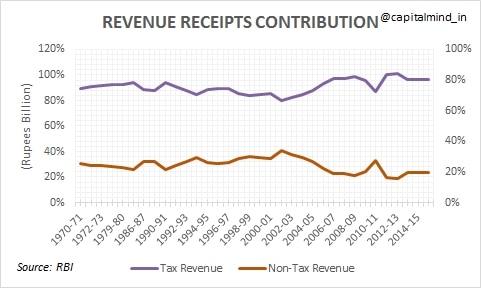 Tax Revenue is comprised Direct Tax which is further comprised of Personal Income Tax and Corporation Tax and then there is Indirect Tax.

We let the charts explain: 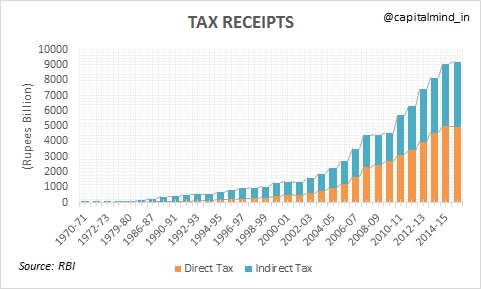 Personal Income Tax is the tax paid on the amount a person earns from his salary and Corporate Tax is the same with the difference that this tax is applicable for non-living bodies i.e. Companies. 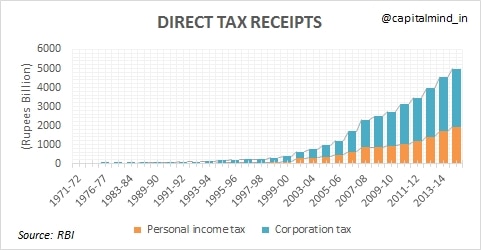 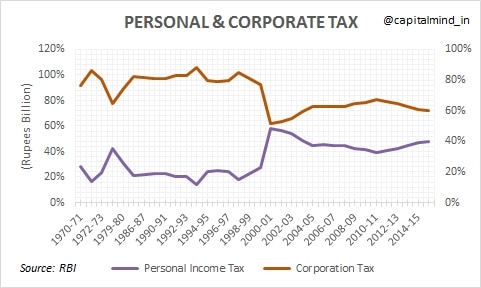 Nothin
g in this newsletter is financial advice and should not be construed as such. Please do not take trading decisions based solely on the matter above; if you do, it is entirely at your own risk without any liability to Capital Mind. This is educational or informational matter only, and is provided as an opinion.