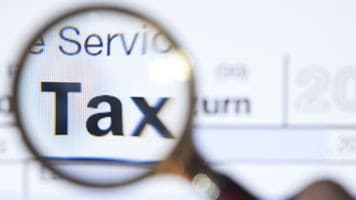 As the Budget day 2016 dawned upon us, expectations were lofty; would the government ease taxation? What about small savings schemes? Oh, the subsidies, something has to be done about them! While the Budget Speech in itself was quite a drab, it would seem that the devil is in the details.

In this post, we look at how the Budget has altered Service Taxes:

Alert! Another cess on the horizon. Owing to the success of the Swachch Bharat cess, the Finance Ministry has now decided to come up with the Krisha Kalyan cess. What is it?

The tax (because that’s what it is) of 0.5% will be levied on all the existing taxable services and will come into effect on June 01, 2016. The proceeds from this burden, will be used to improve agricultural practices, and boost welfare of the farmers. Input tax credit will be available against this charge. This basically means that any Taxes Paid on the inputs of the final service that you are providing, will be available to you as a Tax Credit. This concept is the underlying principle of Value Added Tax (VAT) – you only pay taxes on the value that you add in the value chain.

The Krishi Kalyan cess, is proposed to be collected in another way as well. Enter Black Money. A strong and continuing focus of the Finance Ministry has been to pre-empt those with undeclared assets and income, to come forth and do so. Special attention has been given to this focus this year. Any declarants who come forward and declare their undisclosed income, will have to pay 30% taxes on it, plus a 7.5% penalty and an additional 7.5% as a surcharge. This additional charge will also accrue to the ‘Krishi Kalyan’ scheme.

The following services are proposed to be slapped with service tax from April 01, 2016.