How the PMO dismantled the sleazy nexus of power, cash and influence at the heart of the Delhi Durbar.

Royal Bank of Scotland warns of ‘cataclysmic’ year with slumps in shares and oil and advises clients to shift to bonds.

Shares of Marksan Pharma plunged 18 per cent after the company’s Goa plant failed to clear an inspection by the UK drug regulator, media reports said. The company got a notice of deficiency from UK MHRA, as per sources related to the matter.

The drug regulator is said to have found violations in goods manufacturing practices (GMP) norms in the Goa plant.

The Nitish Kumar government on Tuesday decided to impose 13.5 per cent tax on luxury items including on sweets priced more than Rs 500 a kg and mosquito repellant among others to mop up additional revenue for carrying development work.

The New Year started on a muted note for Indian investors, as Rs 4.5 lakh crore of investor wealth got wiped out in the first eight sessions of the year.

Total investor wealth, measured in terms of the cumulative market value of all listed stocks, fell by Rs 4.5 lakh crore to Rs 96.37 lakh crore as of January 12 compared with Rs 100.93 lakh crore on January 1. The S&P BSE Sensex lost nearly 5 per cent during the same period.

You may not be soon required to carry your motor insurance policy documents every time you take out the car. The Insurance Regulatory Authority of India has launched a digital motor insurance initiative known as e-Vahan Bima, which has already been implemented by the Telangana state government and other states are expected to follow suit.

The top rupee forecasters see the Indian currency rallying after three quarters of declines as spending by the government and business tycoons fuel the fastest growth among the world’s major economies.

The currency will strengthen as much as 2.8 percent to 65 a dollar by the end of March, according to Kolkata-based Kshitij Consultancy Services, which had the most accurate estimates in the last four quarters in Bloomberg’s rankings.

The partnership between Amazon and Kishore Biyani’s Future Group is in trouble as the online retailer has reportedly asked the offline retailer to bear a part of the burden of discounts being offered to customers.

Amazon’s proposal is likely to be discarded by Biyani as the Future Group is not interested in offering steep discounts on products it sells, sources familiar with the matter told The Economic Times. 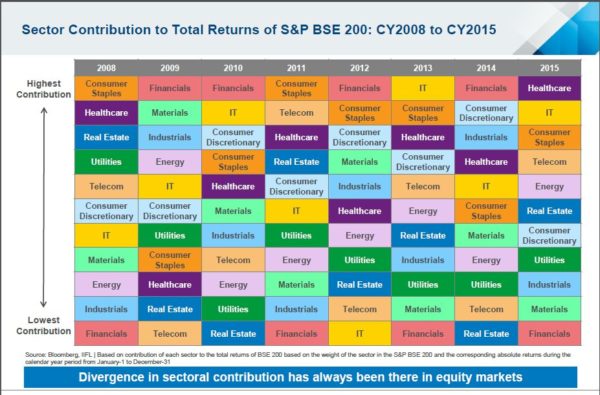 KKR, Warburg Pincus and Baring Private Equity Asia have shown interest in buying the 34% stake held by the healthcare firm.

The fear of being labelled as tax terrorists has led to a drastic drop in search and surveys by the income-tax department, which is being reflected in a Rs 40,000 crore likely tax collection shortfall this fiscal.

Up to December, both searches (where I-T sleuths raid both business and residential premises of an entity) and surveys (where department officials raid only business premises) stood at 105 and 75, respectively compared to number of 273 searches and 503 surveys in the previous fiscal.

#general: Rio Freezes Pay From CEO Down as Commodity Collapse to Persist

Rio Tinto Group will freeze salaries for 2016 as the world’s second-biggest mining company warned that it sees no signs of respite in the commodities rout that’s eroded profits and threatened dividends for producers.

The freeze applies from the chief executive officer downward, Sam Walsh said in an e-mail to staff, a copy of which was obtained by Bloomberg News. London-based Rio will limit travel expenditure and further scrutinize spending on contractors and consultants, Walsh wrote in the Jan 12 e-mail.

Flipkart’s new CEO appointment and its subsequent management rejig has had an unexpected fallout – Chief Product Officer and former Google executive Punit Soni shall be soon leaving the company. When contacted, Soni said that he couldn’t talk about the matter at the moment.

The state government had, about six months ago, mandated online buyers who bought any product exceeding Rs 5,000 in value to file a VAT declaration.

#general: Global farmed shrimp prices to remain firm through May; US buyers in strong position

Global shrimp prices are expected to remain firm through May 2016, which will likely be followed by a softening of prices on the back of production growth worldwide, multiple sources told Undercurrent News.

One executive with a large importer based on the east coast of the US, who preferred not to be quoted by name, said shrimp output will be short until May and prices will remain firm until then. Another east coast importer, who also did not want to be quoted by name (source A), added that the price increase could range from 3% to 5%.

Ramesh Damani has staged a shocking somersault by declaring that he does not like Banking stocks. With this, he has joined ranks with other elite stock pickers like Dolly Khanna, Vijay Kedia, Ashish Kacholia, Porinju Veliyath & Prof Sanjay Bakshi, all of whom have consciously stayed away from Bank stocks.

Video-streaming service provider Netflix Inc’s subscribers will no longer be able to use proxies to watch content not available in their home country.

Subscribers often resort to proxies, or servers that facilitate access to Internet content not available locally, to watch Netflix’s popular shows such as “House of cards” and “Orange is the New Black..

“What is happening is really very much an emotional response,” Cohen told Elliot Gotkine on Bloomberg Television. “We need to put things into perspective. Stocks are probably the best place to be.

In a boost to the government’s plans to monetise idle gold assets with households, the recently launched Gold Monetisation Scheme has received deposits totalling 512 kg.

Betting on the Blind Side

Probably Everything You Need To Know About Bear Markets

What are Bond Yields?

What I Learned from Losing $200 Million

1. Market bottoms are not made on a dime, but such reversals happen like a huge Oil Tanker turning at sea.

2. “Not all unique strategies win, but all generic ones, over time, fail.  Markets are simply too efficient to give awards to me-too’s.

What is your unique edge as a trader?  It’s not enough to say you have great motivation, great intuition, great chart reading skills, great fundamental knowledge, etc.  If you can’t explain your specific trading edge clearly–if someone learning what you do doesn’t have the reaction a first time visitor to DeCicco’s has–you are almost certainly too generic.

Q: Is it possible that momentum movers on certain categories take a pause and then move again? In some momentum picks makes sense to wait and in some to exit soon as momentum stops. Is there any clue to this in the category under which it enters momentum – Ex: Volume shock momentum stocks move again later but monthly high and MACD crossover don’t necessarily repeat momentum? Been meaning to study the history for clues.

• Momentum should be looked at in the market perspective, and in a downmarket we should be more aggressive about exiting when momentum fails. This makes sense as when a trend is down it’s better to exit than to get out because it can get worse.

• There is a potential that the entire market might need a pause, in which case we should reconsider position size itself or to build positions through pyramiding rather than all at one shot.

Q:How do you transfer shares from one demat to another demat account of your own name?

• Best and easy way is just provide the CMR (Client Master Report) copy of your new broker to your old broker with account closure form. It will be automatically transferred without any DIS slip and at no cost.

Q: When is it a good setup for long trade?

•
A hammer after a big downtrend and then trading above the high of that hammer the next day.

• Next day = Next Candle as well. It can be  on weekly too, or even on hourly many times intraday bottoms are seen after a hammer on 5 mins or 15 mins.

Newsletter: Blinded by the past, Chasing perfection, Putting probabilities in perspective & More

. 🔆 Psychology: Your memory may blind you from the future 🔆 Frameworks: When does value investing gives value? 🔆 Psychology: Chasing perfection in ...