While December 2015 Inflation came in at 5.6%, the highest since September 2014, we think the data suggests this move is temporary and that inflation may actually be rolling back down again.

The reason: a base effect last December. There was a dip last December and there’s been a slight dip from the trend this year. The difference is just wider. 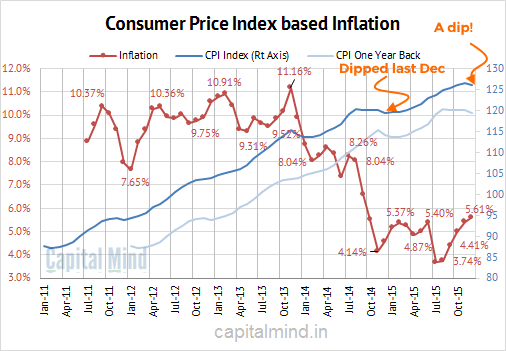 While urban inflation is benign, we seem to see a major increase in rural inflation to 6.32%. This is probably because food forms a bigger part of the consumption basket in the rural areas, versus urban. And food inflation has gone up. 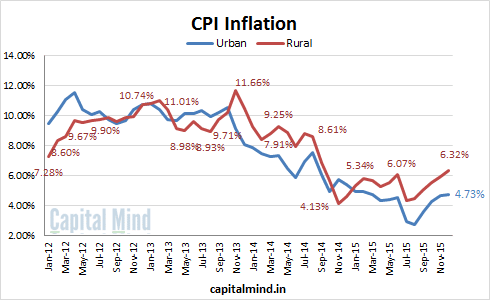 Component wise, food costs are higher, as are housing, medican and transport costs, than most of the last year. 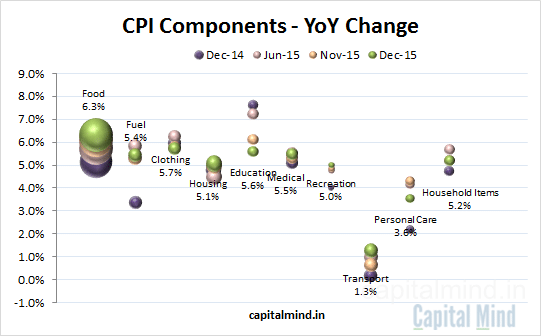 Our View: Is this just temporary?

While aggregate data shows that prices are higher, some of that is because of high food inflation. The “core” inflation – that is, non food, non fuel, inflation is still at 4.5% and not looking like it’s going up. 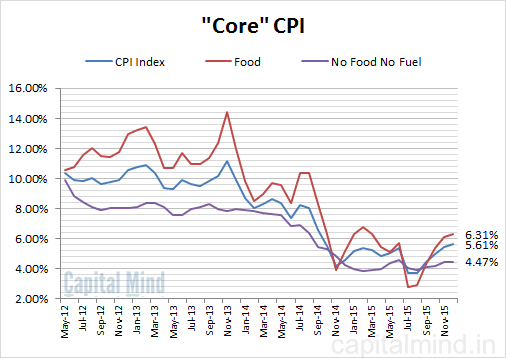 Secondly, month on month inflation has dipped sharply, and so has quarter on quarter inflation. (We annualize the two numbers in the chart below) 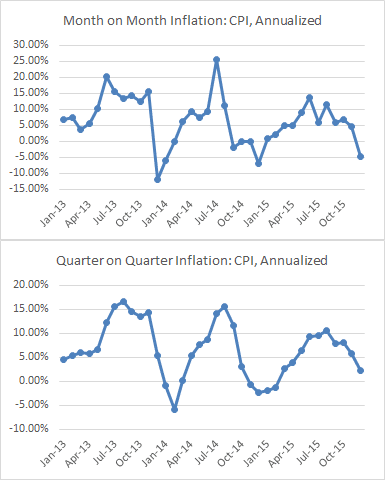 This is a high headline number, but it does look temporary when you analyze the data further. Now if the government were to allow fuel prices to actually fall, inflation would really not be a concern!

Overall, this report should not change the RBI trend on cutting interest rates. Their goal is to keep inflation less than 6% and it’s likely to be that way.  They might choose to wait for the budget, but other than that there’s no reason to keep rates very high right now.