As part of our year-end special pieces, we will be analyzing the markets to identify those companies that have done exceedingly well over the last 12 months (ending Dec 31, 2015).

As part of this series, in this post, we will talk about the performance of the Large Caps in this market. The Nifty has taken a severe beating this year, and as of now, is 5.1% down for the year! However, there are several Large Cap companies that have not only beaten the Nifty, but have contrived to give their investors some absolutely smashing returns this past year!

Wow. What a year it has been for Rajesh Exports. The company’s stock has shot up over 379% from its opening 2015 levels! Pretty monstrous rise, considering the Nifty has moved down 5.1% this calendar year. Why did the stock perform so well?

It is currently valued at 22.3 times trailing earnings, while it started the year at 9.8 P/E. It’s a story of their valuations catching up through the year; the investor getting more bang for the company’s buck basically.

Rajesh Exports is a company involved across the value chain in the gold refinery and retailing business.

Going forward, their stated objective is to concentrate on

Moving further up the value chain and towards the retail consumer, this is the next logical step for their business. Still fairly cheap at 22.3PE, this is a stock to surely watch out for!

What is this? An Oil company has been an out-performer? Yes, pretty surprising given Crude Oil’s rapid descent this year. However, Essar Oil has managed to not only stay above the water, but to paddle away and surf the waves too! A 141.6% gain has greatly surprised their investors. 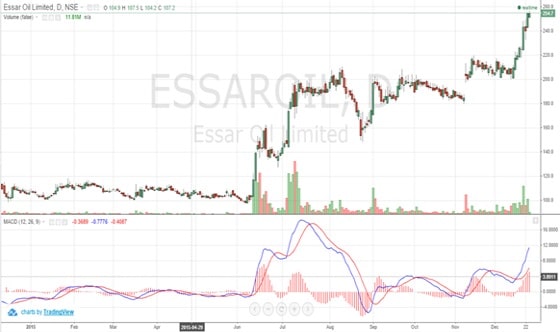 Essar Oil is a curious case. A closer look at their performance reveals that in the last 12 months, the company had Net Profits of Rs. 1,862 cr. while in the preceding 12 months Net Profits were Rs. 1,985 cr. Borrowings were also slightly up during the period. How then, did the price shoot up so much?

Simple – the company is de-listing their equity shares. And the discovered price through a Reverse Book Building, is way more than the Rs. 107 that its stock was trading at in January 2015!

In June 2015, Essar Oil conveyed to the Exchange, its plans of de-listing the company’s equity shares. At around the same time, news of a Rosneft-Essar Oil deal worked its way through the markets. There was also a major burst in volumes traded in that period, as investors realized what was happening. The promoters were looking to buy back non-promoter share-holding of 28.54% through the de-listing, after which they would sell 49% of the company to Rosneft.

The next best performer is the diversified player, 3M India. They saw their share price jump 76.7% this calendar year. 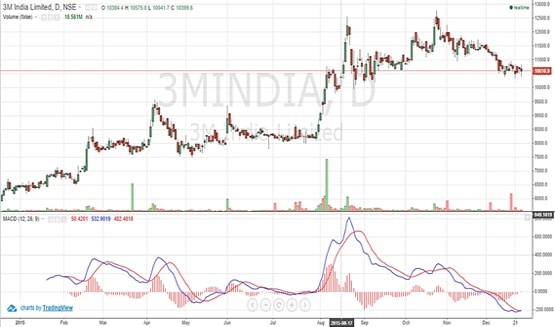 Looking at the reasons behind its meteoric rise:

Having said that, the company is still expensive, so there must be considerable growth opportunities priced into the stock at the moment.

The first of the 2 Finance stocks in the Top 10, is Bajaj Finance. 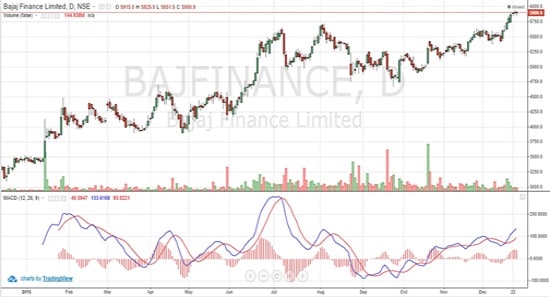 Look at this for a reason behind their stock’s surge:

A fantastic interview with Sanjiv Bajaj, MD of Bajaj Finance by Latha Venkatesh at CNBC-TV18.

Next up on the list is a Vehicle manufacturer – Ashok Leyland. 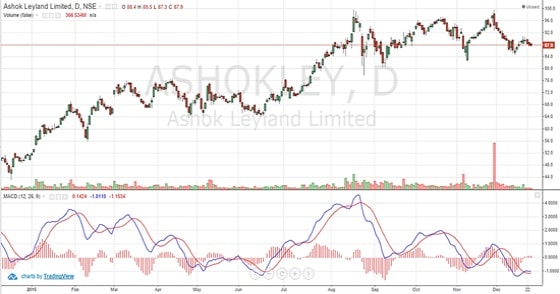 As you can see, a beginning-year price of Rs. 51.40 to a closing price of Rs. 87.90 – a gain of nearly 71.0%. It has been a steady rise throughout the year. Let’s see what prompted such a fantastic performance.

The interesting point to note, is that the stock has actually become cheaper compared to its December 2014 valuation levels. From a P/E of 52.45 to a current level of 35.50. 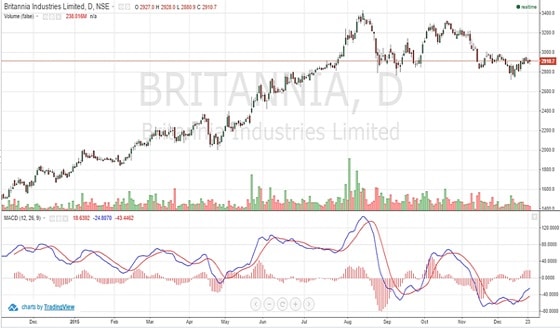 Consumer demand could pick up the next few months.

Coming in at a close No: 7, is IndiaBulls Housing Finance, our 2nd Finance company in this list. This sector that has been ripe with good stock picks and investor darlings. Gruh Finance, Can Fin Homes, Repco Home Finance have performed well with the latter appearing time and again in our Capital Mind Outliers. Abbott India is the first among our 3 pharma entries in the Top 10 this year. The company’s stock has returned nearly 58.0% in 2015! 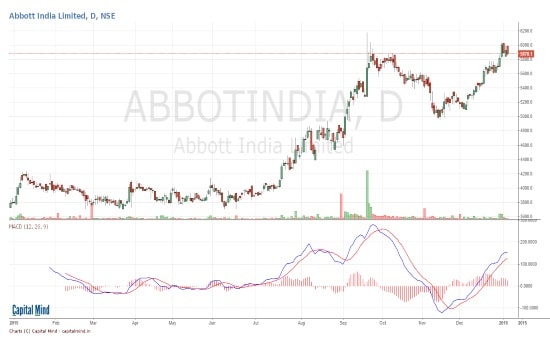 So why did its stock price shoot up so much?

From start to finish, Abbott India’s name was on top of everyone’s list as the company has emerged as one of the fastest growing pharmaceuticals companies in the country.

With key business segments showing high double-digit growth, Abbott’s revenue in 2014-15 grew an impressive 25.7 per cent and net profit was 44 per cent higher compared to the annualised figures of the previous year. While it has best-sellers such as Brufen and Digene, three of its products feature in the top 10 domestic products by sales in the last 12 months ending October. Abbott also has a portfolio of over 400 branded generics in India and launched 24 new products in 2014-15.

From The Business Standard

The 2nd Pharma company on this list is Alembic Pharmaceuticals. As stated earlier, 2015 has been a wonderful year for Pharma companies, and Alembic Pharma has performed admirably during the course of the year. A return of 56.4% for its investors is pretty special indeed. 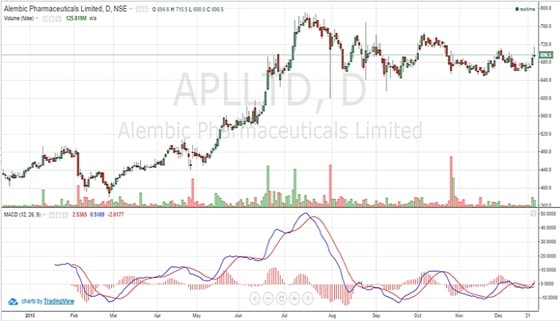 Indeed, why did Alembic Pharma do so well as compared to its peers in the large-cap Pharma space? 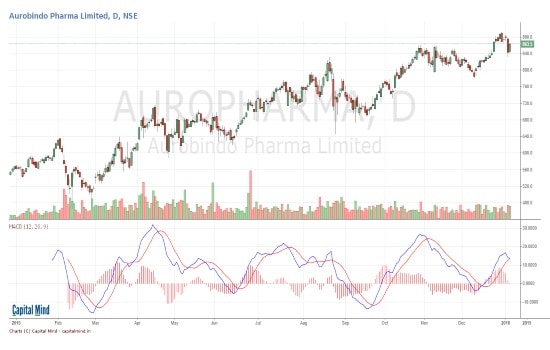 Aurobindo Pharma rounds up our Top 10, with its stock returning 54.30%, thus marking an incredible year for the Pharma story in India in 2015. Auro Pharma’s stock too, hit its all-time high of Rs. 891.5 in the 2nd last day of the year!

Reasons behind its rise:

And there we have it. The Top 10 Large-Cap stock performers for the 2015 calendar year. There have been some stand-outs there, but the interesting thing would be to see if these companies can continue their incredible growth stories in the year ahead, or if they will suffer in yet another of those dreaded bear market
runs.

Next up, is our list of the Top 10 performers in the Mid Cap space. Watch out for that soon, only at capitalmind.in!