We have written earlier about the royalty issue between Monsanto India, Indian seed companies and various state governments. On December 7th the ministry of agriculture has issued a notification according to which the government would be regulating seed prices and also fix the trait value/ royalty to be paid to the technology provider i.e. Mahyco Monsanto Biotech Limited(MMBL). At present the BT II cotton seeds are sold at different prices in different states and there has been a serious battle between MMBL and the Indian seed companies wrt the royalty payments. The Cotton Seeds Price (Control) Order states that a 7 member panel would be set up to fix the seed prices as well as the royalty/trait fee. It would be interesting to see what price and trait value the panel fixes for the next season. This is the Outcome#3 which we have reported in the previous article.

The prices of BT II cotton seeds have only fallen in the past decade and the Indian seed companies have never had any pricing power. If this price control act will be applicable for any future seed technology such as BT III, Monsanto will have serious issues.

But what about the refund of the past royalty payments in excess of the stipulated trait value? Is MMBL paying it back to the seed companies? Not really! The case is still pending in the court and nothing is clear about this aspect of the case.

Meanwhile Kaveri Seeds has reported a net loss of ₹ 47 crores for the second quarter of the current financial year. Though Q1 forms the major chunk of the sale, the numbers for Q2 were affected due to a ₹ 55 Cr write off on the account of return of non cotton seeds particularly maize. Here are few charts which provide a financial snapshot of the current year’s performance. 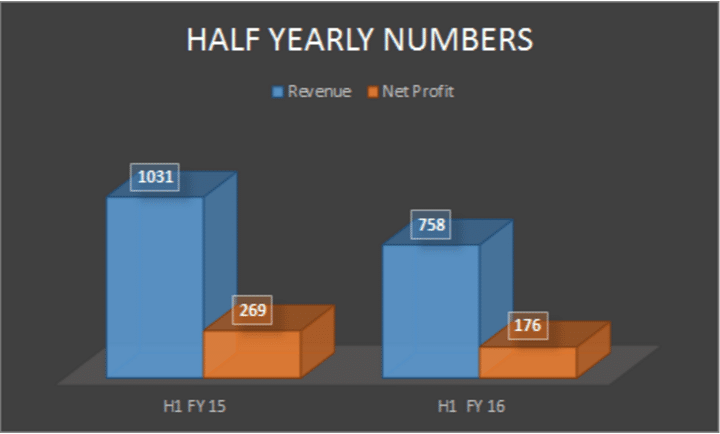 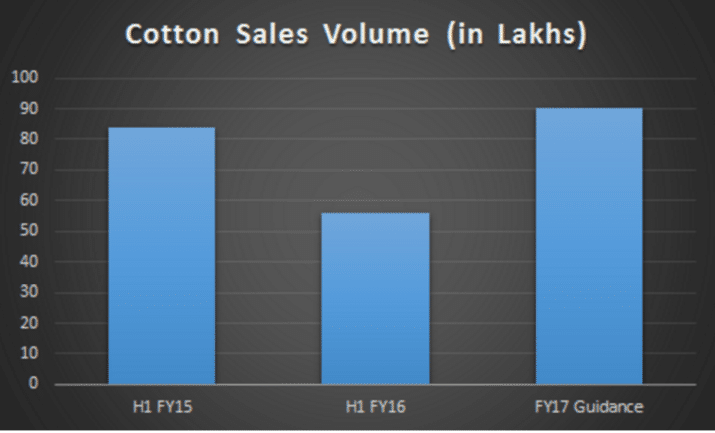 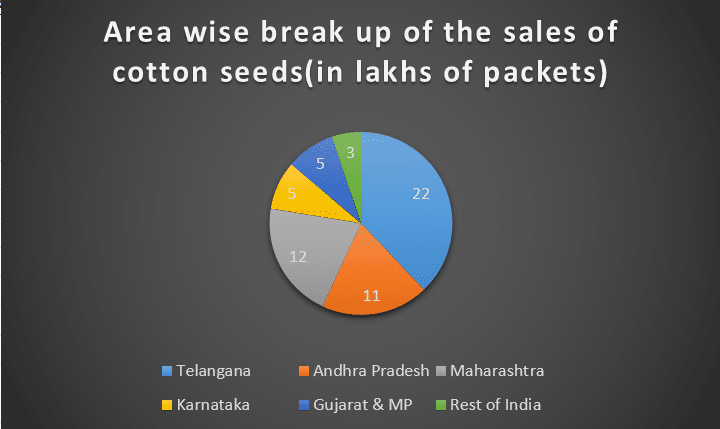 KSCL has brought down its average collection period from a high of 130+ days to around 30 days from FY08 to FY12, but it has shot up from the past couple of years indicating potential collection issues. Collection Period refers to the average amount of time the company takes to collect cash from its debtors. The management has mentioned that they have done only cash sales in the current year to avoid potential collection issues. In spite of that there is an increase of ₹ 23 Cr of receivables in H1 FY16. Isnt this a contradiction? 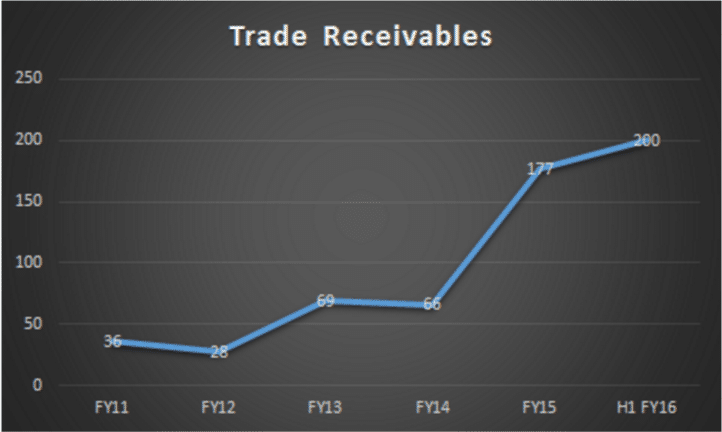 They have also stated that any outstanding  receivables of more than 2 years are being written off.  KSCL has written off around ₹ 20-30 Cr of receivables post September 2015. This is around 30-40% of the receivables for FY14. Considering a similar percentage we might see a hit of ₹ 50 – 70 Cr on the bottom line in FY17!

The demand for cotton has fallen drastically and China, the largest buyer of raw cotton from India has reduced its cotton imports by more than 40%. This fall in demand has led to huge inventories of raw cotton and severe pressure on the cotton prices. In the concall, the management has stated that there has been a shift from cotton to pulses in several regions. They are also expecting a drop in cotton acreage from an earlier estimate of 4.4 Lakh acres to 3.8 Lakh acres.

Traditionally owing to various uncertainties, the seeds industry always had higher levels of inventory. Average days of inventory indicates the duration for which the inventory is stuck up with the company before its sold. This is an important indicator because seeds have a limited shelf life. The write off which impacted the profits in second quarter has occurred primarily due to lower shelf life of maize seeds. Here is a quick trend of the average days of inventory. Bottom Line: Considering the potential write offs that we might see in future owing to collection issues, and the multiple variables that can impact the business – bad monsoon, dropping acreages, uncertainty about the cotton prices, KSCL can be given a miss despite a big fall in the stock price. 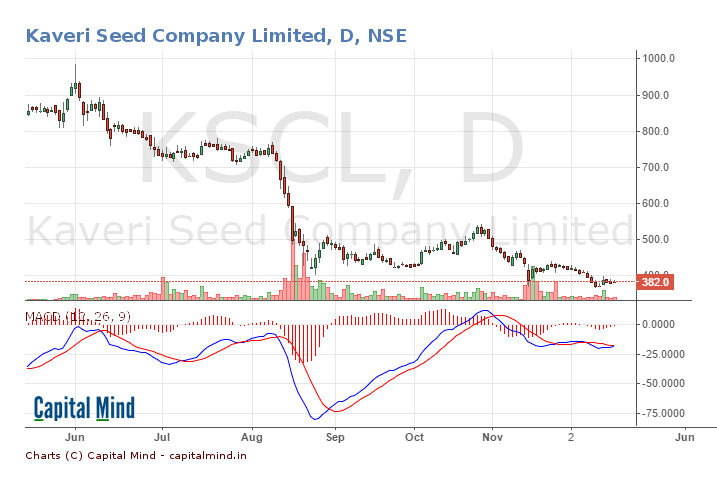